A 'Jumanji' Remake With Dwayne Johnson and Kevin Hart Is Possible... 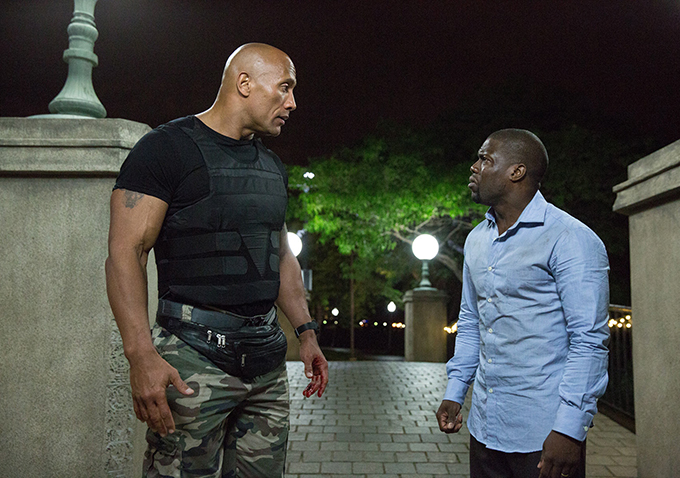 They must have had so much fun together filming "Central Intelligence" which will be out in June, as well as co-hosting the 2016 MTV Movie Awards just last week, because Dwayne Johnson and Kevin Hart are said to be in early talks to star in Sony’s “Jumanji” reboot.

Jake Kasdan is directing from a script written by Scott Rosenberg and Jeff Pinkner, based on a draft by the original writers, Chris McKenna and Erik Sommers.

Principal photography is expected to start this August in Honolulu, HI, with a July 28, 2017 release eyed.

Sony Pictures announced their plans to film a remake of the film last summer – news that was met with much ire from fans, in part because the news came just one year after the death of Robin Williams who starred in the 1995 movie which was directed by Joe Johnston.

Like the first film, the upcoming reboot/remake will be an adaptation of the 1981 children’s book of the same name by Chris Van Allsburg.

The story centers on 12-year-old Alan Parrish, who becomes trapped in a board game while playing with his best friend Sarah Whittle in 1969. Twenty-six years later, siblings Judy and Peter Shepherd find the game and begin playing and then unwittingly release the now-adult Alan. After tracking down Sarah, the quartet resolve to finish the game in order to reverse all of the destruction it has caused.

No word yet on how the new film’s story will unfold with Johnson and Hart starring (assuming deals are worked out).

The first "Jumanji" was a box office success, grossing $262.8 million worldwide on a budget of approximately $65 million, and was the 10th highest-grossing movie of 1995.

Both Johnson and Hart are ridiculously busy, with as many as 14 movie and TV projects between them, all scheduled to premiere in the next 1 to 3 years. This will be just another one to add.

Variety was first to report the news of Johnson and Hart being in talks.