In an interesting turn of events, Amber Stevens West went from starring in one show to starring in another — on the same day.

Stevens West, notably known for her role as a series regular in Freeform (then ABC Family)'s Greek and a role in 22 Jump Street, was cast in the popular NBC sitcom, The Carmichael Show, which ran for three seasons on NBC before its untimely cancellation. She starred in the show alongside its creator, Jerrod Carmichael, as well as Lil Rel Howery, David Alan Grier, Loretta Devine and Tiffany Haddish. Known for its spicy political and social commentary on current events, social media was filled with furor upon the announcement of if its cancellation by the network.

Soon after that announcement made it to the press, Stevens West had already lined up her next gig.

Ghosted is a buddy comedy, which premiered on Fox last Sunday.  Led by Adam Scott and Craig Robinson, their characters are personally selected to be part of The Bureau Underground, a secret government agency that explores and handles all things that deal with paranormal crimes.

"It’s got a bit of this fun adventure...sort of like Scooby Doo kind of thing going on. It’s very fun," said Stevens West." The sky is the limit for the kind of characters we come in contact with because it's all things outside of science, so we can make up any sort of monster, alien or ghost we want to deal with." 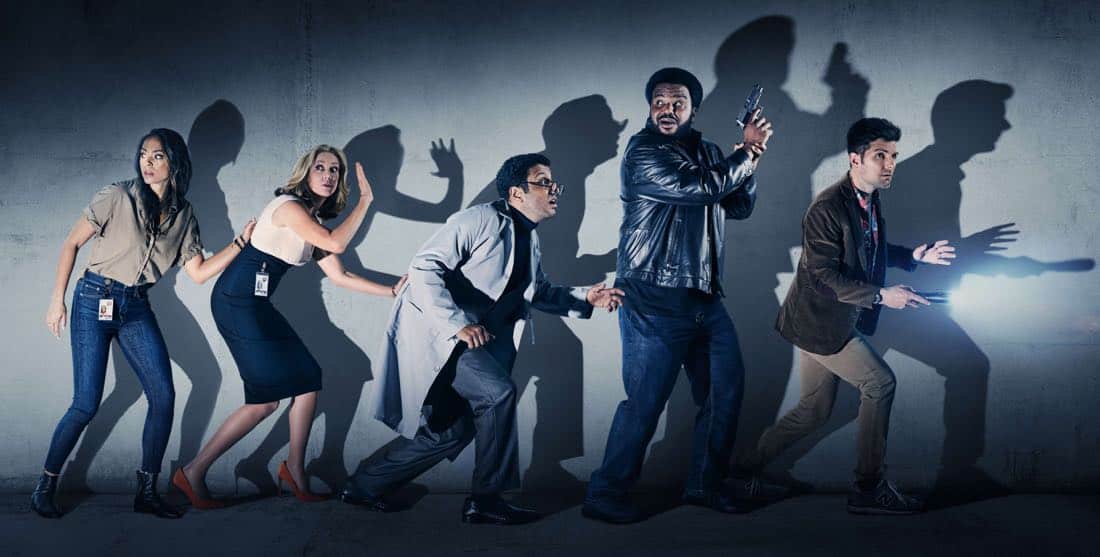 Her character Annie is a weapons and tech specialist at The Bureau Underground. "She’s the one building all the crazy fun weaponry to combat these different creatures and she knows how to hack computer systems and security systems, so she’s kind of a badass character. She’s good at combat and all that stuff. It’s pretty fun to play someone so badass. It’s definitely a departure from what I was doing last at The Carmichael Show."

The way Stevens West ended up on Ghosted was in a pretty unconventional way. "It was a very lucky turn of events for me because I was working on The Carmichael Show all year long, so I didn’t participate in pilot season or anything," the actress said. "So Ghosted was made and they ended up wanting to change one of the characters on the show, and it just so happened that The Carmichael Show was canceled and Ghosted needed a character at the same time. It was an interesting afternoon for me because I had gotten a phone call from Jerrod saying that we weren’t going to make the show anymore, and a half an hour later I got a call saying Ghosted wanted me to come and test for the show. I actually happened to be on a road trip to Vancouver so once I made my way to Vancouver, I had to slide back to LA for one day to test with Adam Scott and the producers. Then I found out I got the job so I jumped from one gig to the next pretty quickly. And I feel super fortunate."

On working with Scott and Robinson, Stevens West said: "They are so much fun. They are so great. They are really professional and come really prepared to work every day. When you are so prepared, then you can play on set. You know exactly where the scene needs to go and how best to execute what we need to achieve. So then they can go on fun tangents and do a lot of improv and stuff. They are a blast to watch and work with and learn from. They are really nice dudes. I feel really fortunate. There are no egos on the set."

During its three-season run, The Carmichael Show received critical acclaim and had a cult-like following. When asked what her most memorable moment from the show, she said, "Oh my gosh, that’s such a hard question to answer!"

But her most memorable Carmichael moments are things that we didn't see. "The in-between stuff that people don’t see at rehearsals. We’d get easily distracted and get into long, deep political conversations about what is going in the world. The premise of the episodes would launch us into long discussions about our own personal thoughts about the subject. Also, every since one of us sings and then you have David and Loretta from Broadway. We’d break out into singing Dreamgirls and doing the dance numbers. Those are some of my fondest memories, enjoying each other’s company at work."