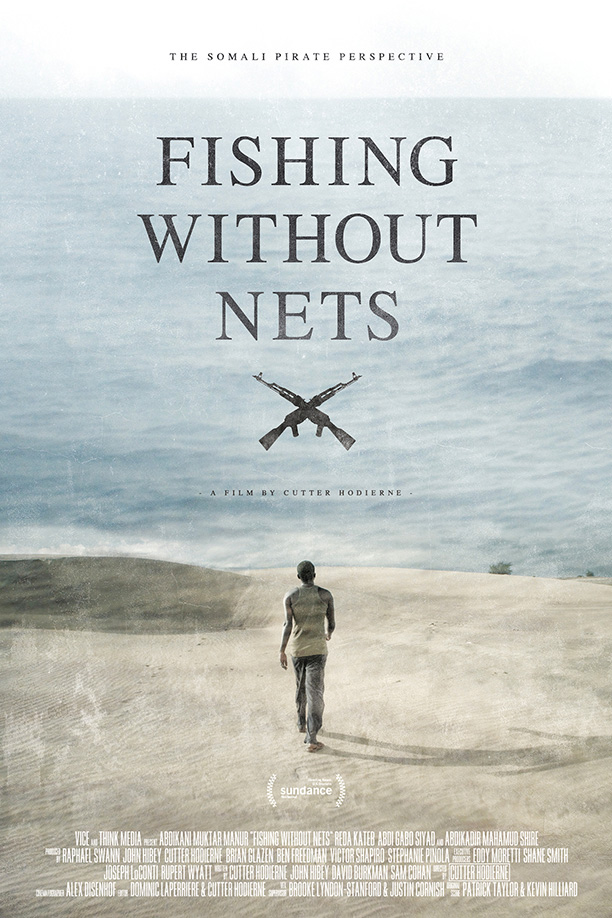 "Fishing Without Nets" is now available to download on iTunes in the USA.

When Cutter Hodierne’s short film, "Fishing Without Nets," won the Grand Jury Prize for Short at Sundance in 2012, his treatment of the theme of piracy in Somalian waters ran somewhat contrary to the news stories and big budget films being touted by Western media at the time (and, predominantly, since) and instead told a story from an alternative perspective.

Like the short, the feature length version of "Fishing Without Nets" is set in Somalia and tells the story of a humble fisherman, Abdi (played by Abdikani Muktar Manur, whose real life was inspiration for the film). From the only clan to fish the Northern waters, waters now ravaged by pollution and depleted of fish, Abdi’s livelihood yields less than his father and previous generations were able to reap, making it hard for him to provide for his wife and infant son. With war and poverty having ravaged Somalia, and eager to maintain his honour as a father and husband, Abdi decides to pay smugglers to take his wife and child to Yemen, with the hope that he can raise enough funds to join them later. Out of desperation to be reunited with his family, and despite his fears and reservations, Abdi reluctantly joins a band of pirates who dream of hitting the big time.

Going from the personal to the commercial, the film deftly portrays the stratified chain of command of this, and indeed any, organisation. At the very top, are people we never get to see, who treat piracy purely as a business, and who conduct negotiations, shifting goalposts and revising forecasted targets as and when necessary. Further down, we have a seemingly senior figure (personified here in the character nicknamed Mr Chairman) who understands the day to day running of the business. Below that we have junior management who commands, rallies and ensures that order is maintained and instructions followed. It’s this rank who recruits the less informed, less savvy and more pliant but potentially restless young men whose minds and bodies can be trained and molded to suit purposes.

Although among this lowest rank, Abdi does have some greater value to the group as, in order to get a good haul, the pirates plan to move further into deeper water and need to navigate the lucrative shipping lanes, a skill which only Abdi can provide.

It soon becomes apparent, however, that the chain of command in this operation is a rather tenuous one, not helped by the fact that drugs and ego seem to fuel the lower rungs much more than knowledge or commitment to any cause beyond short-sighted personal gain. Pretty soon, suspicion and speculation take the place of fact, the mayhem and madness that ensues is really bad for business.

In the midst of all this, pining for his family and fearing he may have inadvertently made things worse for them, Abdi realises he’s as much as prisoner as the white hostages the pirates take.

Although it takes the alternative view to the Western perspective on piracy in East African waters, "Fishing Without Nets" should not be viewed as sympathetic to the cause. Indeed, as suggested earlier, no cause beyond personal gain is ever portrayed. In a bizarre twist of circumstances, familiar scenarios are played out in reverse, with the value of white men being viewed and treated as tradable commodities by black men. However, while it plays a small yet significant part, race isn’t the main factor in "Fishing Without Nets." What it does do is take a desperate situation in which desperate and pliable people can be used as pawns in a game which is far greater than they can imagine. It also seems to beg the question: can one participate in the game without forfeiting any sense of compassion, honour or dignity, and still expect to be considered a winner?