It is safe to say that Trinidad and Tobago is leading the charge for the development of a lucrative film industry in The Caribbean. We have seen island nations like The Bahamas, Jamaica, and Barbados thrive at creating international film festivals, and  the Dominican Republic is doing wonders locally in terms of box office numbers regarding content coming from its local filmmaking talent. But Trinidad and Tobago, the twin island republic, leads for mainly two reasons.

One? The best and most imaginative films have come from under the T&T banner over the last five years. And two? As a nation, they have done more to unite the region under one regional film idea and market. Many of us in the region are beginning to call this idea “Cariwood.” Cariwood, like Hollywood (in America), Bollywood (in India) or Nollywood (in Nigeria) is this idea of a sustainable Caribbean Film Industry.  Although it mostly exists it in theory at this point (as the region still has a ways to go in manifesting a Caribbean film infrastructure), if the race to Cariwood is on between Caribbean countries, it is looking like Trinidad and Tobago will cross the finish line to her first.

As for the best and most imaginative films from Trinidad and Tobago, I had the pleasure of screening two of them at the 2017 Cannes Film Festival in May. Both were screened in the Marche Du Cinema (the non competitive marketing arm of Cannes). The first movie screened was a film called The Cutlass, directed by Trinidadian filmmakers Darisha Beresford (in an impressive feature film debut) and Teneille Newallo who penned the screenplay. The Cutlass is a beautiful yet harrowing tale of paradise lost (as ‘paradise lost’ is increasingly an all connecting theme and aesthetic of Cariwood). Inspired by true events, The Cutlass centers a young woman named Joanna (played by German born and Tobago raised Lisa-bel Hirschman), who is kidnapped and whisked off into the tropical rain forest of Trinidad and Tobago by a sociopath named Al (played the hauntingly good by Arnold Goindhan). Al charts the rain forest leading Joanna, his prey, with a gun in one hand and a “cutlass” (or machete) in the next. The Cutlass played to sold out audiences at the Trinidad + Tobago Film Festival last September, taking home its People’s Choice Award and Best Feature Film. Also, it is one of three scripts chosen by Film TT (formerly known as the Trinidad + Tobago Film Company) to receive both a grant and investment from the Trinidad + Tobago government. The film is currently gearing for a theatrical run in US cities and throughout the Caribbean next month. 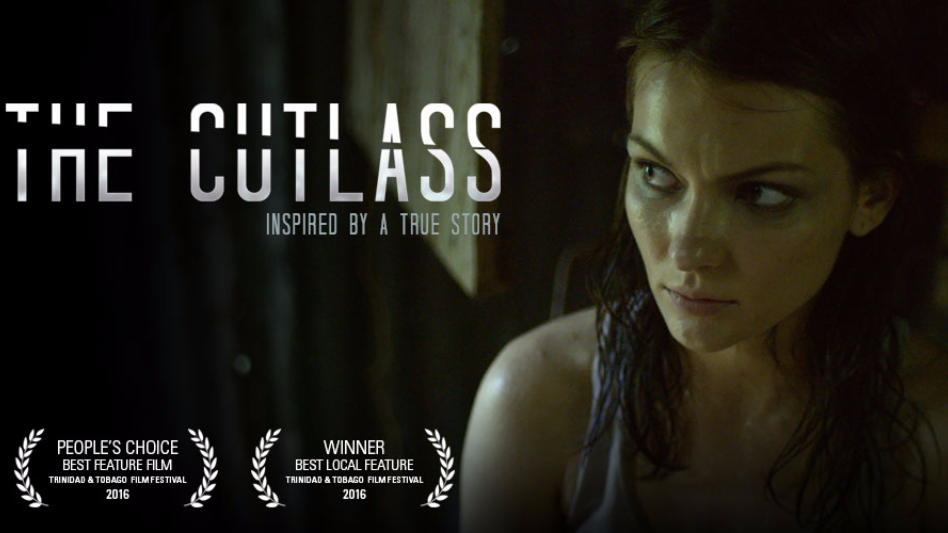 The second T&T film screened at Cannes was a most unusual experience for me. It was a somewhat groundbreaking film by the name of Tomb. I use the word “groundbreaking” because it represents the first of its kind to take on the genre of science fiction. It was also universally refreshing, I might add, to see darker skinned characters take lead in sci-fi flick. The film is written and directed by Nicholas Attin, the filmmaker of T&T’s Escape From Babylon fame. As for story, Tomb follows Commander Nelson Obtala (played by Kearn Samuel) who mans one of the first two T&T space shuttles in the near-future Caribbean space programme. When Commander Charles Mercer’s (played by Gregory Pollonais) ship goes off course, MILO, an AI operating system, causes Obatala to respond to Mercer’s distress signal. This takes them through a wormhole that turns out to be a road to the afterlife. Where Tomb may lack in traditional narrative story elements, it makes up for in vision and imagination. In fact this was probably the point on behalf of Mr. Attin as comparisons’ to Stanley Kubrick’s 2001 A Space Odyssey are unavoidable here. Like 2001, Tomb isn’t so much a visceral experience as it is a cerebral one. As a Caribbean student of film, it was also a most stimulating one. Tomb is currently on film festival circuit. 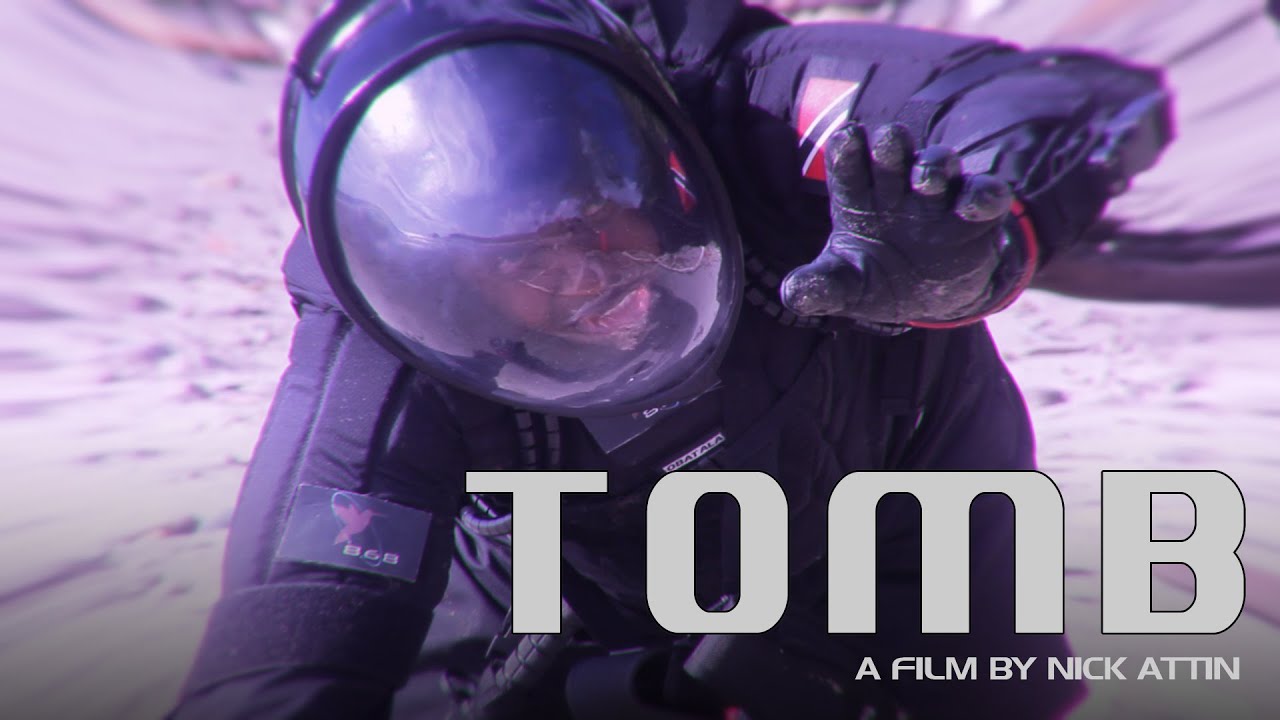 As for my second point on development and uniting the region, the government of Trinidad & Tobago has played an active lead role in developing a local industry. I mentioned the role its Film TT played in making films like The Cutlass, but what cannot go unmentioned is the role its Trinidad and Tobago Film Festival (named one of the 25 Coolest Film Festivals in the world by MovieMaker magazine) has also played. There are many reasons why it one of the “coolest” film festivals but the two that are most worth mentioning are its ‘Caribbean Film Mart’ held at the festival each year, and its ‘Caribbean Film Database,’ which they also launched at the festival. The Caribbean Film Mart which receives scores of applications, gives 15 selected filmmakers (from throughout the region) the opportunity to present their projects in development and pre-production to sales agents, distributors, and representative of film funds from the US, Canada, Europe and Latin America. In a region separated by a sea and several different languages, there is the Caribbean Film Database, a web resource cataloguing over 500 feature films made in the region in the last 15 years from the English-speaking, Dutch, French and Spanish-Speaking Caribbean. The site, which is available in English, French and Spanish, also places a spotlight on Caribbean Women in Film, Classic Films showcasing older, pioneering work and has a short film corner as well. In its resources section, it lists regional film festivals, film commissions and associations and film schools and a bibliography of academic writing on Caribbean film and filmmakers.

Trinidad and Tobago’s Film Commissioner and General Manager of Film TT, Nneka Luke, is also one of the champions of Cariwood. It is under her leadership, specifically, that Trinidad and Tobago remains not just focused on a creating a sustainable local industry, but a regional one. When asked about the state of Caribbean Film she stated:  “In 2017, there are at least four T&T films set to premiere, and at least three of which are focused on international premieres. Vashti Anderson’s Moko Jumbie just screened at June’s LA Film Festival. Storm Saulter’s (from Jamaica) Sprinter, is a film that is being positioned to be an international hit when it releases later this year. And Play the Devil by Bahamian filmmaker Maria Govan had its international premiere in 2016 at the prestigious Los Angeles Film Festival. It opened to excellent reviews, and has since played in many festivals in Europe, North America, India and the Caribbean. For Trinidad and Tobago, we have the amazing example of the Machel-Montano-starrer Bazodee, which played in an unprecedented 120+ theaters in the US, and also has been playing to excited crowds in Toronto and all over the Caribbean. The film sold out local cinemas for several weeks. This demonstrates that there is indeed an audience for T&T and Caribbean films.”