Character Pics + On-Set Footage from Tupac Shakur Biopic, 'All Eyez on Me' 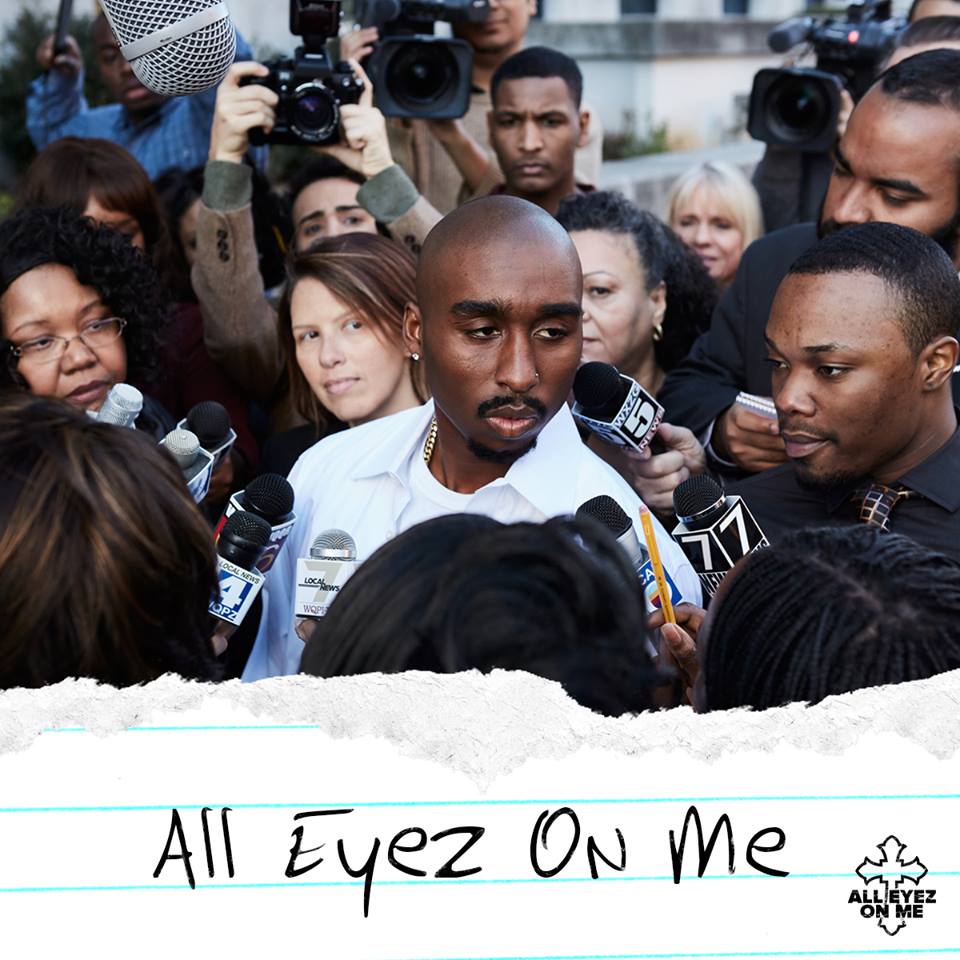 UPDATE 4/27/16: Heading into its final production home stretch, some new teases from the Tupac Shakur biopic "All Eyez on Me" production team, published on the film’s Facebook page. First, a couple of images featuring Danai Gurira as Afeni Shakur, and Dominic L. Santana as Suge Knight. And then a shot on-set clip featuring courthouse footage from the film (a reenactment of the courthouse interview the late Tupac gave during his sexual assault trial in 1994).

You’ll find all previous updates on the film underneath. 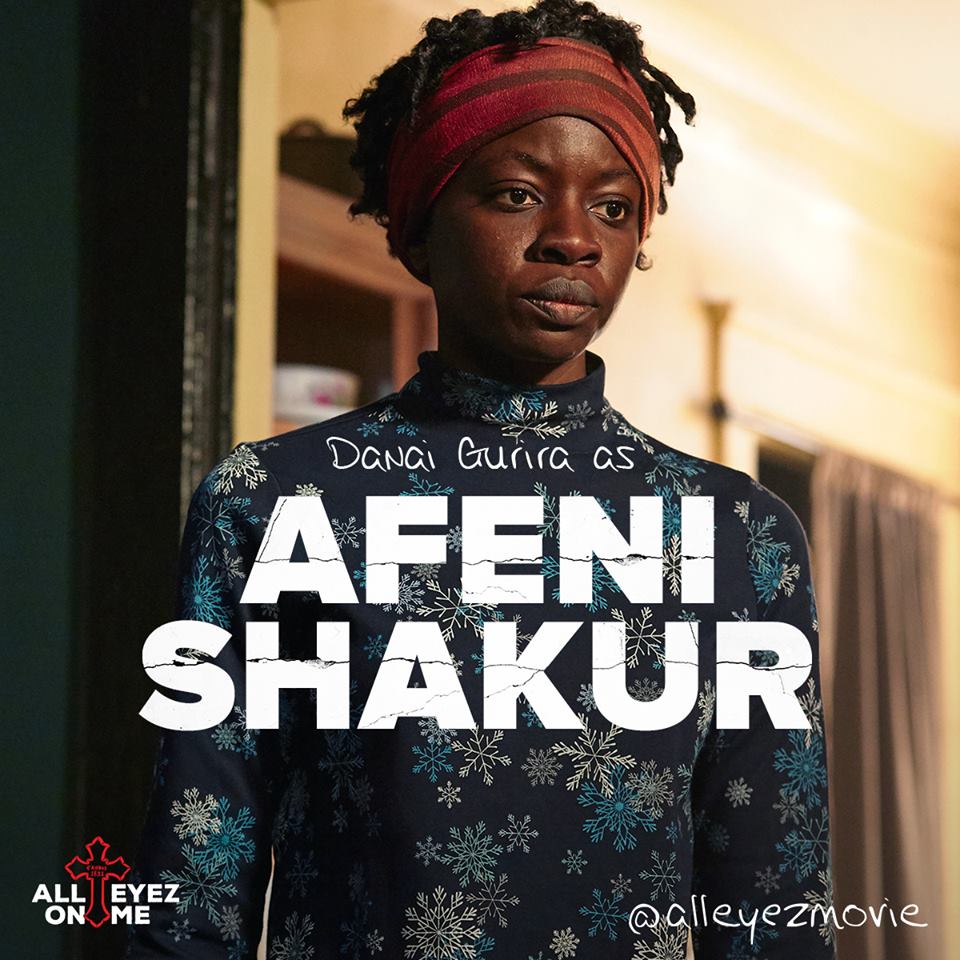 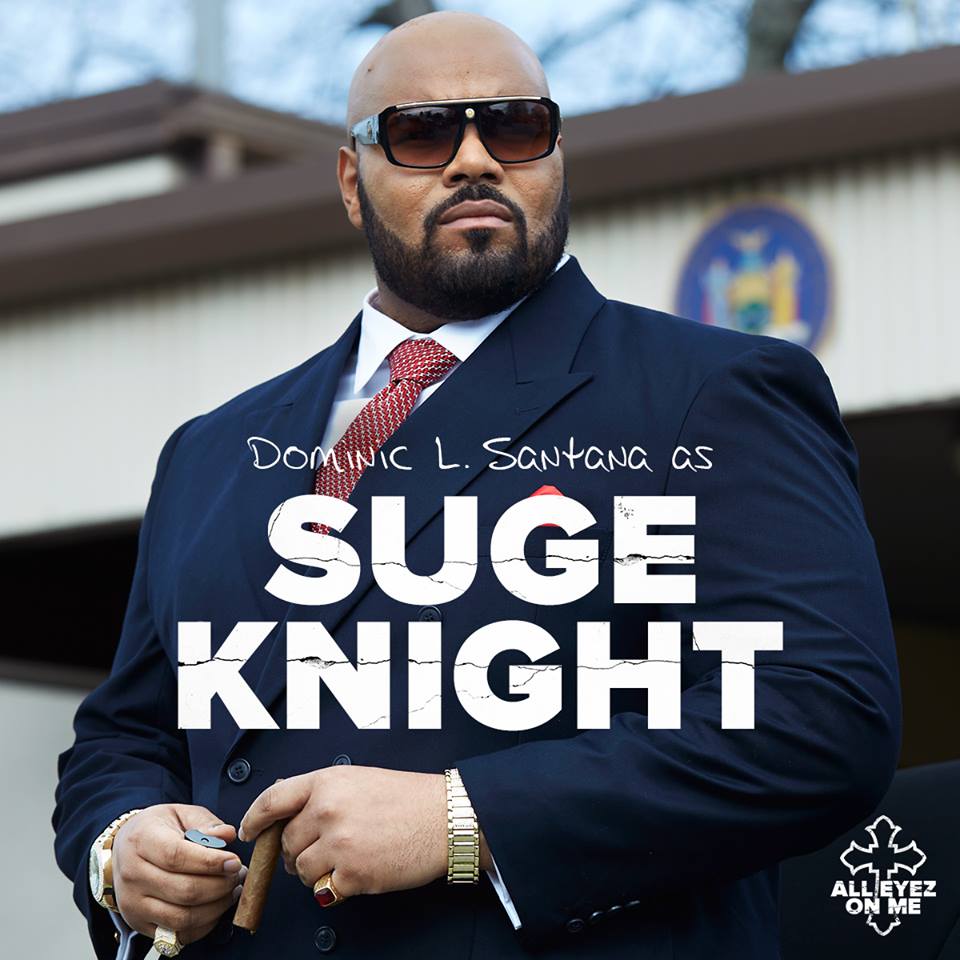 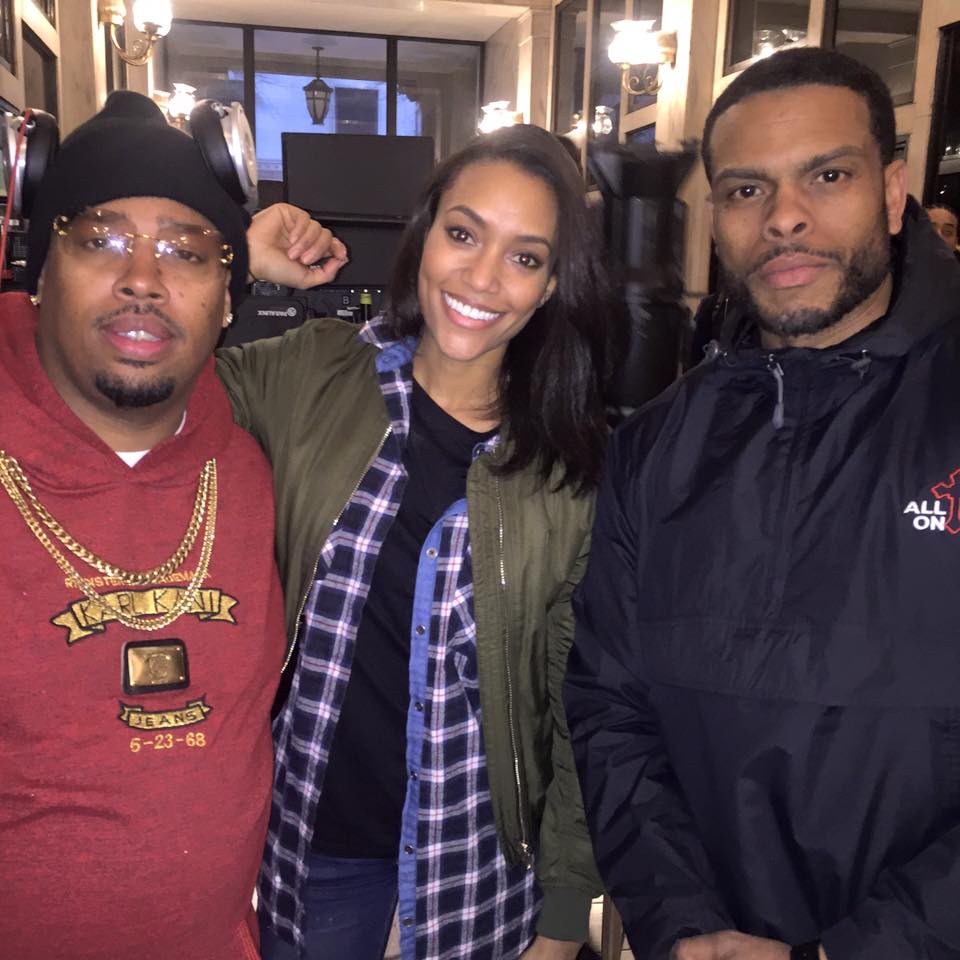 UPDATE 2/19/16: Annie Ilonzeh ("Graceland," "Person of Interest," "Arrow") has joined the cast of Morgan Creek’s Tupac Shakur biopic, "All Eyez on Me," which is currently filming in Atlanta, with Benny Boom directing. Ilonzeh will portray Kidada Jones, daughter of Peggy Lipton and Quincy Jones, who was engaged to Tupac before his untimely death in 1996.

To stay up-to-date on the progress of the production, new Facebook, Twitter and Instagram pages have been set up, where fans will get exclusive, behind-the-scenes looks into all aspects of the movie including information on the newest cast members.

All previous announcements related to the film, including all past casting notices, follow below… 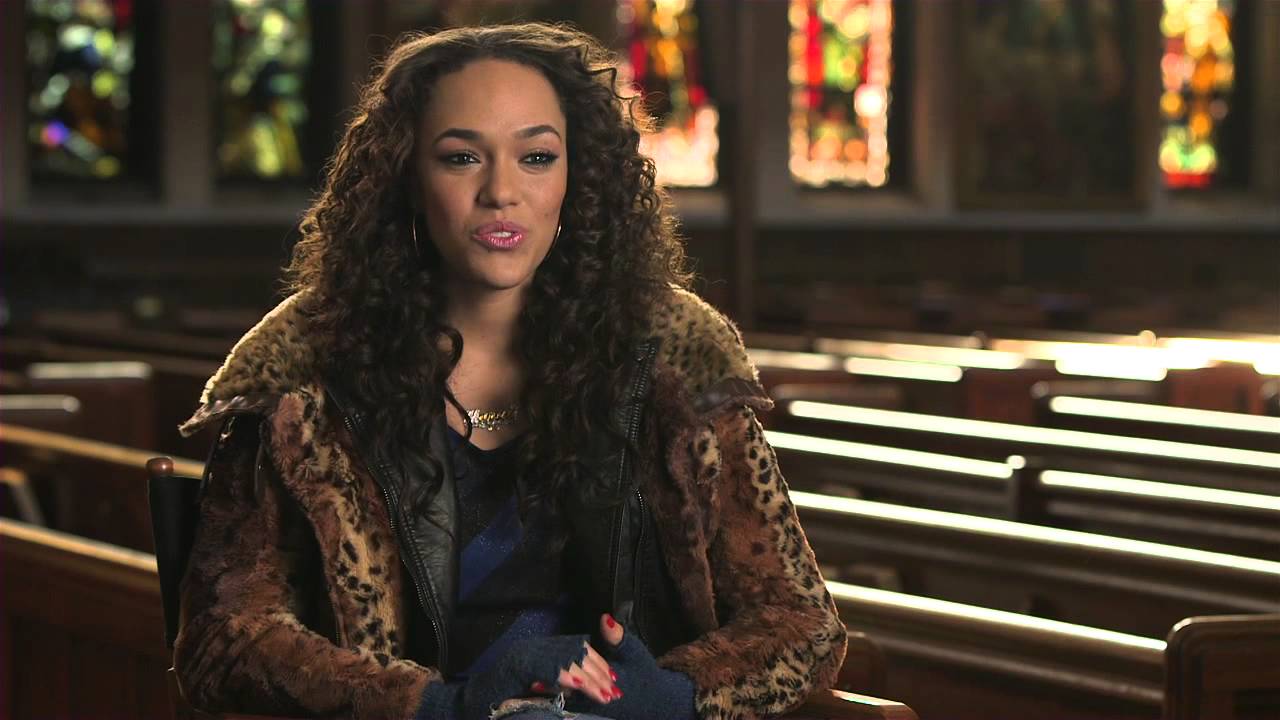 UPDATE 1/19/16: Grace Gibson – Lynn Whitfield’s daughter – has been cast as Faith Evans in Morgan Creek’s Tupac Shakur biopic, "All Eyez on Me," which is currently filming, with Benny Boom directing. Gibson made her feature film acting debut in Kasi Lemmons "Black Nativity" playing Mary. This will be only her second feature film acting gig.

All previous announcements related to the film follow below…

UPDATE 1/15/16: Star of the film, Demetrius Shipp, Jr., has been posting photos and clips from the set of the film on his Twitter page, like the one below which features the actor with his co-star Danai Gurira, who plays his mother, Afeni Shakur. Titled "All Eyez on Me" which also happens to be the title of the 4th studio album by Pac, released in 1996 under Death Row Records, the biopic is being directed by Benny Boom. All previous updates on the project (including casting announcements) follow underneath the below clip:

Everything comin together nicely thanks for all the support!!! #AllEyezOnMe pic.twitter.com/dxAn8e3XLC 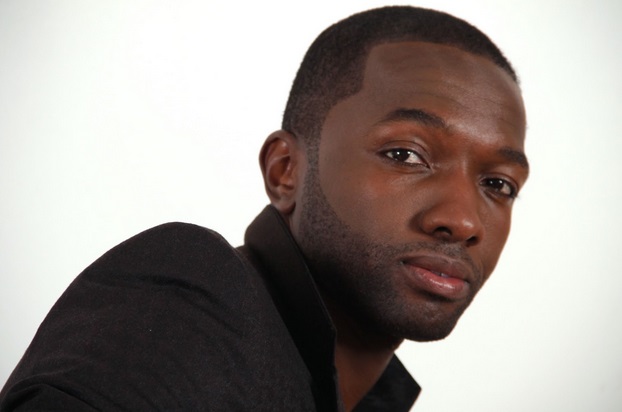 UPDATE 1/13/16: Morgan Creek’s Tupac Shakur feature film continues to build its cast, adding Jamie Hector who will play Tupac’s stepfather Mutulu Shakur, who was married to Afeni Shakur. Titled "All Eyez on Me," the biopic is being directed by Benny Boom.

Hector will next be seen on the small screen, co-starring in season 2 of Amazon Prime’s crime-drama series "Bosch," which premieres in March.

Previous updates on "All Eyez on Me," including all past casting announcements and more, follow below… 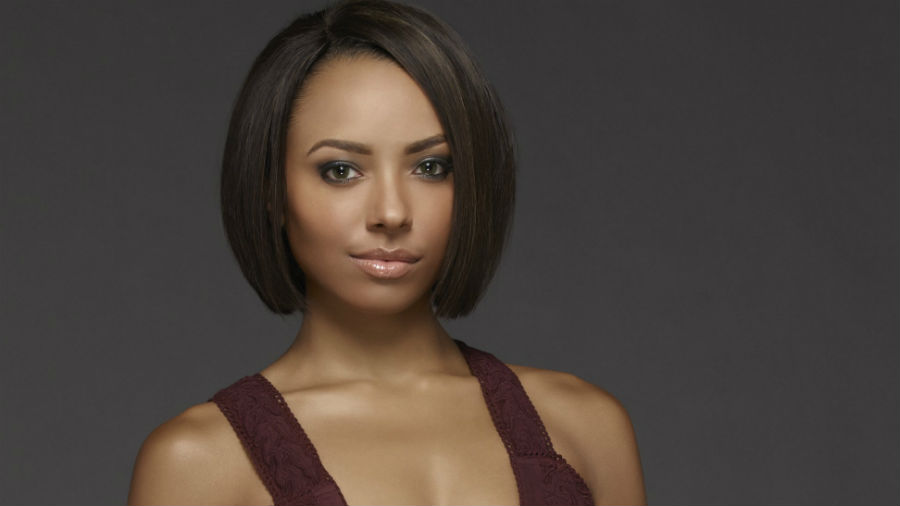 UPDATE 1/12/16: Kat Graham has been cast to play Jada Pinkett Smith in the in-production Tupac Shakur biopic “All Eyez on Me." Graham, the "Vampire Diaries" star, is also currently attached to play Tammy Terrell in an upcoming biopic of the late singer, from writer/producer/director/actress Maryam Myika Day, and produced by Robert Teitel, Rose Ganguzza and Hilary Shor.

The news of Graham’s casting in "All Eyez on Me" was first reported by Variety.

Previous updates on the film, including Danai Gurira’s casting announcement yesterday, follow below… 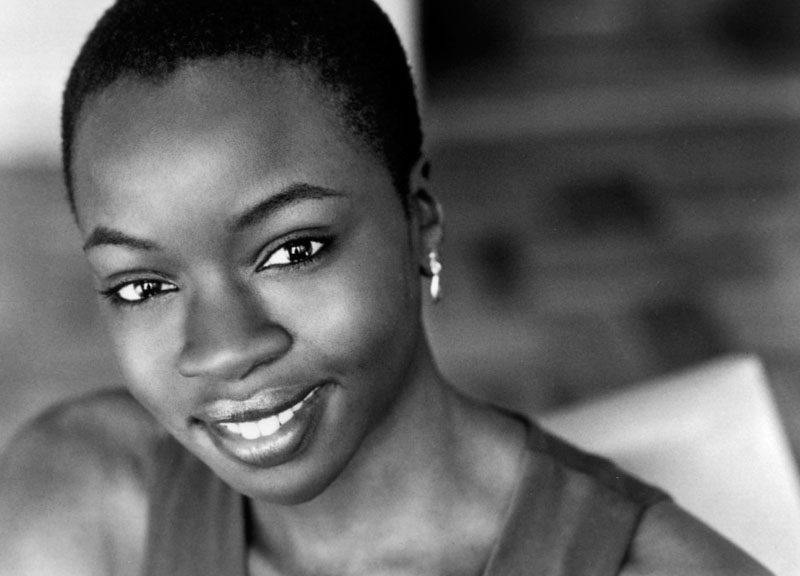 In a move I couldn’t have predicted, Danai Gurira has joined the cast of Morgan Creek’s Tupac Shakur biopuc, "All Eyez on Me." She’ll play Afeni Shakur, the slain rapper’s mother. 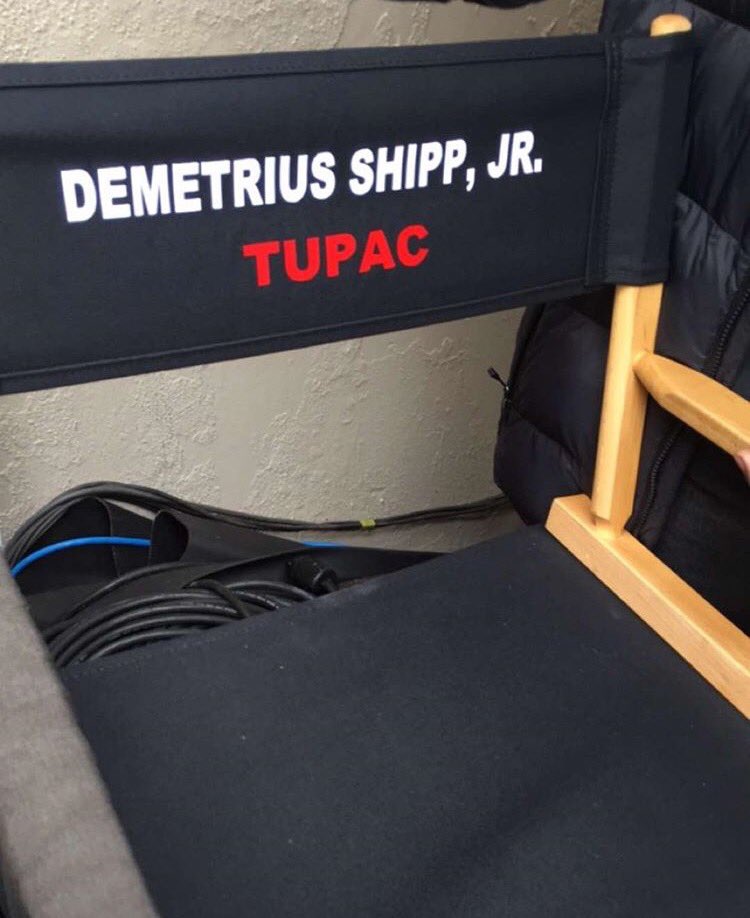 Ms Gurira is certainly busy. After a sold-out run Off-Broadway at The Public Theater last fall, her critically-acclaimed play "Eclipsed" (starring Lupita Nyong’o) next heads to Broadway, opening in February at the Golden Theater. But the playwright and actress ("The Walking Dead," "Mother of George") is already prepping the run of her next play, Off-Broadway at Playwrights Horizons, titled "Familiar."

Preview performances begin Friday, February 12, in advance of a March 3 opening and will run through March 27, which will also be around the same time that "Eclipsed" will be on Broadway. Meanwhile "The Walking Dead" returns for the second half of the season on February 14.

In April of this year, John Singleton exited the project and was replaced by Carl Franklin.

It all started when Singleton shared that his involvement in the Tupac film had been put "on hold," as some key items apparently still hadn’t been completely worked out: "I’m putting my involvement on hold right now because we’re trying to figure out some things," Singleton said, adding, "I got a script and I got the blessings from his family. We’ll see…. We’ve got to get it right." 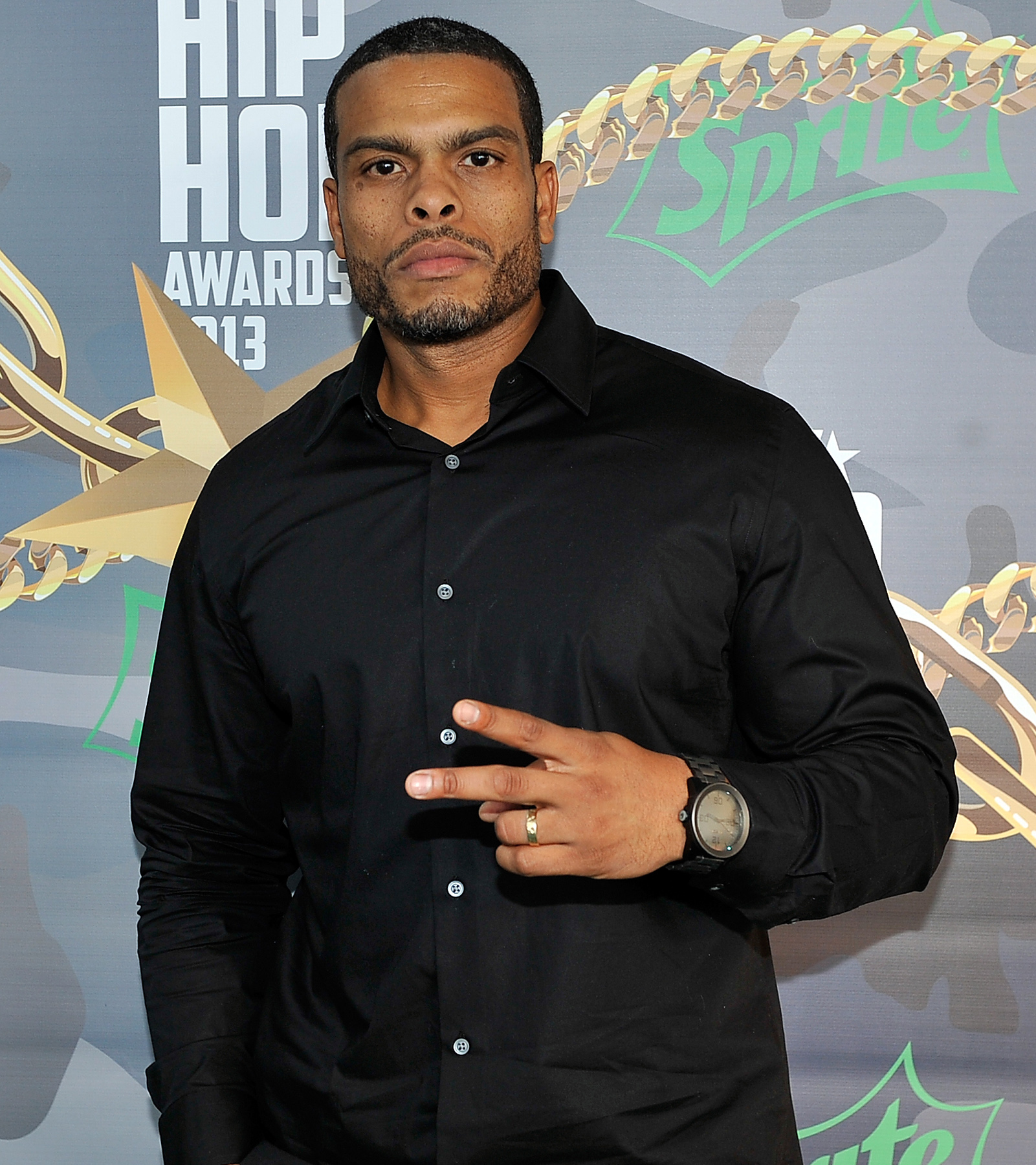 He didn’t say what exactly was responsible for the hiatus; he didn’t explain what "things" they were still trying to figure out, other than to say: "It’s a very intimidating because, like I said, you just want to get it right. I think the picture is not going to be good unless it’s offensive to some people. So, whenever you make a movie, you always have different elements that people have their say about. But when I’m making my movies, John Singleton movies, it’s really just my voice. So I can’t be listening to all the other suggestions of all these other people and shit. So we’re not going to pull the trigger on that until it’s right. If somebody else wants to do something different then they can do something different. But if it’s going to be right, it’s going to be right. It’s going to be something that potentially adorns ‘Pac’s legacy."

It wasn’t very long after that when we got official word that Singleton was out and Carl Franklin was in.

News of the director switch quickly traveled, and some hours later, Singleton eventually spoke publicly about it, via his Instagram page, saying the following: "Real talk! The reason I am not making this picture is because the people involved aren’t really respectful of the legacy of Tupac Amaru Shakur. I won’t say much if you want you can read my articles in Hollywood Reporter on authenticity in Black Storytelling … To Pac’s real fans just know I am still planning a movie on Tupac … It doesn’t matter what they do mines will be better… Tupac was much more than a hip hop artist … He was a black man guided by his passions … Of most importance was his love of black people and culture … Something the people involved in this movie know nothing about… Real talk! How you gonna make a movie about a man when you suing his mother to get the rights to tell his story?! They have no true love 4 Pac so this movie will not be made with love! And that’s why my ass isn’t involved ! If Tupac knew what was going on he’d ride on all these fools and take it to the streets… But I won’t do that … I’ll just make my own project. What Yall think about that?!!" 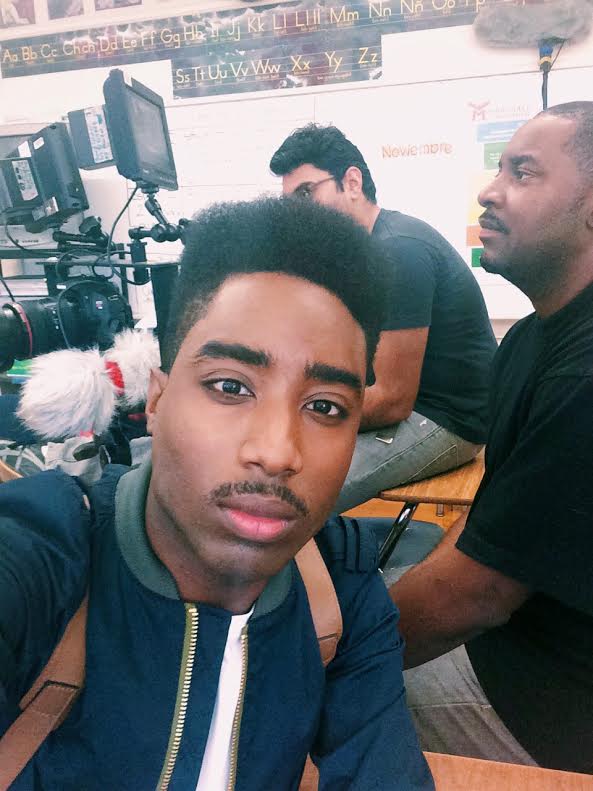 I did receive an email them from a tipster who shared Singleton’s Instagram post with me, as well as the name and photos of the actor that the director had already selected for the part. His name is Marcc Rose – a newcomer who would go on to appear in the N.W.A. bio, "Straight Outta Compton," playing Tupac. So it seemed very likely that he would also play Tupac in the Tupac biopic to be directed by Carl Franklin.

An August casting notice suggested otherwise – that an actor was being sought to play Tupac; meaning Marcc Rose isn’t/wasn’t locked in for this, as I think we figured he likely would be. But Carl Franklin was still listed as the director at the time, so nothing had changed there.

Announced at the end of November, Franklin left the project, likely in part due to the uncertainties surrounding it, as summarized above. Taking over for Franklin was Benny Boom, the music video director turned feature film director, with 2009’s "Next Day Air" his most prominent film to date (it was also his feature film directorial debut).

And so we’re back to square one… again. Although, this time, it appears that the film is finally becoming a reality, with production launching in Atlanta, which may seem sudden given that Boom was only just hired about 5 weeks ago. But I should mention that Morgan Creek, the company behind the film, has a good reason to act with urgency here, because music rights to Tupac’s catalog revert back to Afeni Shakur by the end of this year, if production hasn’t begun on the film. So the mini studio had to act quickly.

No word on any other casting has been announced at this time.

Shipp has been posting photos from the set of the film on his Twitter page, like the one below with Woolard. Apparently, it’ll be titled "All Eyez on Me" which also happens to be the title of the 4th studio album by Pac, released in 1996 under Death Row Records

If you’re concerned about the direction that the project has taken, you should know that John Singleton did boast that he would make his own independently-produced Tupac movie, so it could be that Marcc Rose will be his guy.

Deadline was first to report the news of Gurira’s casting. 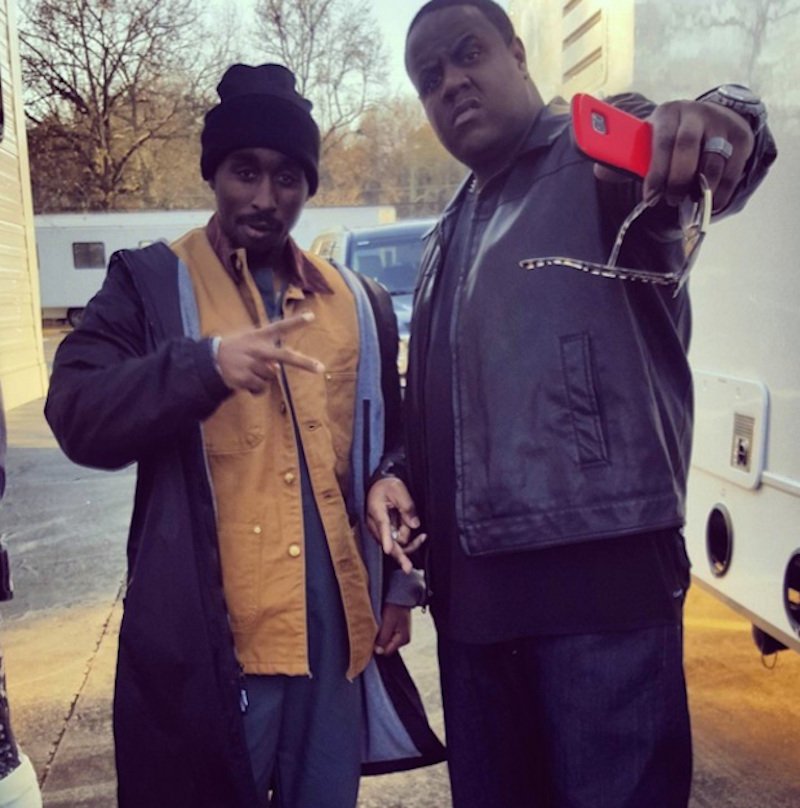