One of those is a shot of principal cast member Uzo Aduba, who plays Shirley Chisholm. Blanchett is Phyllis Schlafly. 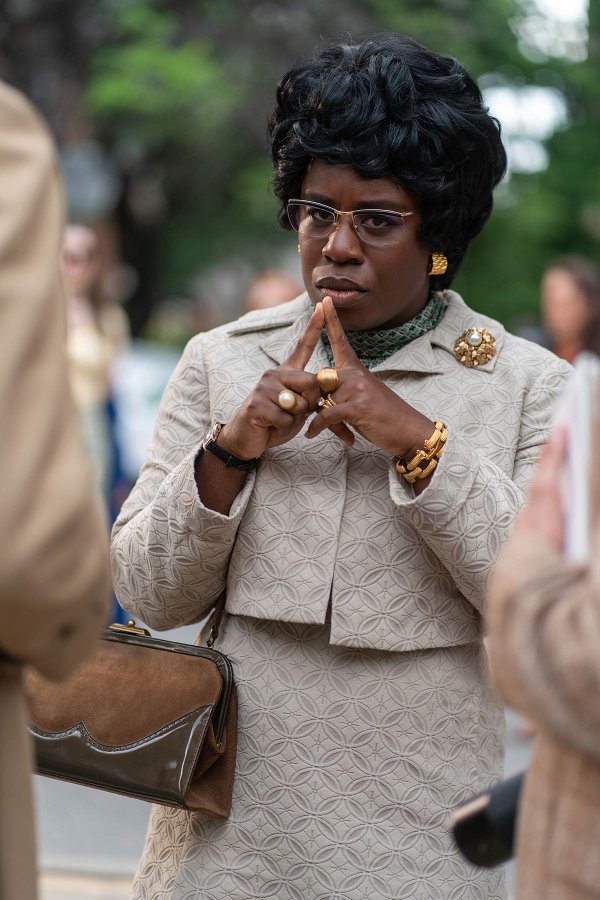 The official description from FX: Mrs. America tells the story of the movement to ratify the Equal Rights Amendment (ERA), and the unexpected backlash led by a conservative woman named Phyllis Schlafly, played by Blanchett. Through the eyes of the women of that era - both Schlafly and second wave feminists Gloria Steinem, Betty Friedan, Shirley Chisholm, Bella Abzug and Jill Ruckelshaus - the series explores how one of the toughest battlegrounds in the culture wars of the 70s helped give rise to the Moral Majority and forever shifted our political landscape.

The series is written by Dahvi Waller and executive produced by Stacey Sher, Waller, Coco Francini, Anna Boden, Ryan Fleck and Blanchett. Micah Schraft is co-executive producer. The nine-episode limited series from FX Productions will have Waller as the showrunner.

This is the second portrayal of Chisolm coming up. Viola Davis will portray her in a movie she's exec producing at Amazon Studios, directed by Maggie Betts.

Viola Davis To Produce And Star In ‘The Fighting Shirley Chisholm’ At Amazon Studios, Maggie Betts Tapped To Direct