If you’re like me, you’re an unabashed stan of the Marvel Cinematic Universe, in that Marvel Studios has a lifetime claim on your arm, leg, and whatever else movie theaters are charging these days. This means you watch and rewatch every alternate trailer, you bump the Guardians of the Galaxy soundtracks and you’re planning on militantly showing out for Black Panther as if it were being screened at Barack’s house.

But to honestly and truly be like me, in all my contradictory essence, this also means you’re an adult and you don’t have time to binge dozens of hours of mildly entertaining television for the sake of continuity. With Marvel’s The Defenders premiering this Friday (8/18), folks like myself will be presented with a particularly difficult challenge. 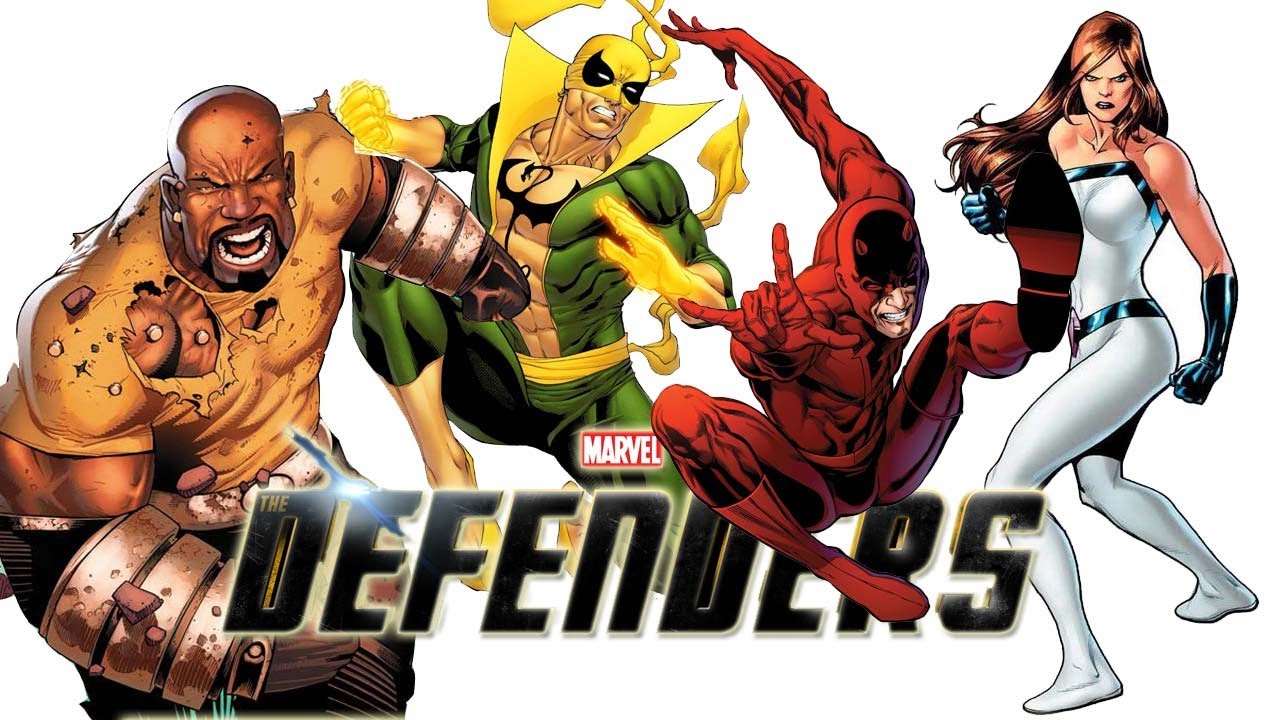 While certain black folks (bless their hearts) found ways to invest themselves in the latter three, most of us skipped all that and went straight to Luke Cage.

Debuting in 2013, Daredevil dropped during a time in which this all still felt new—the idea of streaming an entire series immediately made available upon its premiere. With Orange is the New Black and House of Cards debuting that same year, most folks overlooked season one and opted to binge more critically-acclaimed Netflix productions.

It wasn’t until the premiere of Jessica Jones that critics and fans begun to realize something special may be happening with Marvel’s sprawling roster of Netflix series. By the time they’d met Jones, Daredevil had already introduced viewers to the Hand, a villainous organization with multiple working plots to rule and corrupt New York City, as well as Stick (Scott Glenn), Daredevil’s mentor and sworn enemy of the Hand.

Season one of Daredevil also introduced Claire Temple (Rosario Dawson), who Luke Cage fans will recognize as the nurse who saved his life. If you caught certain nods during her time in Harlem, you’d know that wasn’t the first time she operated on the hero.

During her title series, Cage’s character is first introduced as Jones’ love interest. Fans of Marvel lore will know even at one point, Jones went by the alias Power Woman (Cage is referred to in several incarnations as Power Man). But after an arc wherein it’s revealed the show’s antagonist, Kilgrave (David Tennant), once used his ability to control minds to coerce Jones into killing Cage’s last lover, Reva (Parisa Fitz-Henley), Jones’ motives become clear—her present day proximity to Cage is seeped in guilt. 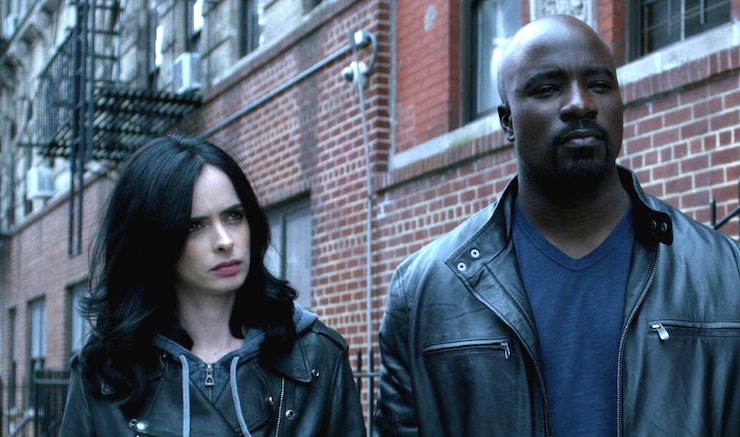 By the end of the season, Cage falls under Kilgrave’s influence and tries to murder Jones, resulting in Jones shooting him in the head with a shotgun—enter Claire, who rescues Cage, setting a trend for how her character would be used throughout the story connecting all these series.

The Defenders will mark Jones and Cage’s first face-to-face encounter since Reva’s death was explained and Cage’s mind was controlled.

After season one of both Daredevil and Jessica Jones, the former returned for a second season, introducing two morally middling anti-heroes, the Punisher (Jon Bernthal) and Elektra (Élodie Yung). For now, the Punisher is a self-contained Daredevil character. Elektra, however, has been seen in multiple Defenders trailers, and it’s unclear whether she’s rocking with the good guys or with the Hand.

During season two of Daredevil, viewers learn Elektra’s backstory—she’s Daredevil’s old college girlfriend turned uber rich assassin with a mystically-embedded bloodlust. Her arc during the season peaks when it’s revealed she works for Stick, and ends once she dies fighting the Hand and its army of resurrected ninjas. Her Defenders arc will most likely begin with her becoming one of those resurrected ninjas.

The next rung in the chronology of Marvel’s streaming universe is the inaugural season of Luke Cage, which we’re all familiar with. During the series, we travel with Cage through flashbacks of his own origin story—the experiment at Seagate Prison that gave him his powers—as well as the origins of his villains, Cottonmouth (Mahershala Ali) and Diamondback (Erik LaRay Harvey). We're also introduced to more villains (since you can't get enough of the evil guys in Luke Cage) — Councilwoman Mariah Dillard (Alfre Woodard) and Shades (Theo Rossi).

Concerning Luke Cage, most important to the The Defenders is Claire and Cage’s reunion (and romance), the introduction of Detective Misty Knight (Simone Missick), and the revelation that Reva had a duplicitous role to play in the experiment that turned him into a superhuman—ultimately breaking his heart, thus making he and Jones, Reva’s killer, more likely to reconcile their differences in Defenders.

The last stop in the timeline before Defenders is the reportedly awful and critically-lamented Iron Fist. Riding the wave of anticipation stoked by Cage, many fans, myself included, were excited for Fist.

But after reports of cultural appropriation, whitesplaining in the face of missed opportunities to correct the character’s whitewashing, and face melting boringness, I and a bunch of other fans of color took a sharp and emphatic left once we saw what was coming.

The only points of importance afforded during Iron Fist were the revelations that not all factions of the Hand get along, each time they resurrect someone, that “person” becomes exponentially unhinged, and the only way to kill them for good is to behead them. Also there is a standout in Colleen Wing (Jessica Henwick), set to make an appearance in The Defenders.

This sets an interesting stage for the miniseries. Presumably, throughout the eight episode season, Stick will return to guide our heroes through a battle against a more unified iteration of the Hand, while simultaneously addressing Daredevil’s resurrected Elektra problem, whose only weakness is apparently a severed head.