Netflix has released the first trailer for Spike Lee's Da 5 Bloods, which will be released this summer.

Here's the official description: From Academy Award® Winner Spike Lee comes a New Joint: the story of four African-American Vets — Paul (Delroy Lindo), Otis (Clarke Peters), Eddie (Norm Lewis), and Melvin (Isiah Whitlock, Jr.) — who return to Vietnam. Searching for the remains of their fallen Squad Leader (Chadwick Boseman) and the promise of buried treasure, our heroes, joined by Paul's concerned son (Jonathan Majors), battle forces of Man and Nature — while confronted by the lasting ravages of The Immorality of The Vietnam War. 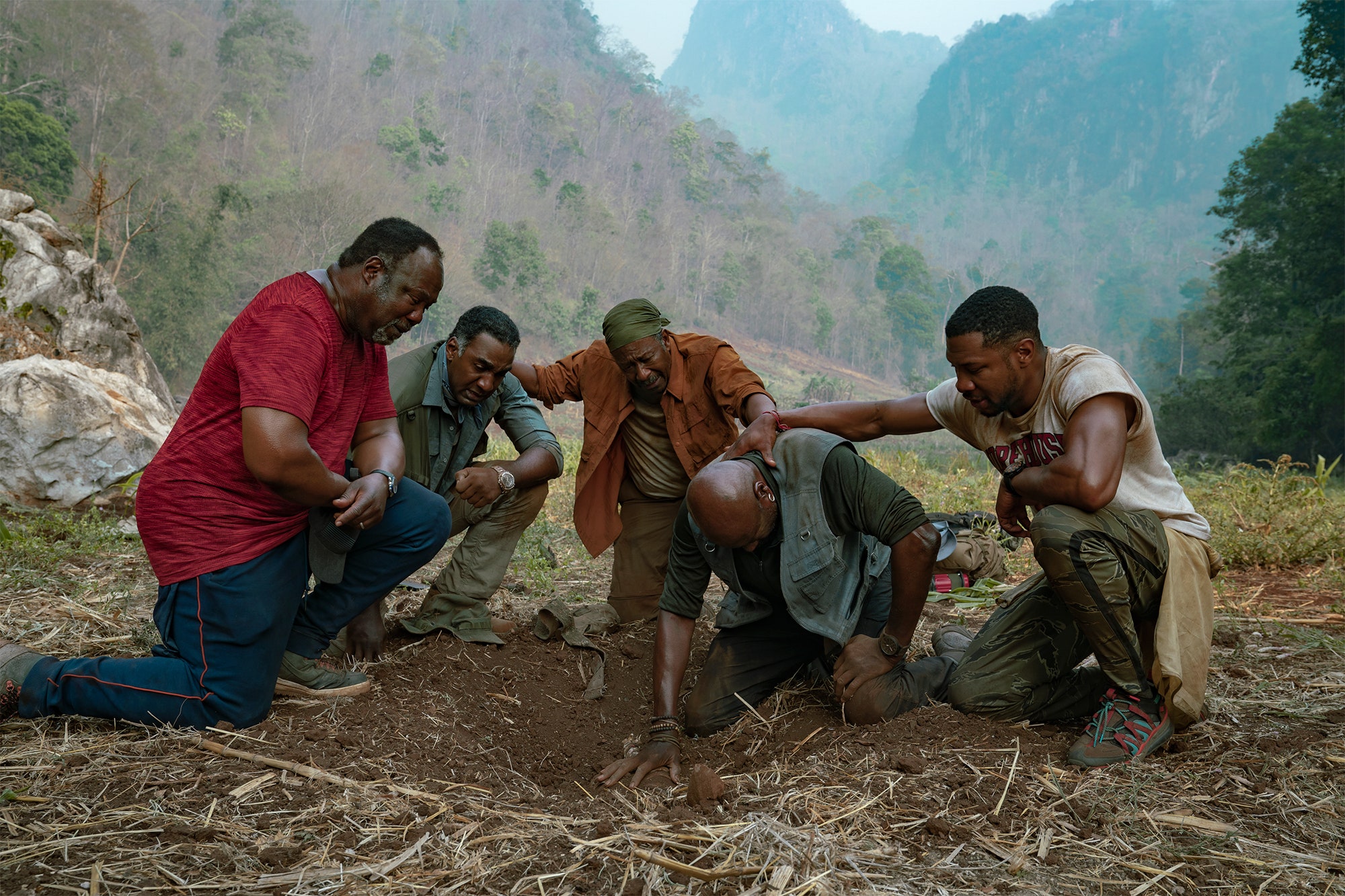 Debuting the first images last week, Lee said to Vanity Fair, “Let me tell you a story. The United States Armed Forces came close to being torn apart when black soldiers heard that Dr. King was assassinated. They also heard that their brothers and sisters were tearing s**t up in over 100 cities across America. The tipping point came very close; the black soldiers were getting ready to set it off in Vietnam—and not against the Vietcong either.”

He continued, "We’ve always believed in this country. That is why we fought for this country, even knowing we were slaves, in the Civil War. That is the reason why I show Milton Olive III, 18 years old, the first African American to be awarded the Purple Heart in Vietnam. That’s why I show Crispus Attucks, the first American, not just a black person, the first American to die for the United States in the American Revolutionary War at The Boston Massacre. That’s why when Agent Orange talks about, ‘If you don’t like America you can leave…’ F**k that! We built this motherf***r! I mean, we’ve been nothing but patriotic! And this great, great country has not really made its promise yet to people of color.”

He also said that Lindo's character in the movie is a Trump supporter. He explained, “It’s something that my mother taught me very early on. She’d say, ‘Spike, all black people ain’t the same. All black people don’t look alike, or think alike.’ So we’ve got this group, and I had to show some type of diversity amongst these African American men. They can’t be all alike—that’s not only stupid, it’s not dramatic. [...] And there are a small minority of black folks who drank the orange Kool-Aid. To make him more dramatic, Paul is a MAGA-hat-wearing motherf***er.”

Lee co-wrote the screenplay with BlacKkKlansman writer Kevin Wilmott. The original story is from Danny Bilson and Paul DeMeo, with rewrites from Matthew Billingsley. This is Lee's first feature at Netflix, his She's Gotta Have It reboot series ran for two seasons. He also executive produced Netflix's time travel tale, See You Yesterday.