In their latest cover story, The Hollywood Reporter is calling Donald Glover “arguably the most prolific creator of his generation,” and arguably — they aren’t lying one bit.

In the intricate feature, Atlanta is discussed, including Glover’s desire to seek out undiscovered talent to star (Brian Tyree Henry, Zazie Beetz) and hiring an all-black writing staff — things that were part of his terms after he brought the show to FX. If you think Atlanta doesn’t have the chance to outshine Veep at the awards, FX head John Landgraf says,  “Underestimate Donald Glover at your own peril.”

He spoke in an interview earlier this week on BBC Radio 1 about the plans for Atlanta’s second season, and he spoke at-length about it here as well, again saying that it will be “better” than the first season. “I don’t want to go into season two [with the mindset of] ‘Enough people liked it so just keep those people…because then you begin to give your audience a methadone drip of bullshit that keeps them happy as opposed to, ‘We did something controversial and more people were interested,'” he said. 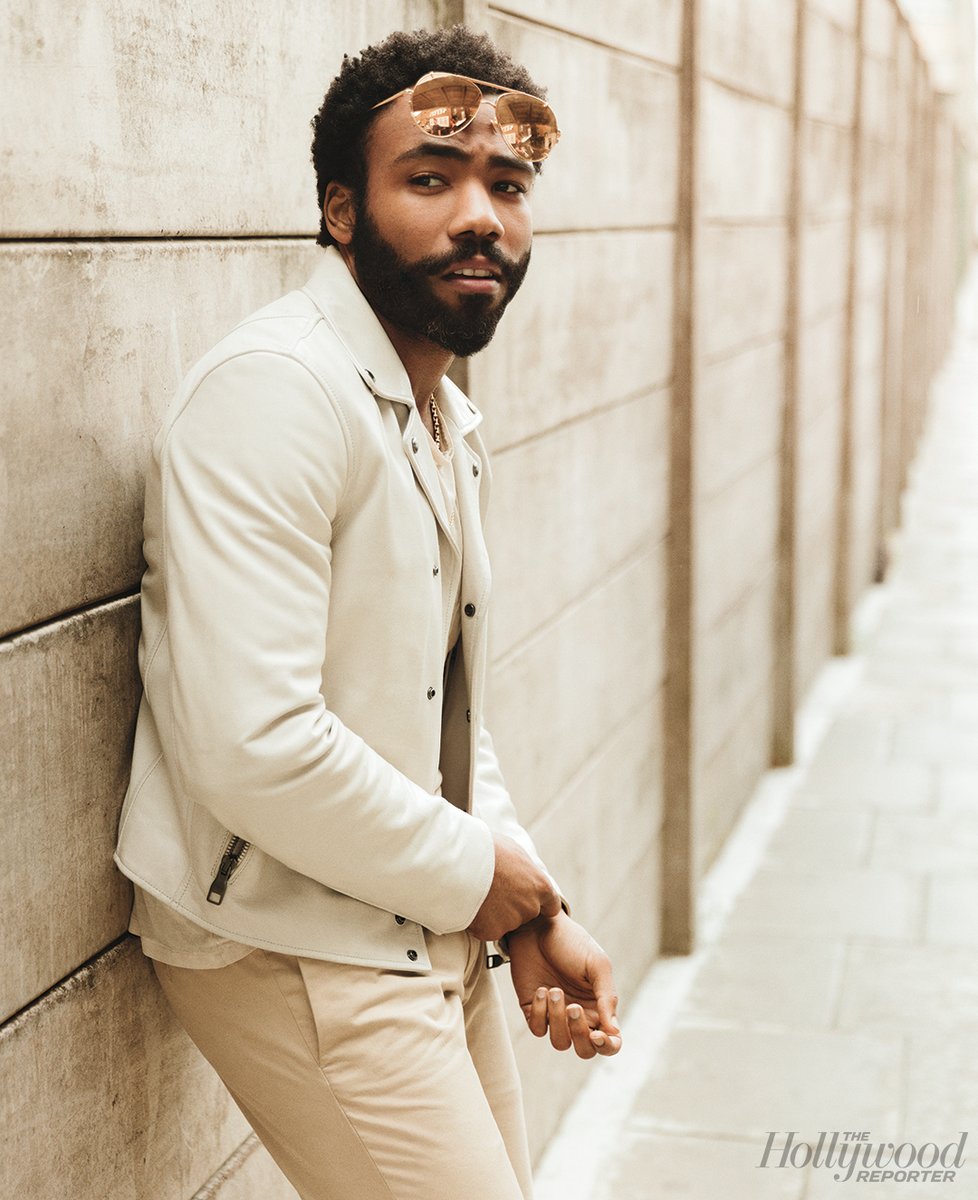 Glover also talked about the upcoming Star Wars Han Solo film, in which he will be playing a Young Lando Calrissian. Lucasfilm arranged a meeting between Glover and original Lando, Billy Dee Williams, in which Glover says he wore a fake nose and a pair of sunglasses. “I was like, ‘I’ve always felt like this character could do this, and he represents this, and I kind of feel like he comes from here, and it’s very obvious he has a lot of taste, so maybe he grew up seeing that from afar? Because I’m like that. Maybe he saw it from other planets and was like, ‘I want to be that.’ He just let me ramble on and on, and then finally I was like, ‘So, what do you think?’ And he goes, ‘Yeah, I don’t know about all that. Just be charming.'”

Glover got his start writing for 30 Rock, and spoke on that experience of being 23 and the only black writer in the room. “Being the only black writer, you’re sort of like, ‘Why am I really here?’ He’d say to me, ‘They’re not hiring a bunch of these black kids from middle of nowhere Georgia; there’s a reason you’re here.’

After that, he pursued acting.  “Normally you’re in the position of telling people, ‘Maybe pursue it on the side. Don’t give up your income.’ Because you don’t feel like they’ll make it. But with Donald, the answer was clearly, ‘Yep. You’re wasting valuable time here. Go get famous,'” said Tina Fey. After 30 Rock he spent four seasons on Community before embarking on his current endeavors. “Look at his ascent. If I were Donald Glover, I would try eating the moon, because we’re not so sure he can’t until he tries since everything he tries he succeeds at. I needed to convince myself that Donald leaving wasn’t the death of the show, but now that it’s all over, I think we can agree that it was,” said Community creator Dan Harmon.

We all know about the campaign for Glover to portray Miles Morales (aka the Afro-Latino Spider-Man) on the big screen, and many were disappointed when they found out the Morales would not be the center of the current franchise…yet. Approaching Glover with the campaign in mind, Spider-Man: Homecoming director Jon Watts told him, “If you don’t do [the part], we aren’t going to [include] it.” And what did he do? That.