Ezekiel, Shiva and Their Kingdom Might Be Coming to 'The Walking Dead' to Join Fight Against Negan 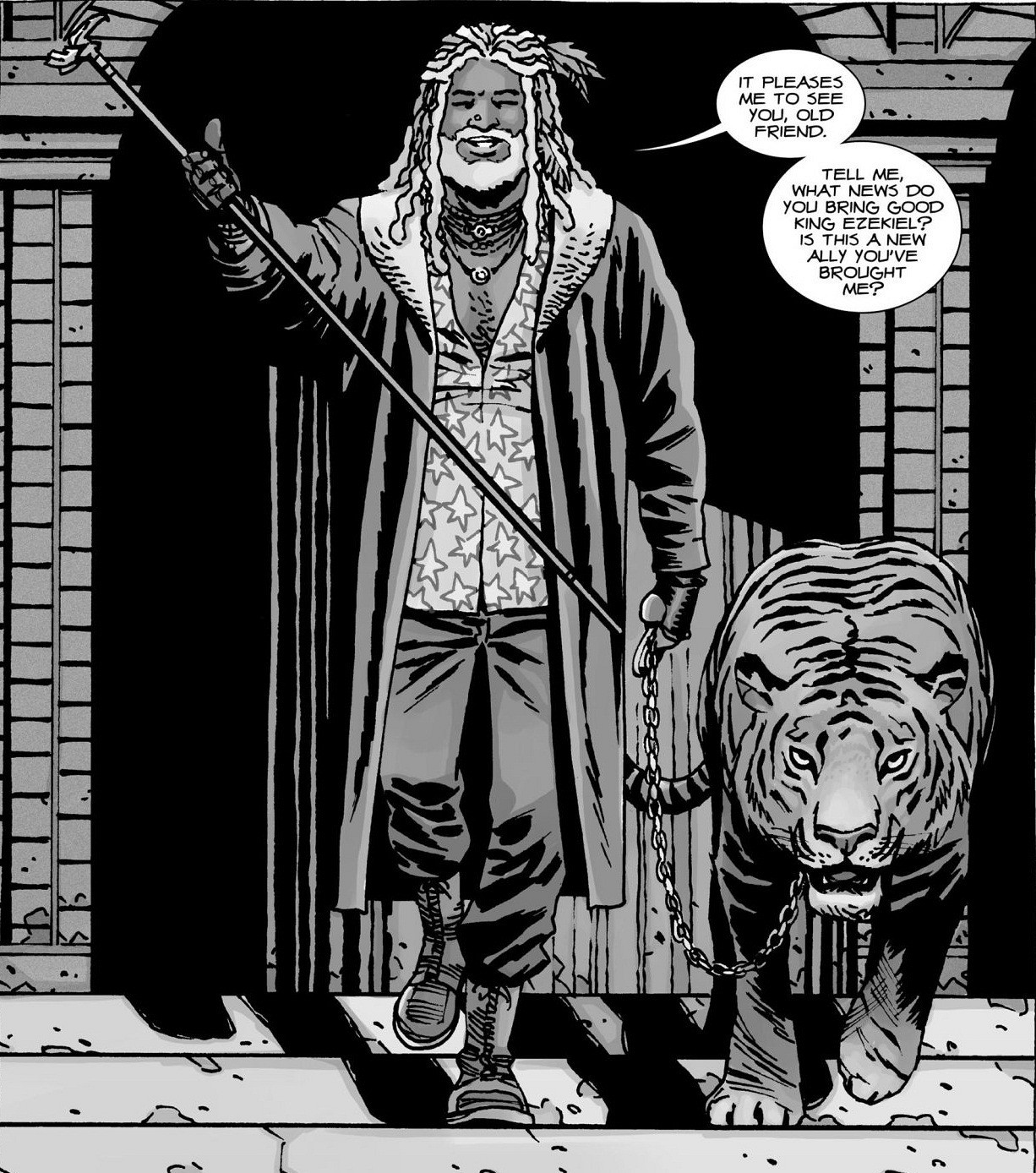 Word on "Walk Dead" street is that AMC has issued a casting call for what will be a recurring role for a character named Augustus, who, according to "Walking Dead" graphic novel experts, looks just like a character in the source material named Ezekiel – a former zookeeper and self-proclaimed king of The Kingdom, described as flamboyant, wise, and

weird, and one of the "good guys." He also has a pet tiger named Shiva.

From the "Walking Dead" wiki: Ezekiel, more commonly known as "King" Ezekiel, is a main character – a self-proclaimed "king" of a community called "The Kingdom", the namesake of his own community. Ezekiel has a pet tiger named Shiva. Ezekiel is a friend of the Hilltop Colony and a close friend to Paul Monroe. He also has a strong hatred for Negan and the Saviors, which caused Paul to bring Rick Grimes to him in the hopes of collaborating to defeat them. Ezekiel is an eccentric, affable, and somewhat flamboyant old man. He is charismatic and possesses an aura of wisdom. He is perceived by many as arrogant due to his theatrics as the "king" of his people, and Ezekiel admits such views to be somewhat true. Ezekiel is very confident in his presence. He generally keeps a cool head and a friendly demeanor, reveling in the respect others have for him. However, he is revealed to be relatively insecure, as seen during the All-Out War and his post-timeskip relations with Michonne. This insecurity juxtaposes his outward appearance, and he wishes for his "subjects" not to see him as weak. He is very optimistic, but he takes failures very hard.

Introducing The Kingdom into the TV series is a logical next step in the narrative’s continuation, given where the series is in relation to the graphic novel. The Kingdom also will help solidify a teaming up of the residents of Alexandria, the Hilltop and the Kingdom, to bring down Negan and the Saviors in what will become the aforementioned "All-Out War" story arc.

Per the casting notice, producers are looking for an African American actor in his 40s; who would you cast in the part, given what we know about the character?