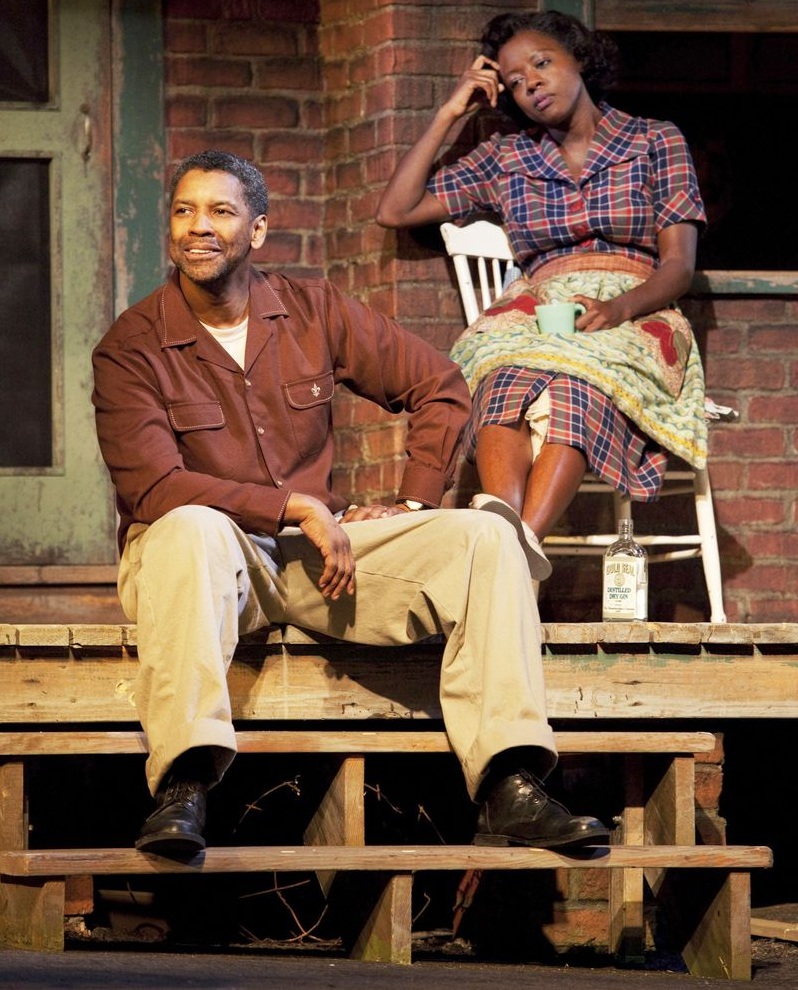 If only August Wilson and director Lloyd Richards were still around to see this all unfold, over 20 years after initial attempts were made to turn the acclaimed play into a film.

The age-old story on a long-stalled film adaptation of August Wilson’s award-winning play, "Fences," is that the playwright insisted to the studio (Paramount Pictures – this was in the late 1980s) that the director of the film be black.

Of course Paramount didn’t feel that was necessary, stating that they wanted "the best director for the job." Even Eddie Murphy, who was then attached to star in, and co-produce the film adaptation, told Wilson that he wasn’t going to hire a director just because he/she was black.

But this wasn’t a clause in the original agreement between Wilson and Paramount, so the studio wasn’t legally bound to adhere to Wilson’s wishes (however they realized well enough that a film adaptation of "Fences" without Wilson’s blessing, wasn’t something that they wanted to do). While seeming to be taking Wilson’s wishes under strong consideration, the studio approached Barry Levinson to helm the film. Levinson isn’t black, and, needless to say, Wilson didn’t approve. Levinson backed away from the project eventually, after he saw the play himself, stating that he didn’t think it would translate well to the screen – at least, not the version of the script that Wilson had written. Wilson’s public objections to a white director helming the project were also of some influence I would assume.

This was over 2 decades ago. Sound familiar today?

There’s a really good piece on this in the New York Times (it was actually written in January 1991, not-so-long the initial announced plan to produce a film based on the play). It details the journey the adaptation took, and all the different players who were involved at different times.

In fact, it’s said that, at one point, Bill Duke was a front-runner for the directing job. And even Warrington Hudlin was approached, the New York Times reports, although not to direct, but to come up with a short list of black filmmakers at the time, who were qualified for the job. Hudlin provided 12 names which included directors like Gordon Parks, Charles Burnett and Spike Lee. Certainly they all would’ve been qualified.

But, apparently, Paramount wasn’t interested in any of them at the time. Why? All one can do is speculate.

There were a lot of opinions sought on this, including Norman Jewison’s, who recalls his own experiences attempting to direct an adaptation of "The Confessions of Nat Turner" in the late 1960s, which was met with much opposition from the black community, in part because he is white, and also, more importantly, because the book distorted Turner’s story. Of course, Jewison would face a similar opposition when he sought to direct Malcolm X’s bio.

The New York Times article paints a picture of a charged debate between all those involved (James Earl Jones, who starred in the 1987 premiere of "Fences" on Broadway, was one of those voices), with Wilson standing firm, and never wavering.

Ultimately, the studio adaptation never got made, although the play continued to thrive on the stage, throughout the country.

Skip ahead to 2010 when Denzel Washington and Viola Davis starred in a Broadway revival of the play, directed by Kenny Leon, both giving strong performances that would earn them the highest honor in the theatre world, the Tony Award.

But what may not be universally known is that, when producer Scott Rudin first approached Denzel Washington about "Fences" (sometime just before he starred in the Broadway revival of the play), Rudin sent Washington August Wilson’s screenplay adaptation of his own play, suggesting that Denzel star and direct the film version of it. Denzel, a lover of the stage, first and foremost, and who also wanted to direct, felt that he needed to do the play first, before attempting a film adaptation. Rudin obviously was ok with that, Kenny Leon was hired to direct the play; Viola Davis came on-board to co-star; and the rest is history.

So now that he’s gotten the stage version out of his system, Denzel is now finally ready to return to "Fences" as Rudin apparently originally wanted – to direct a film adaptation of it (as well as star with Viola Davis again). And, in the end, he’ll be meeting the late August Wilson’s criteria that a black director helm the film – 27 long years later.

As for when this might happen, Paramount is still the studio where the project calls home, and is backing the film adaptation, and award-winning playwright and writer Tony Kushner was tapped to work with Denzel Washington on the screenplay, which will essentially be a rewrite of August Wilson’s own draft from many years ago. 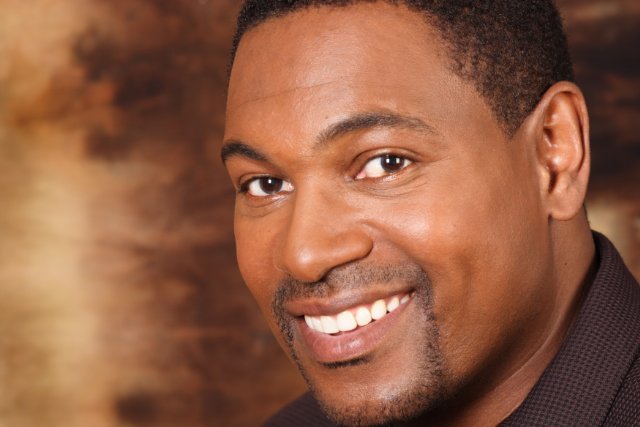 Of course, the first thing that immediately came to me when Kushner’s attachment was announced, was what Wilson would think about Kushner (who isn’t black, but whose talent certainly can’t be denied) teaming up with Washington on the screenplay adaptation. Given how much he insisted on a black director, I can only assume that he would be just as desirous of a black writer working with Washington on the screenplay. Although, when Kushner boarded the project, it was reported that they (Washington and Kushner) plan to "use everything Wilson has done… use all of his words…” the press statement said, for whatever that’s worth. 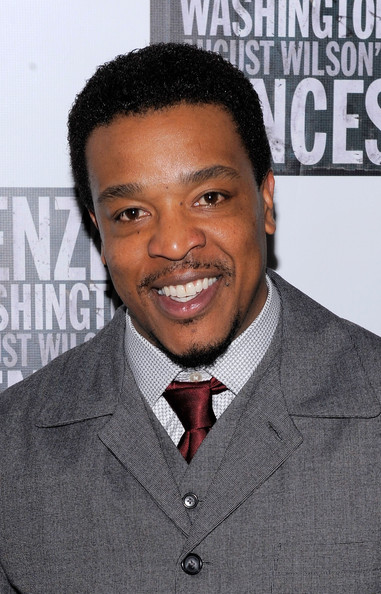 In addition, the studio aims to get the project into production ASAP (sometime in the next month) in order to get it ready for a fall 2016 theatrical release, in time for Academy Awards consideration.

Washington and Viola Davis will reprise their respective roles from Broadway to screen (as Troy and Rose Maxson). And announced today, Mykelti Williamson and Russell Hornsby have joined the cast, also reprising their Broadway roles in the film: Lyons (Troy’s son from a previous marriage), played by Hornsby in the play; and Gabriel (Troy’s younger brother) played by Williamson. 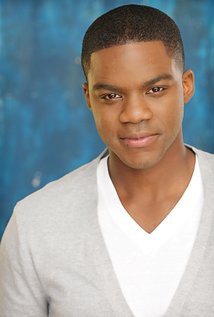 Also cast are Jovan Adepo ("The Leftovers") who will play Cory (son of Troy and Rose); the character was played by Chris Chalk in the same Broadway revival that Washington and Davis starred in. And Saniyya Sidney (the upcoming "Roots" reboot) will play daughter Raynell (Eden Duncan-Smith and SaCha Stewart-Coleman played the character in rotation in Washington’s Broadway production). 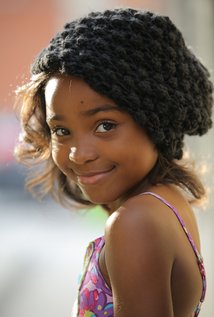 No word yet on who will play Jim Bono, Troy’s best friend, played by Stephen McKinley Henderson in the 2010 play.

But it looks like Washington is bringing most of the his Broadway acting team along with him to the film adaptation.

It’s good news that the project is being fast-tracked, and that the studio, producer and director are already pushing the project as a potential Oscar contender for 2017.

Keep in mind that this film adaptation of "Fences" isn’t part of the deal that Washington has with HBO, which will see him bring to the small screen, Wilson’s American Century Cycle series (minus "Fences"), which consists of 10 plays portraying the 20th century African American experience, from the early 1900s, just after slavery and the Civil War, to the 1990s..

Washington shared that the deal with HBO will see him produce all the plays for the cable TV network, one a year, for the next decade – again, apparently not including "Fences," which he is directing for the big screen at Paramount.

These productions are all being done in collaboration with the August Wilson Estate.

Deadline was first to report the news of the casting of Williamson, Hornsby, Adepo, and Sidney.