If there's one thing Hollywood loves, it's the white savior narrative. You know these films; they feature the white character who expects cookies for doing what they should do as human beings: respect others. In these films, white characters are congratulated for sticking up for Black characters even though it's white supremacy that has put Black characters at a disadvantage in the first place. These films might be entertaining, but they're also annoying.

We've already covered several of these films, such as The Blind Side, The Help, Green Book, etc. But here are eight other white savior films that need to get the smoke just as much as the popular films in the genre.

Denzel Washington and Will Patton star in the 2000 film based on the true story of the newly integrated T.C. Williams High School football team in 1971 Virginia. Washington plays the head coach, Herman Boone. However, Patton's character, defensive coordinator Bill Yoast, becomes the film's hero after he helps Boone keep his job amid a racist education system.

Yoast is offered a spot in the hall of fame if the Titans lose one game under Boone's leadership, and the entire school board is hoping Boone will slip so the head coaching position can be given to Yoast. To add insult to injury, Yoast realizes the state semi-final game is being unfairly refereed with the goal of making Boone lose. Yoast threatens to reveal the entire conspiracy, forcing the referees to judge the game fairly. Yoast loses his spot in the hall of fame, but, of course, the bigger reward is going down in history as a good white person. 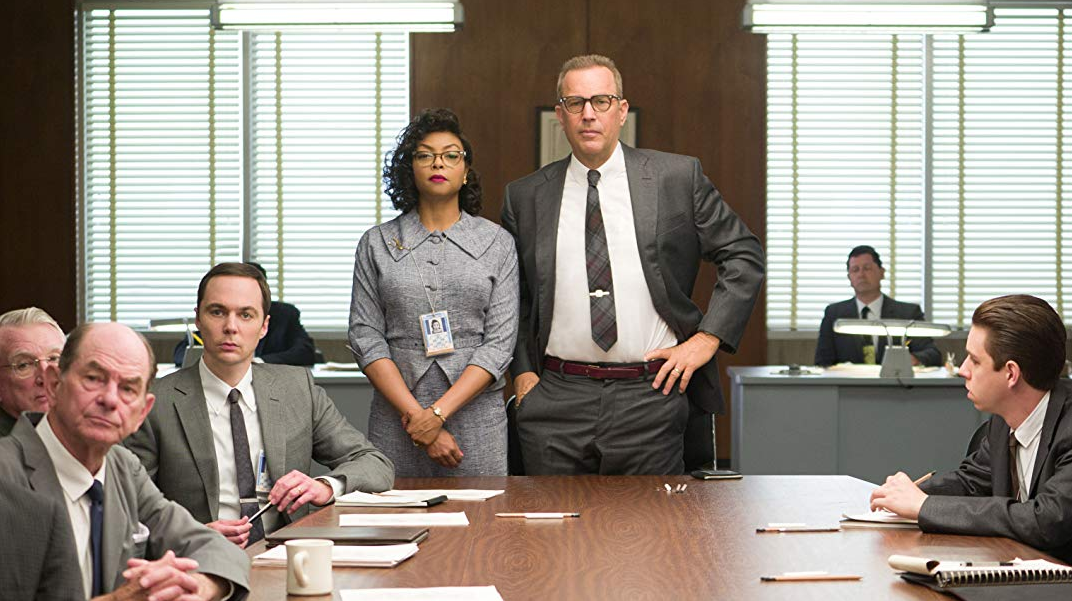 On the surface, this 2016 film seems like an excellent film for inspiring young girls, and it does get the job done. But for as inspirational as it is, it still holds a white savior narrative. The big white savior moment, which was recently spoofed by Late Night with Seth Meyers, features Kevin Costner, Hollywood's go-to good white guy In Black Films thanks to The Bodyguard, as Space Task Group director Al Harrison. Harrison realizes that Katherine Johnson (Taraji P. Henson) has to walk half a mile to use the bathroom. He charges through the building and knocks down the segregated sign above the bathroom, declaring the bathrooms to be integrated.

This scene is already a problem in how much it plays by the white savior rules; as the Late Night sketch states, the scene showcases how racism is only made to matter once the racist rules are happening to Black people the white protagonists like or admire. But what makes the scene even worse is that Al Harrison doesn't even exist. Harrison is a fictional character meant to streamline NASA's management for the film. In reality, the task force was led by Robert Gilruth, and it would appear he and the rest of NASA desegregated at a more gradual pace than the film suggests. As CNET reports, desegregation at NASA happened throughout the 1950s, with the West Computing Unit, made up of Black women mathematicians like Johnson, which was desegregated in 1958. This 2006 film is one of three films in this list that fall under the subgenre of "inner city teacher" films, a subgenre proliferated by white savior characters. In Half Nelson, Ryan Gosling stars as Dan Dunne, a Brooklyn teacher who befriends one of his students, Drey (Shareeka Epps), a young girl who edges closer and closer to becoming a part of the drug culture that has sent her brother to jail.

Dan is no angel in this film--he is a cocaine user, harasses a fellow teacher after a date and then attempts to destroy his relationship with Drey. Things only click with him when he finds out the new drug runner he's buying cocaine from is Drey. Because of this, Dan leaves his job, but even after he realizes he's been a bad influence, his absence somehow helps Drey turn away from her brother's drug-selling path.

4. To Kill a Mockingbird 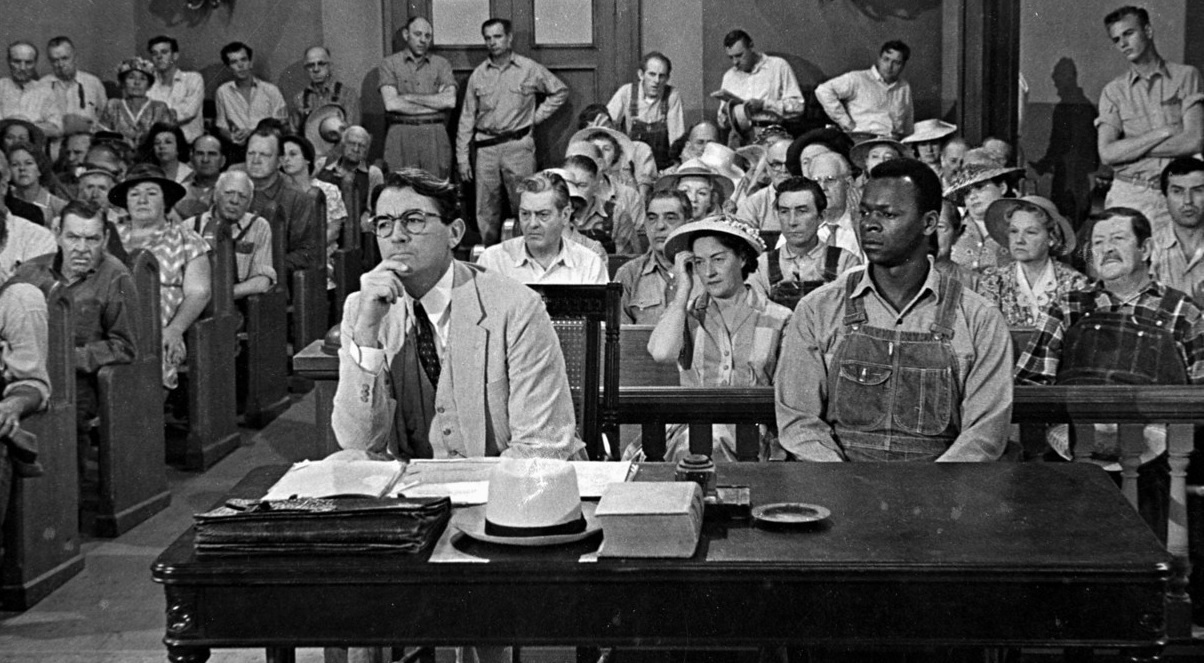 The 1962 film To Kill a Mockingbird is a classic, beloved movie. But it's also a film that includes a complete white savior narrative. Gregory Peck plays the ultimate white savior, Atticus Finch, a lawyer in a small Alabama town who takes on the case of a Black man, Tom Robinson, who was wrongly accused of raping a white girl. Unfortunately, Atticus loses the case, and Tom is found guilty (and later killed by the police). But the fact that Atticus stood up for a Black man earns him the respect of the town's Black community. Another film about a white teacher in the inner city, 1995's Dangerous Minds is based on a true story, but regardless, the narrative of a white person helping the disaffected youth of color is one that Hollywood eats up.

It stars Michelle Pfeiffer as LouAnne Johnson, a former Marine who takes on a teaching job in Belmont, California. She is met with a classroom of Latinx and Black students who are affected by poverty, crime and lack of opportunity. She can't get a hold of her class at first because they don't respect her. To assert her authority, she comes to school the following day wearing a leather jacket and instructs the kids on martial arts; maybe this was edgy for 1995, but nowadays, it's corny. A leather jacket does not make a teacher authoritative.

LouAnne uses similar "edgy" tactics to reach her students throughout the film; her teaching methods are meant to reach the kids in a language they understand, and, of course, the lessons provide her with a chance to learn more about her students and their various socio-economic problems. After the death of one of her students due to crime, LouAnne decides to leave, but after her students beg her to stay, she reconsiders and stays on as their teacher.

6. Lilies of the Field Sidney Poitier's filmography is mostly comprised of films in which Blackness is not in service to whiteness. In his movies, the Black characters are often driving the story and aren't usually helped by their white counterparts. In fact, Poitier is often the one assisting the white characters, such as To Sir, With Love, a subversion of the "inner city teacher" trope in which Poitier is teaching the disaffected white London youth, and In the Heat of the Night, in which Poitier essentially solves a murder by himself while the white police simply tag along.

These roles are probably why the Academy seemed to strategically avoid awarding Poitier an Oscar until 1963's Lilies of the Field. In that film, Poitier was in the rare position of being in a subservient role to whiteness, and it's very ironic that it's that film the Academy felt was worthy enough for an award.

In the film, Poitier is Homer Smith, a drifter who happens upon a group of nuns (Lilia Skala, Lisa Mann, Isa Crino, Francesca Jarvis, Pamela Branch) in the Arizona desert. They think he was sent by God to help them build their church. It's through the building of the church that Homer becomes tamed in a way by the white nuns. He becomes more involved in constructing the church, and eventually, he works knowing he won't be paid; he just wants to make sure the nuns are taken care of. Through building the church, Homer finds purpose and meaning, something he apparently lacked before. The 2007 film starring Hilary Swank is the third "inner city teacher" film on this list that involves the white savior narrative. Based on actual events, Swank stars as Erin Gruwell, an English teacher who takes on a classroom of students in Long Beach, California. Utilizing the Holocaust and Anne Frank, Gruwell gives each of her students a composition notebook to use as a diary. It's within these diaries that Gruwell begins learning more about her students' inner lives, which include pain, loss and trauma from the drug and crime-fueled worlds in which they have lived.

As what happens in so many of these films, Gruwell is at risk of not being able to teach her students the following year. But after a fight for what's right, she does (surprise!) and helps prepare them for bigger, brighter lives.

This 2001 Disney animated film is one of the studio's most underrated films. Because of that, it often flies under the radar of being flagged as a white savior movie. But it most definitely is, since Milo Thatch (voiced by Michael J. Fox) somehow knows more about Atlantis than the actual Atlanteans, including how to read their language. It's ridiculous that the Atlanteans have lost so much of their culture that they can't even read the language they still know how to speak, but it's even more insulting that a white man from the surface world has to teach them who they are.

The film goes from being a symbolic white savior narrative to a literal one when Princess Kida (voiced by Cree Summer) becomes a part of the Atlantean crystal, the Heart of Atlantis, and is kidnapped to be utilized as an artifact on the surface world. Milo has to convince the rest of his crew to help him save Kida and Atlantis. Of course, the day and princess are saved with Milo becoming Kida's prince consort because Disney films love a romance.

Which white savior films do you think should be added to the list?

Michael Oher Says 'The Blind Side' Has Ruined His Football Career