Fox has proceeded with its first series orders of the 2019-20 season.

The orders include dramas that have series regulars like Megalyn Echikunwoke, Mo McRae, Tisha Campbell-Martin, Aurora Perrineau and more.

Now, here's more about the six new series and the Black talent (denoted in bold) in them: 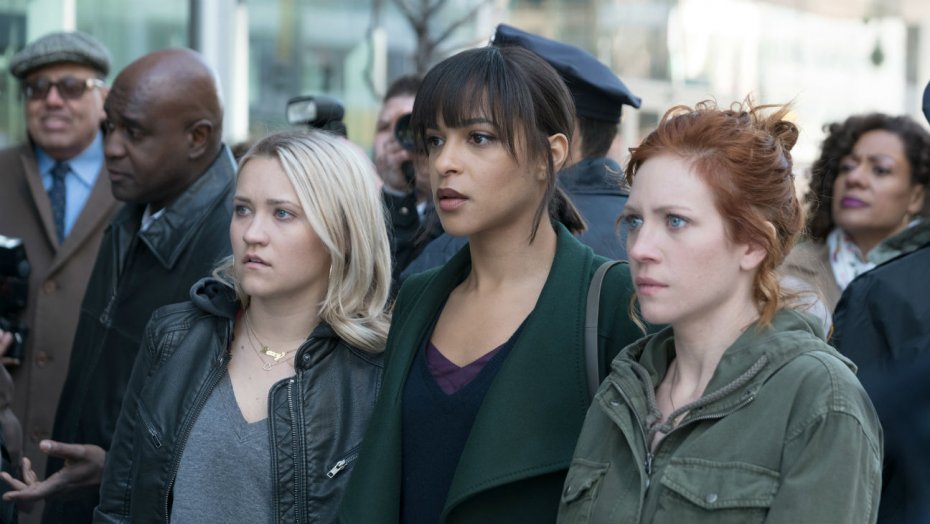 Description: A story of an unusual family formed through extreme odds, exploring such hot-button issues as identity, human connection and what it truly means to be a family. An only child finds her life turned upside down when her father reveals that, over the course of his prize-winning career as a pioneering fertility doctor, he used his own sperm to conceive upwards of a hundred children, including two new sisters. As these three young women slowly embrace their new reality, they will attempt to form an untraditional bond as sisters, even as they must welcome a tidal wave of new siblings into their rapidly expanding family. Based on the original Endemol Shine Australia series, "Sisters," from Jonathan Gavin and Imogen Banks. Brittany Snow, Megalyn Echikunwoke, Emily Osment, Mustafa Elzein, Mo McRae, Victoria Cartagena and Timothy Hutton star.

Description: A propulsive, fact-based thriller about the emergence of a deadly, rogue artificial intelligence that combines pulse-pounding action with a layered examination of how technology is invading our lives and transforming us in ways we don't yet understand. A Silicon Valley pioneer discovers that one of his own creations--a powerful A.I.--might spell global catastrophe, and teams up with a cybercrime agent to fight a villain unlike anything we've ever seen, one whose greatest weapon against us is ourselves.  John Slattery, Fernanda Andrade, Michael Mosley, Jason Butler Harner, Eve Harlow, Aaron Moten, Gerardo Celasco, Elizabeth Cappuccino and Evan Whitten star.

Description: A fresh take on a crime franchise with a provocative and outrageous lead character and a darkly comedic tone. Malcolm Bright knows how killers think. Why? His father was one of the best, a notorious serial killer called "The Surgeon." That's why Bright is the best criminal psychologist around; murder is the family business. He uses his twisted genius to help the NYPD solve crimes, while dealing with a somewhat manipulative mother, an annoyingly normal sister, a homicidal father still looking to bond with his prodigal son and his own constantly evolving neuroses. Tom Payne, Michael Sheen, Bellamy Young, Lou Diamond Phillips, Halston Sage, Aurora Perrineau, Frank Harts and Keiko Agena star.

Description: A modern cop drama that blends the spirit of a classic Western with a modern-day attitude and gritty authenticity. When the Los Angeles County's Sheriff dies, an arcane rule forged back in the Wild West thrusts the most unlikely man into the job: a fifth-generation lawman, more comfortable taking down bad guys than navigating a sea of politics. He leads a skilled team of ambitious and complicated human beings who won't rest until justice is served.  Stephen Dorff, Yara Martinez, Brian Van Holt, Siena Goines, Bex Taylor-Klaus, Shane Paul McGhie and Mark Moses star.

Description: The Great North follows the Alaskan adventures of the Tobin family as single dad, Beef, does his best to keep his weird bunch of kids close, especially as the artistic dreams of his only daughter Judy lead her away from the family fishing boat and into the glamorous world of the local mall. Nick Offerman, Jenny Slate, Megan Mullally, Paul Rust, Aparna Nancherla, Will Forte and Dulcé Sloan star.