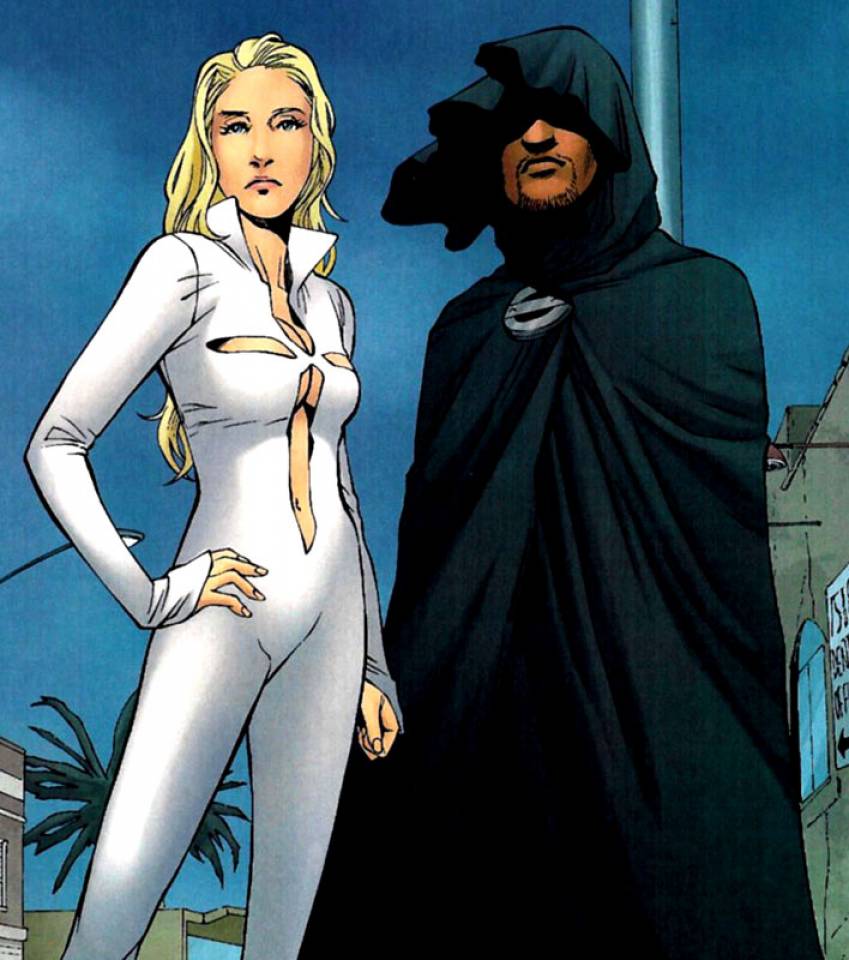 Freeform (the network previously known as ABC Family, but was rebranded this year) is entering the Marvel business with a live-action series based on the "Cloak and Dagger" comic book.

The network for young adults has given a straight-to-series order for the series which follows Cloak (Tyrone "Ty" Johnson) and Dagger (Tandy Bowen) – a superhero duo that’s been affiliated with other Marvel teams like the X-Men, the Secret Avengers, the Runaways, and others (according to the Marvel wiki page).

Cloak’s super abilities include Teleportation, and an ability to link to the "Darkforce Dimension" (I’m sure fans of the comic know exactly what that is); and Dagger’s abilities include creating "daggers" of light; and can heal others.

They are also romantically involved.

More from the Marvel wiki: Tyrone "Ty" Johnson (Cloak) and Tandy Bowen (Dagger) met in New York City as runaways. Tyrone was a 17-year-old boy from Boston, Massachusetts with a debilitating stutter and ran away to New York City when his speech impediment prevented him from stopping his friend from being shot by police, who mistakenly believed he had just robbed a store. Tandy was a 16-year-old girl from a privileged upbringing (born in Shaker Heights, Ohio) who ran away because her multi-millionaire supermodel mother was too busy with her career and social life to spend time with her daughter. When they met, Tyrone considered stealing Tandy’s purse, but before he could a thief stole the purse and Tyrone retrieved it for her. Afterwards, they had dinner and became fast friends. When naïve Tandy accepted an offer of shelter from some strange men, wary Tyrone went along to protect her. The two teens were soon forcibly delivered to criminal chemist Simon Marshall developing a new synthetic heroin for Silvermane and the Maggia, testing it on runaway teens with fatal results. Johnson and Bowen somehow survived injections of the drug, and they fled. During their escape, the drug turned them into superpowered beings. Tyrone found himself engulfed in darkness and seized by a strange hunger which eased in the presence of Tandy glowing with a brilliant light. Trying to hide his newly shadowy appearance in a makeshift cloak, Tyrone began absorbing Marshall’s thugs into his darkness while Tandy struck them down with daggers of light. The two teens dubbed themselves "Cloak & Dagger" and declared war on drug crime in combating drug-dealers and helping runaway children."

The Freeform series is a co-production of Marvel Studios and ABC Signature Studios. It’ll be the third live-action Marvel project for an ABC affiliated network.

No word on casting or ETA yet, although Freeform is likely eyeing a 2016/2017 TV season debut.