With the development of the Zola movie at A24 in full swing, this is the perfect time to revisit the story for those who either don't know about it or have forgotten.

So here's the synopsis of Zola's original story:

In 2015, Zola, a stripper (whose real name is Aziah Wells), blew up Twitter with a thread she posted about a wild and dangerous trip she took to Florida with strangers. It begins with Zola meeting another sex worker named Jessica at Hooters. The two hit it off and decided to take an impromptu trip to Florida to dance at strip clubs where they were sure to make more money. Zola shows up for the trip to find Jessica, Jessica's boyfriend, Jarrett, and Jessica's "friend," a Nigerian man named Z, ready to join her. They all pile into a car and head south. Things quickly go left, and Zola finds out Z is Jessica's pimp, and instead of dancing, they would be doing other kinds of sex work. Zola describes an outrageous tale involving one of their johns kidnapping the two women, the abusive Z shooting one of the johns and Jarrett almost jumping off of a balcony due to the drama.

Wells admits that parts of the story are exaggerated. Specifically, Jarrett did not attempt suicide, and Z did not shoot anyone. Both Jessica and Aziah dispute each other's accounts (though Jarrett confirms most of Aziah's), but both agree that a story about the dangers of sex trafficking should be told. A full-length sit-down with Aziah, clarifying the story as well as getting the accounts of Jessica and Jarrett, was chronicled in the 2015 Rolling Stone article, "Zola Tells All: The Real Story Behind the Greatest Stripper Saga Ever Tweeted." A24 received the film rights to the article and will base the script on it. And Z, the Nigerian pimp, whose real name is Akporode Uwedjojevwe, was later charged with crimes from sexual assault to trafficking. Another in-depth report, from The Washington Post, "The true story behind ‘Zola,’ the epic Twitter story too crazy to be real," chronicles the actual events behind the Twitter story and verifies some of the instances while debunking others.

Here's are the players:

Zola - With their uncanny resemblance, Taylour Paige is perfect for the Zola and was rightfully cast.

"Z" -  Power actor (and star of BET's upcoming American Soul) Sinqua Walls could fit right in. It could also be a breakout film role for Dynasty's Sam Adegoke (who happens to be Nigerian). Editor's note: Wednesday, we reported that Colman Domingo would play Z.

Jess (real name Jessica Swiatkowski) - Jude Demorest is no stranger to playing (for lack of a better term) the "urban" white girl. She'd do the role justice, along with Bella Thorne.

For the full synopsis, read Zola's epic thread from 2015 below: 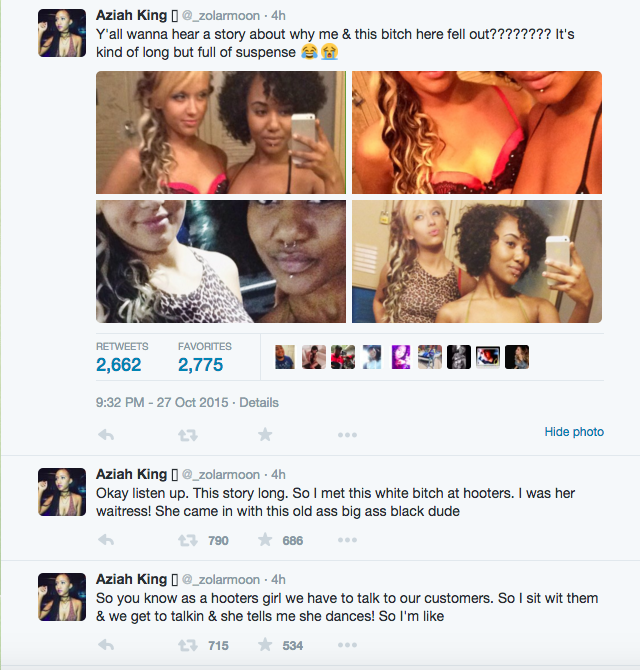 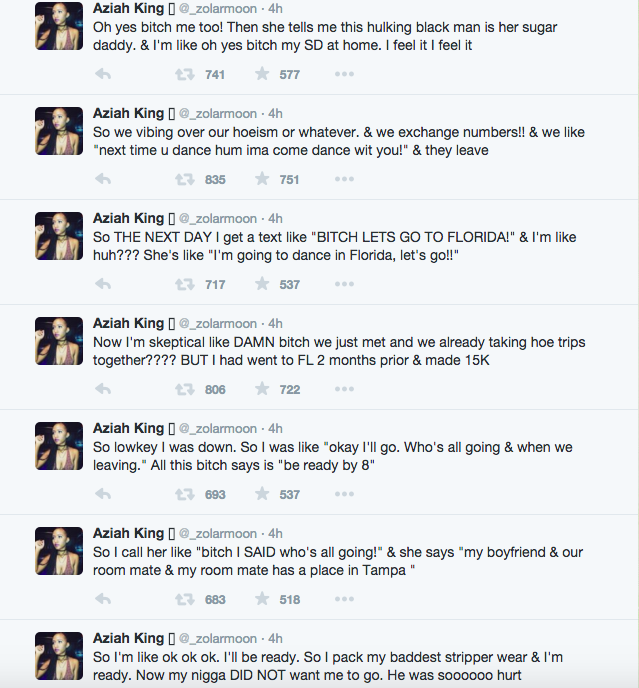 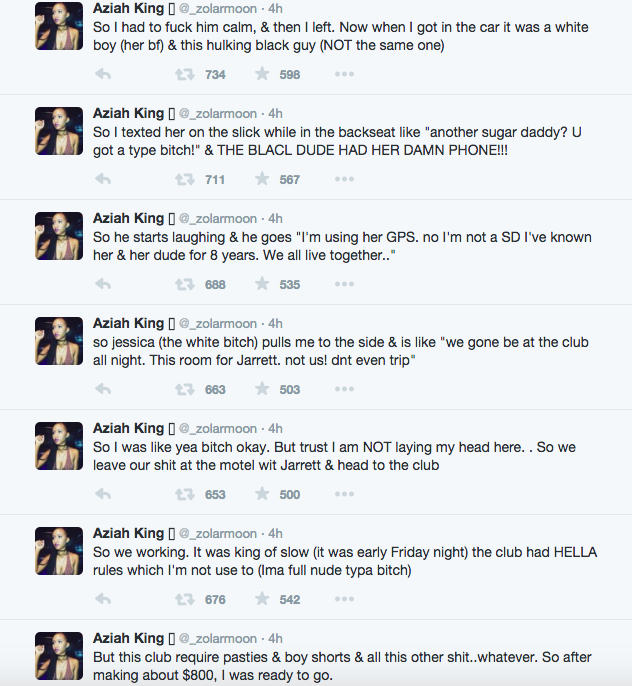 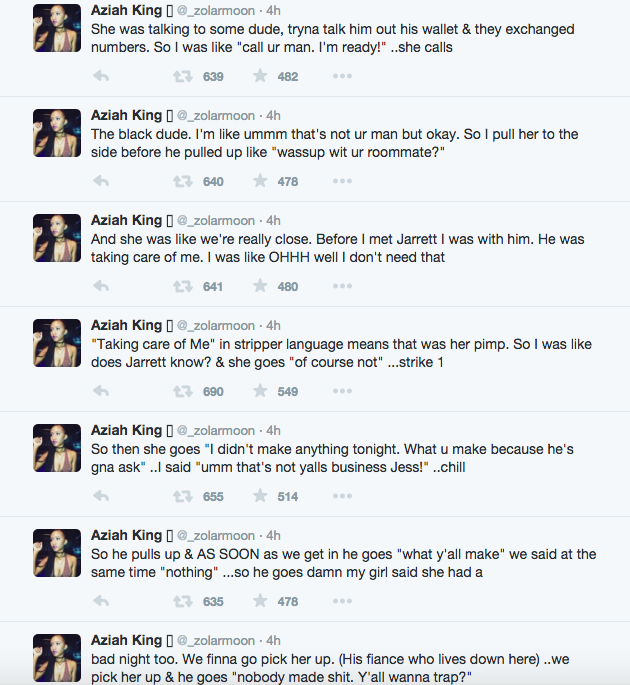 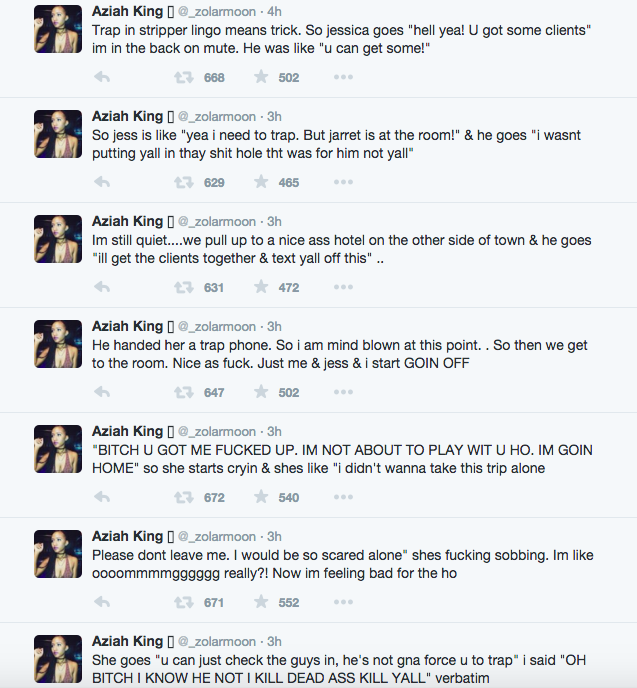 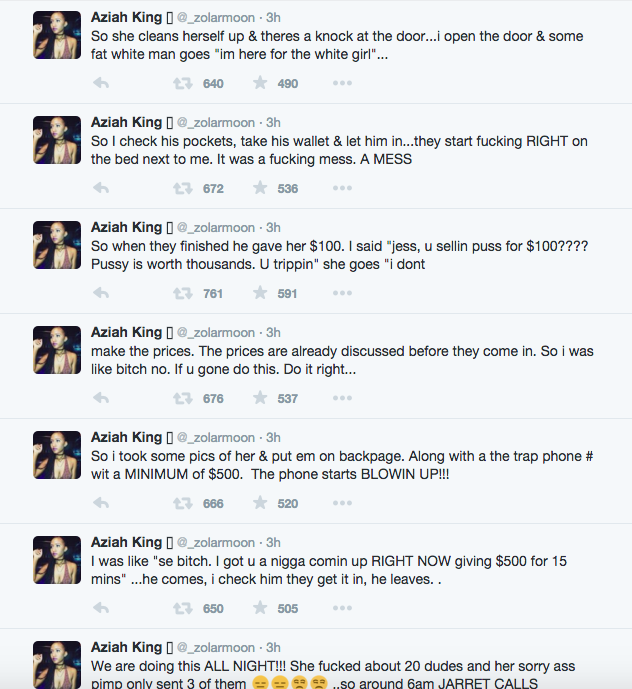 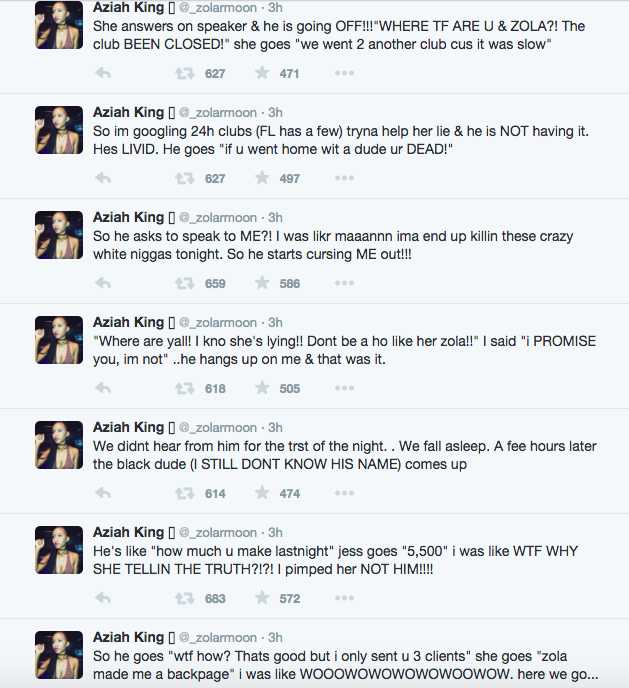 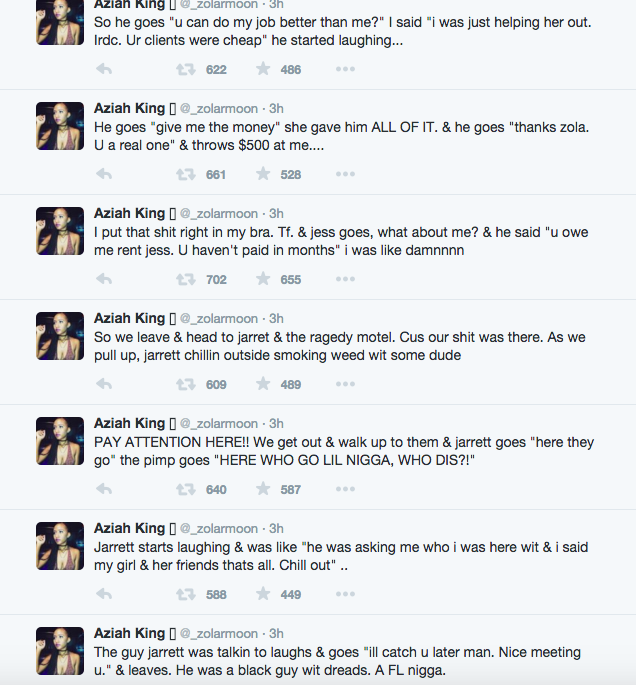 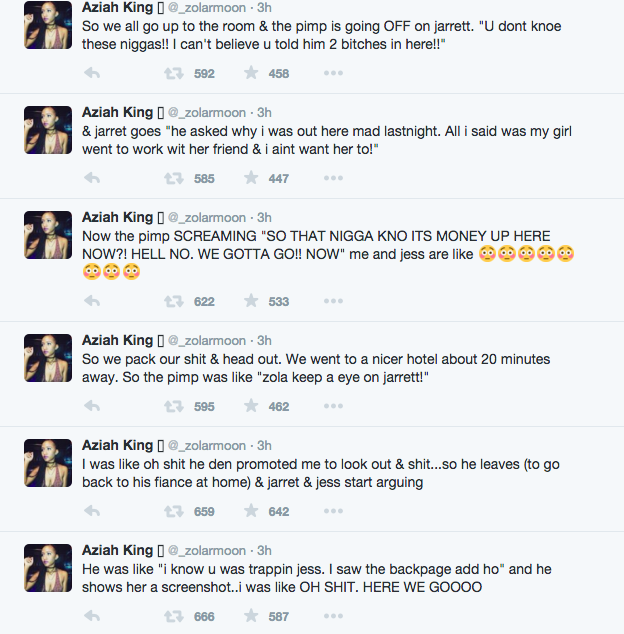 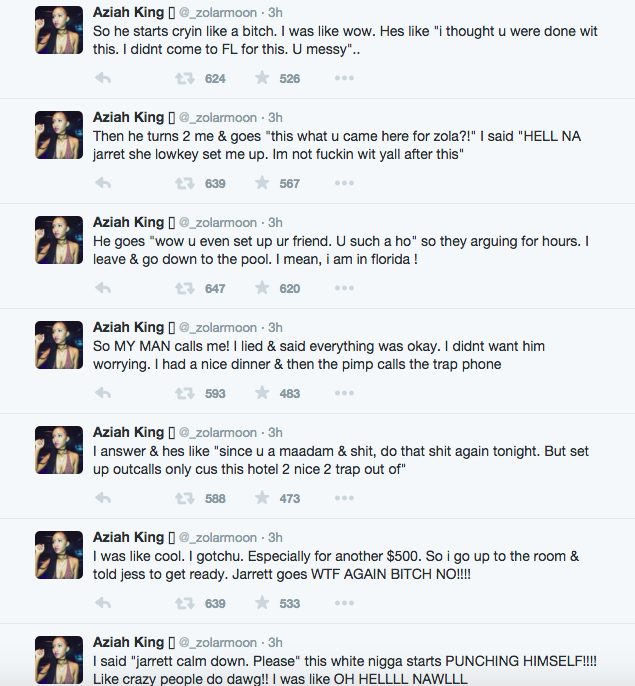 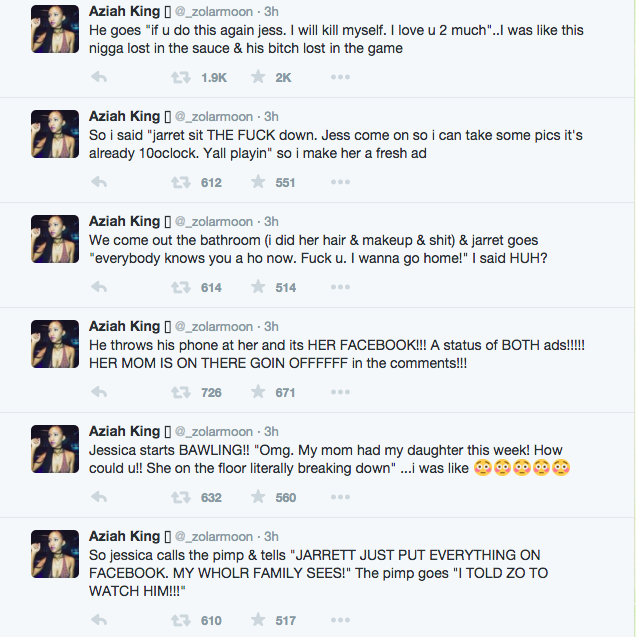 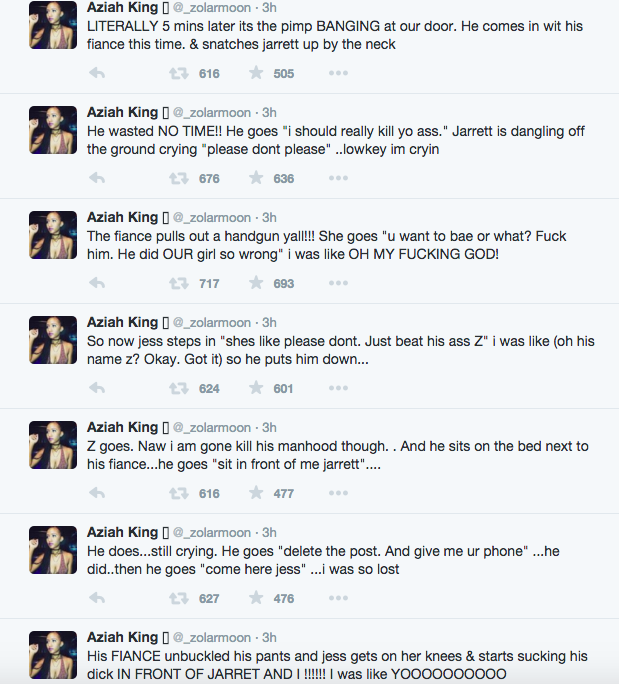 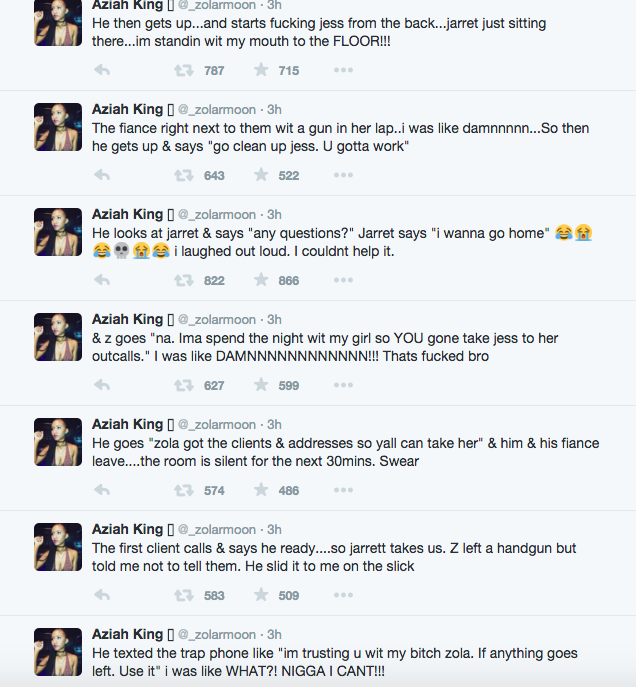 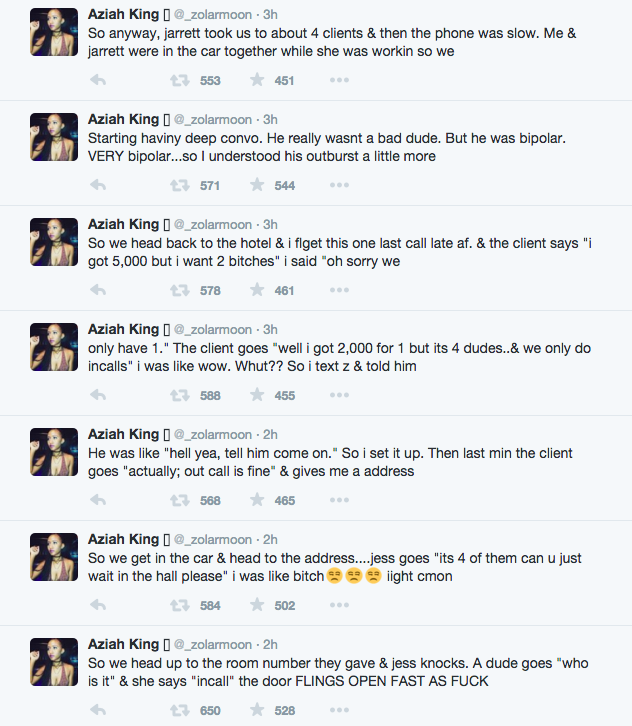 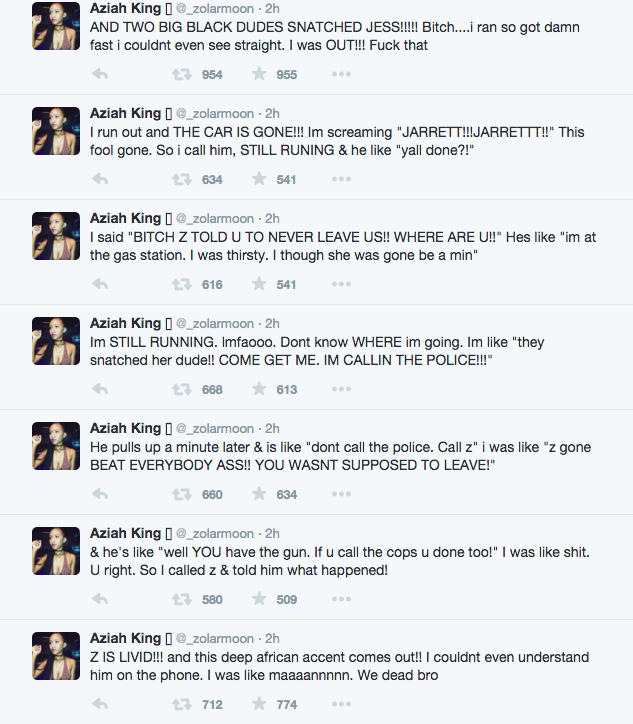 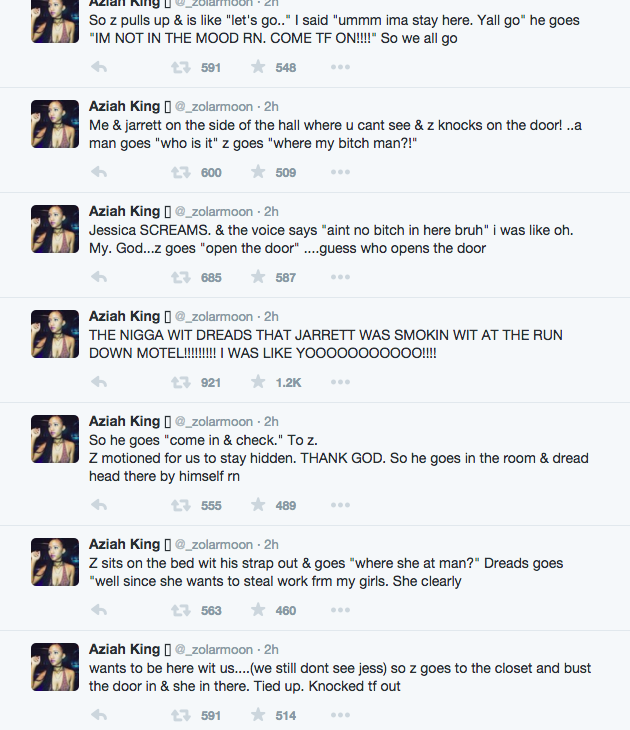 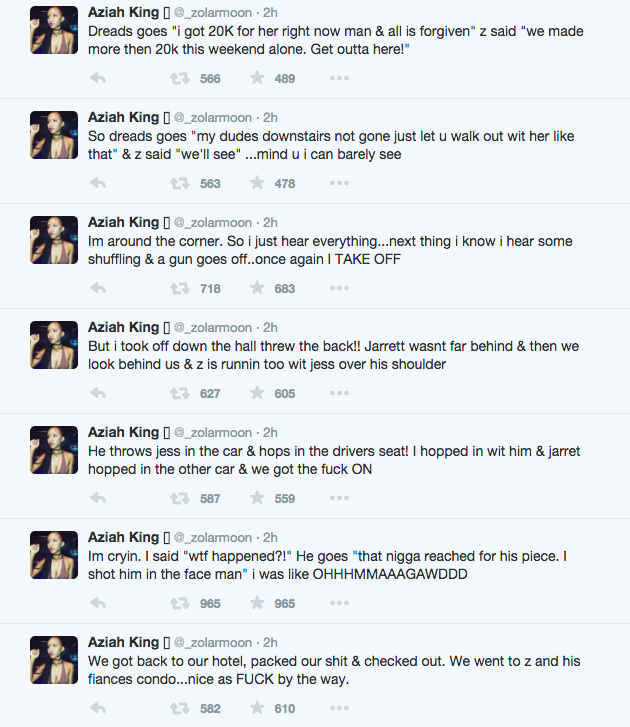 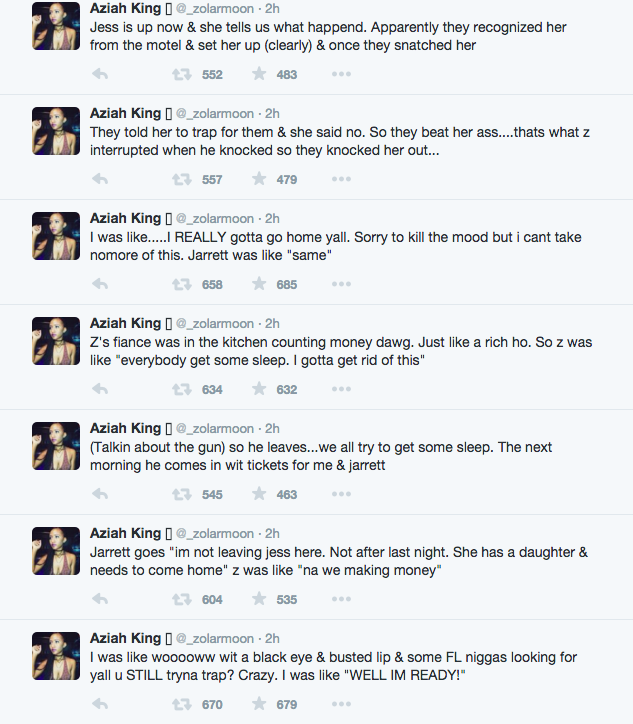 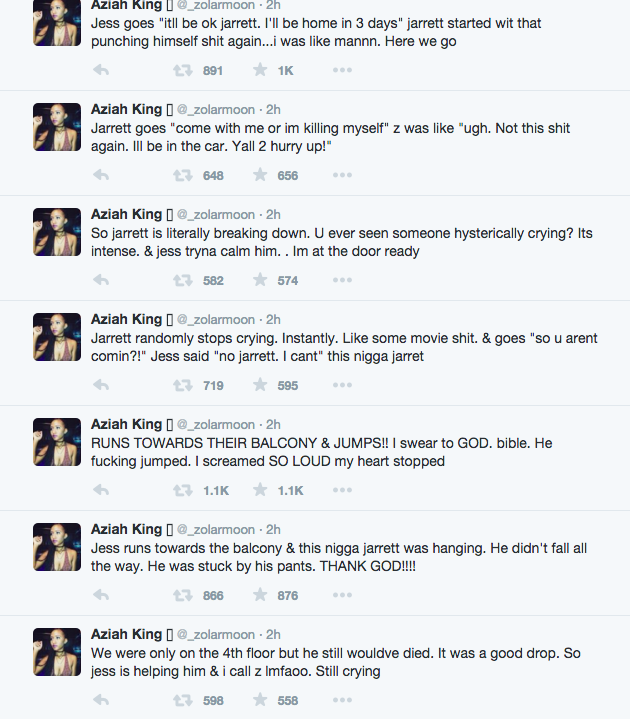 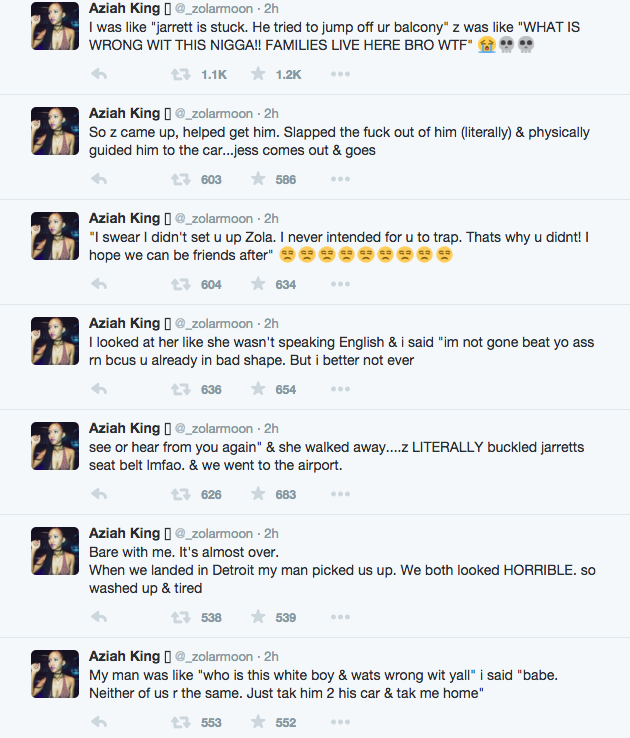 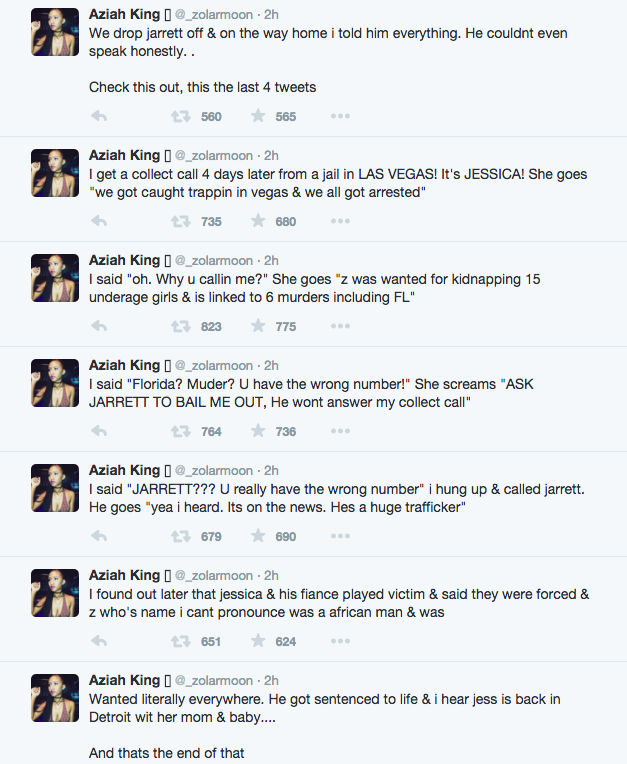 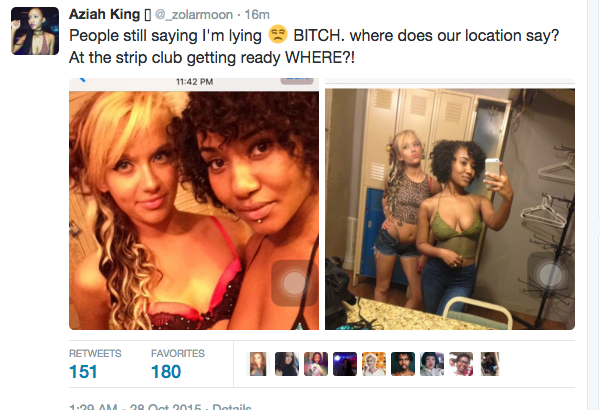 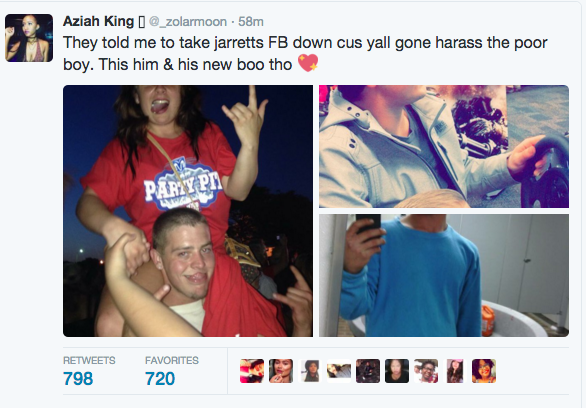 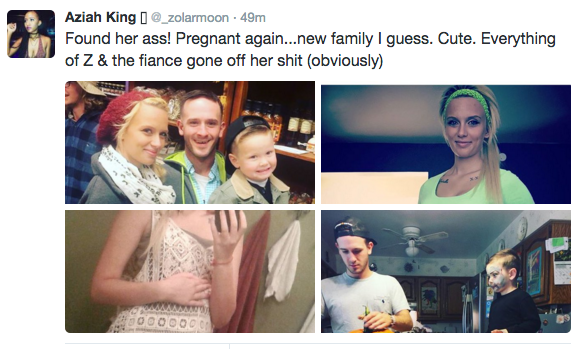