The adaptation was developed by producer Donna Gigliotti (producer of Oscar-caliber fare like “Shakespeare In Love” and “Silver Linings Playbook”), with Allison Schroeder penning the screenplay adaptation, which 20th Century Fox picked up, with a January 13, 2017 release date eyed. Although, as I’ve previously argued, the film might get a late 2016 Oscar-qualifying run in a limited number of theaters (NYC and LA specifically), and then open wide in January 2017. No one has read the book yet because it hasn’t been published (except the people who are making a film based on it), but it certainly reads like potential awards material – especially at a time of movements like #OscarsSoWhite.

And it looks like it just might get an awards season run, as Fox announced recently that the studio is planning to showcase the film at the Toronto Film Festival next month – a notable awards season festival stop for studios with potential contenders. Fox is also said to be engineering an Oscar-qualifying run for “Hidden Figures” in late December.

No word on what specific Oscar categories Fox may be eyeing for the film. But a splashy fall film festival debut (if not at TIFF, maybe at AFI) accompanied by early critical praise for the film (assuming that to be the case) would certainly lend support to a late December release. So a TIFF/AFI showcase could serve as a test of the film’s commercial and critical appeal, and instruct Fox on what moves to make next.

A new poster – a Lego poster – for the film was shared on its Facebook page this afternoon, and which is embedded above. You can compare it with the original poster, below, where you will also find the trailer for the film. 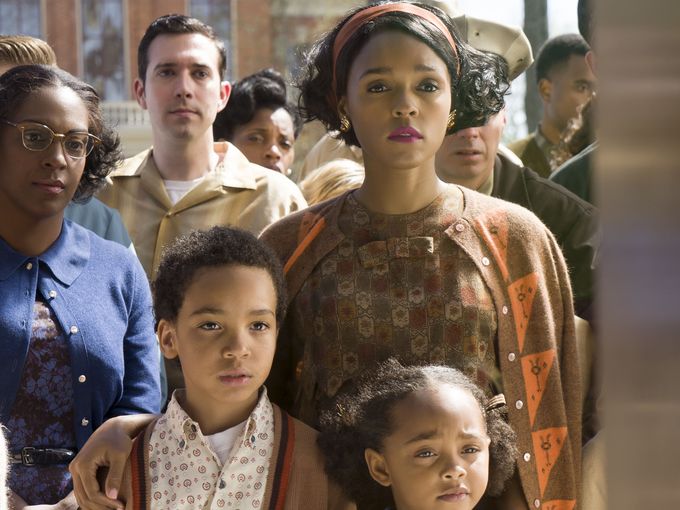