After a series of delays, the film adaption of Stephen King's The Dark Tower, starring Idris Elba and Matthew McConaughey, hits theaters this weekend.

Elba stars as the gunslinger Roland Deschain, and Matthew McConaughey is the villainous Man in Black.

The Dark Tower franchise of novels, which King himself considers his magnum opus, is a cross-genre work, including elements of science fiction, fantasy, horror and western, with at least 8 novels in the series, published between 1982 and 2012.

Shortly after the film's worldwide premiere, Shadow & Act had the chance to talk to Elba on the film, his character and the decision to racebend his character Roland/The Gunslinger, who is typically thought of as white in King canon.

When asked what drew him to join this film, Elba suggested that it was an easy decision to make. "The main reason I suppose was to be a part of Stephen King’s universe and legacy," he said. 'He’s one of the most prolific writers of our generation. He’s made incredible literature and incredible films have been inspired by that literature. He’s sort of like royalty in terms of guys that write fiction that turns into film." It made for an opportunity that he couldn't refuse. "Obviously this is something he’s very proud of, so it felt like a massive opportunity to do something that could be awesome."

Many filmgoers will probably head into The Dark Tower without any knowledge of King's novels. Elba himself calls this a "complex" story, but drills it down for us to understand it simply. "My analogy is that if you imagine your brain as the universe, and your conscious state as The Dark Tower, you have those on one side telling you to forget your conscience, who is the Man in Black portrayed by Matthew McConaughey, and those that say stay without your conscious mind and that’s the good, who is my character, Roland." 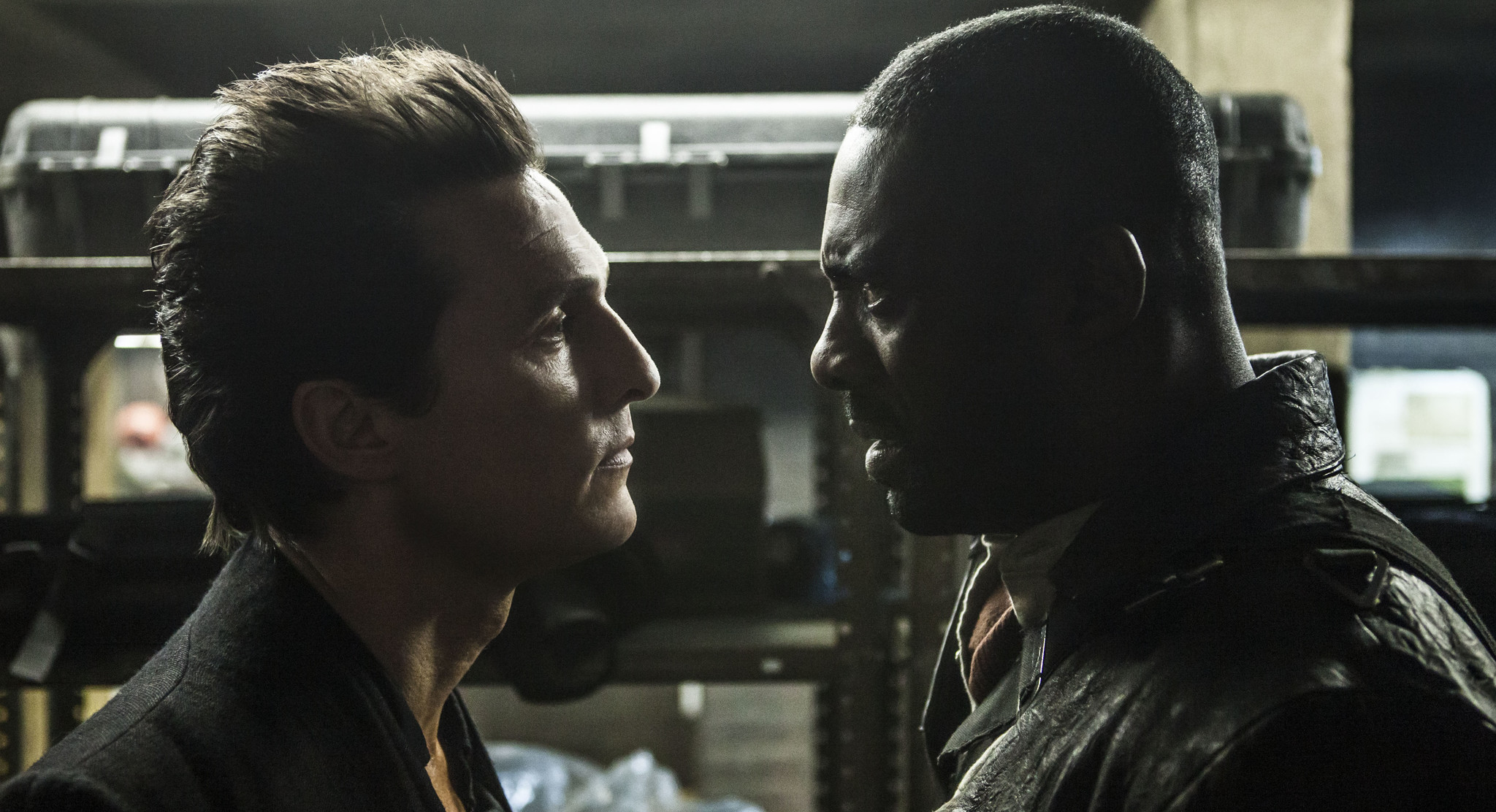 So where do the gunslingers come in? " In King’s universe of books, The Dark Tower has always been attacked, like our conscious attacked every single day. And you have a line of gunslingers protecting it. So my character, when you meet him, is the last in the line of gunslingers over centuries, fighting the Man in Black to bring down The Dark Tower, or your conscience," said Elba. But here's the thing -- Roland isn't like the past gunslingers. "When you meet him he is last in the line but he is so conflicted," explains the actor. "He doesn’t want to fight for the tower, he wants to kill the Man in Black. The Man in Black killed his father, the gunslinger before him."

All in all, Roland is a hero, but Elba says he's a conflicted one. "When you meet him he has a dark heart. He uses guns to shoot those trying to bring the tower. He’s very good at shooting guns, but he’s lost his way." Elba had quite the opinion on Roland/The Gunslinger being black in this film. "The iconography of this character has always been white," he said. Of course, being this western-fantasy type hybrid, for years, the perceived image of the character would look something of sorts like Clint Eastwood in the 1960s. This is evident from the variations of book covers over the years. On his casting, Elba says, " I think they decided to get an actor that embodies what they thought they need. What’s important is that we can mark a time in cinema where the fact someone’s skillset is highlighted over his race is incredible. It also marks a point where the kids that have no idea that the Gunslinger is in the books and described as Clint Eastwood, will see me in the role. There is no reference for them that this was a white character. That’s not the case."

He admits to witnessing the backlash from people "close to the material" that didn't like the idea of a black actor playing Roland. And Elba's thoughts on that? He's unbothered. "To be honest, I could care less. The fact of the matter is that I was given the opportunity, and Stephen King could care less. It's more about my skill set and what we do as filmmakers."

The Dark Tower is in theaters now.