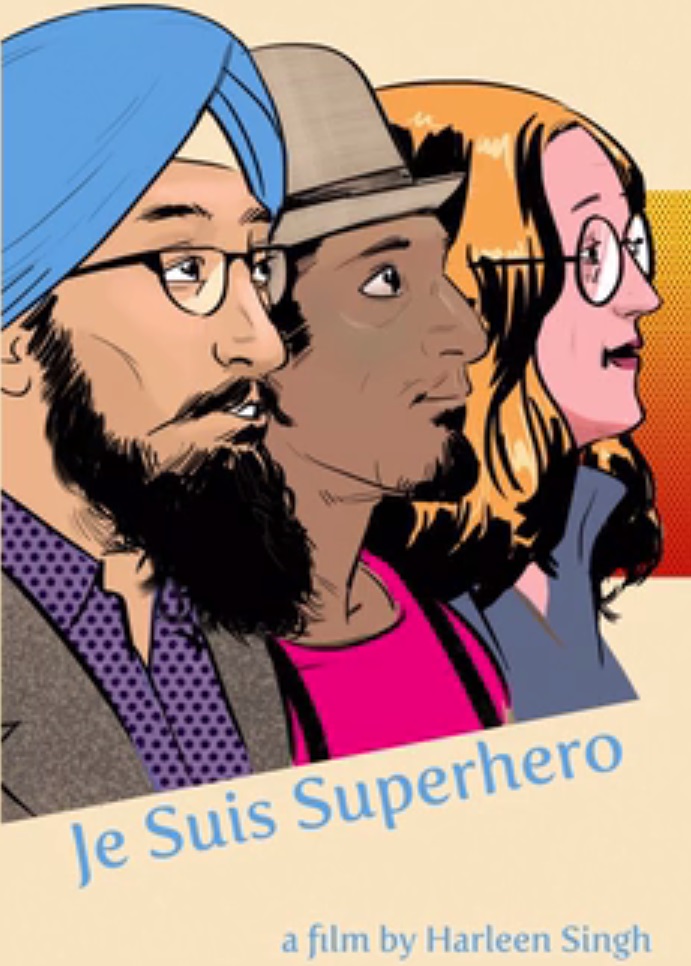 A worthwhile Kickstarter campaign that could use your contributions… It’s already passed its base goal as you can see below, of $12,000. with a total thus far of $16,000. But the ultimate goal of the filmmakers is to raise as much as $65,000 (although not necessarily all at once), to not only complete the film, but also to market it, tour the film festival circuit and an eventual commercial release. So their next goal after meeting the first one, is now at $35,000.

So take a look at the sales pitch and video below, and if you’re sold, visit the project’s Kickstarter page to make a contribution.

Have you ever wondered how stereotypes quickly become the norm? That’s a question that Harleen Singh is exploring in her new documentary ‘Je Suis Superhero’. The documentary, currently crowdfunding on Kickstarter will explore racial, gender and appearance stereotypes through the unique lens of comic books and cartoons.

"Comics provide a fascinating description of the society we live in" Singh said. "They not only incorporate storylines that are entertaining, but they also capture the mood and culture of our times. Comic books with superheroes have been around since the World War 2, however, they have not adapted to the diversity we see in our modern society. They continue to propagate stereotypical super heroes – male, white, wearing a cape, possessing incredible superpowers etc. Women and diversity characters are rarely represented. It’s a fantastic and creative back drop to say that super heroes are much more than the appearance – it is about the values."

The film also features experts who bring in additional insight on the cultural aspects of comics and how they either reinforce or shatter stereotypes. Andrew Farago, the Curator of the Cartoon Art Museum in San Francisco, Adam Elrashidi, a producer at AlJazeera International and Dr. Arvind Singhal, a renowned storyteller and expert in entertainment education, bring their charm and set the stage for the audience to understand the serious topic in a friendly manner.

Brought to you by Kaur Films, Harleen is the brains behind "Je Suis Superhero."  She hopes her film makes you think. "The message of the film is about embracing diversity," Harleen said. "Stereotyping is a hot topic, it is out there in newspapers, it’s in the political process and even sports. People are talking about racism and gender issues. This is clearly the right time for a story like Je Suis Superhero to carry the conversation forward and shatter falsehoods and preconceived notions."

"If you have to judge people then get to know them, see and understand their actions and then make an informed decision. Looks are deceiving."