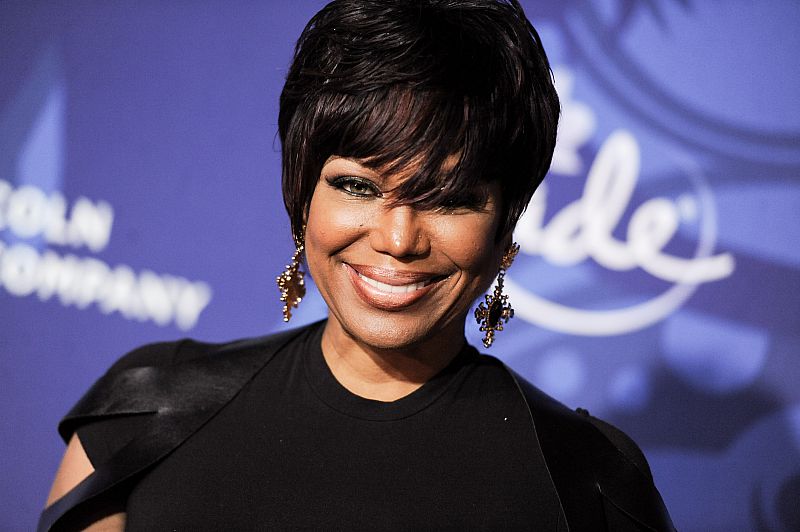 Despite much criticism the film faced due to its glossing over of Dr. Dre’s history of violence against women, "Straight Outta Compton" was a box office smash, grossing over $200 million worldwide, and was the 19th highest movie domestic earner for all of 2015, according to Box Office Mojo.

One of the women on the receiving end of Dre’s past abuse – singer Michel’le, who spoke publicly about the physical and emotional violence she endured during her six-year relationship with the hip-hop mogul – is going to tell her own story on film; both as a scripted made-for-TV movie.

The Lifetime movie network has officially picked up the film, and has announced it as part of its 2016/2017 programming development slate with the tentative titled "The Michel’le Story," which will detail the life of the R&B singer who became a platinum artist on Ruthless Records.

It will be produced for Lifetime by Sony Pictures Television and Thinkfactory Media, with Leslie Greif executive producing.

No other information is available on the project at this time.

When asked for her thoughts on "Straight Outta Compton" soon after the movie’s release, Michel’le said that she wasn’t outraged that her abusive relationship with Dre was not depicted in the film: "I’m not upset that they didn’t put me in the movie… It’s their movie, right? Their money."

She added: "I was his fiancée… He told me he loved me, so I don’t think I understood it, but he was abusive, mentally and physically… I didn’t know any better, because my father never told me he loved me. When you find a guy that wants to be with you all the time, you think that’s love, right? I had to make my own world."

Michel’le has stated publicly that during their relationship, Dre kicked her and broke her ribs, sending her to the hospital, injuring her in such a way that her ribs never did entirely heal. "I was just a quiet girlfriend who got beat on and told to sit down and shut up," she’s said.

In response to Dre’s public apology last year, Michel’le replied: "I didn’t ask for a public apology and I think if he is going to apologize he should do it individually."

Former TV host Dee Barnes also spoke about her experiences with Dre, penning an essay for Gawker, specifically detailing his brutal assault on her in 1991 – an incident that also isn’t depicted in "Straight Outta Compton."

"Michel’le is one of the most talented, fearless women I have ever met, captivating audiences both on stage and in front of the camera. The past few years of working with her have been incredible and we are thrilled she’s allowing us to lower the veil to tell her inspiring inside story as no one else could," stated Adam Reed, EVP Thinkfactory Media. "Michel’le’s conviction for life and raw honesty deserves to be shared with the world, and we are honored to give her story justice."

"I am so excited about my partnership with Thinkfactory Media. For many years I was unwilling to share my personal experiences. I am now ready to open up about my career, relationships and family," stated Michel’le Toussant. "I am confident that Thinkfactory Media will give an accurate depiction of my life and this tumultuous yet amazing journey I’ve been on."

Who would you cast as Michel’le? We can also assume that Dr. Dre and Easy E. will be represented in the film; who should play them?