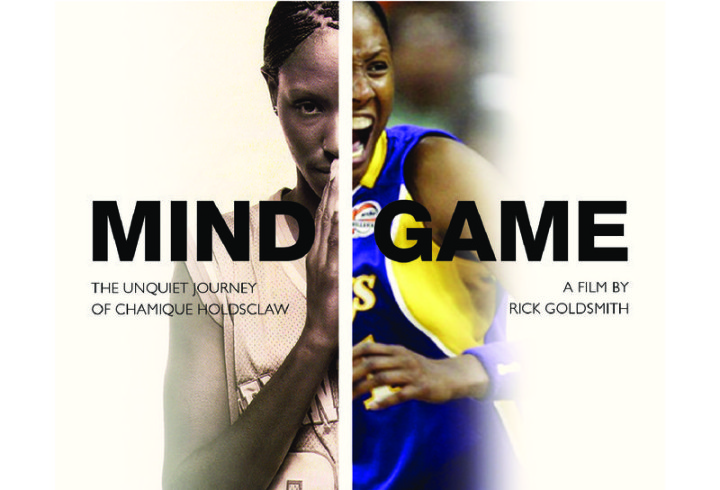 Logo today announced a series of new documentary films that showcase topical social issues and untold  LGBT stories of overcoming incredible odds. The upcoming slate from Logo Documentary Films includes stories of a professional athlete who battles and overcomes mental illness, soldiers who fall in love before seeing their romance ripped apart by war, and a group of women inmates who give real-life context to "Orange is the New Black."

"The stories in the upcoming documentary slate expand on Logo’s rich history of diverse storytelling by providing fresh and eye-opening looks at some of today’s most talked about societal issues," said Pamela Post, SVP of Original Programming at Logo. "The filmmakers brilliantly showcase inspiring individuals who exhibit the true strength of the human spirit by overcoming challenges that threaten life and love."

Logo Documentary Films’ 2016 slate launches with the premiere of "Mind/Game: The Unquiet Journey of Chamique Holdsclaw" on Tuesday, May 3 at 9PM ET/PT on Logo as part of Mental Health Awareness Month. Called "the female Michael Jordan," Chamique Holdsclaw’s basketball superstardom was cut short by mental illness and a near-suicide before she fought her way to recovery. Directed by Academy Award-nominated Rick Goldsmith ("The Most Dangerous Man in America: Daniel Ellsberg and the Pentagon Papers"), "Mind/Game" explores the challenges of mental illness within the sports world through an intensely intimate portrait of one exceptional woman.

"Chamique has a bravery that goes beyond the basketball court," said Taj Paxton, Executive Producer of Logo Documentary Films. "Mind/Game not only provides a gripping character study of a female athlete who refuses to give up, but also gives those living with mental illness and their families the inspiration and courage to navigate their own journeys."

Logo Documentary Films will premiere additional films throughout the remainder of 2016.

– "Out of Iraq" – Two enlisted men in Iraq, one an Iraqi solider, the other a US translator, fall in love before being forced to flee when one becomes the target of an honor killing. With thousands of miles between them, they fight to be reunited. A World of Wonder film produced by Fenton Bailey, Randy Barbato; Produced by Eva Orner and Chris McKim; Co-Directed by Academy Award-winner Eva Orner ("Taxi to the Dark Side") and Chris McKim; and Co-Produced by Aaron Butler.

– "The IF Project" – A Seattle police officer started a writing program to try and understand how inmates ended up incarcerated. The IF Project stemmed from a collection of essays after WOMEN IN PRISON were asked about the one thing that could have changed the direction of their life. Directed by Kathlyn Horan ("The Indigo Girls: One Lost Day").

– "Untitled Chef Project" (in post-production) – A film about women in the professional food scene, featuring three culinary rock stars whose gifts with food fuel their drive for success, politics and a sense of community. Executive Produced by Patty Ivins and Rob Van Alkemade. Directed by Patty Ivins.