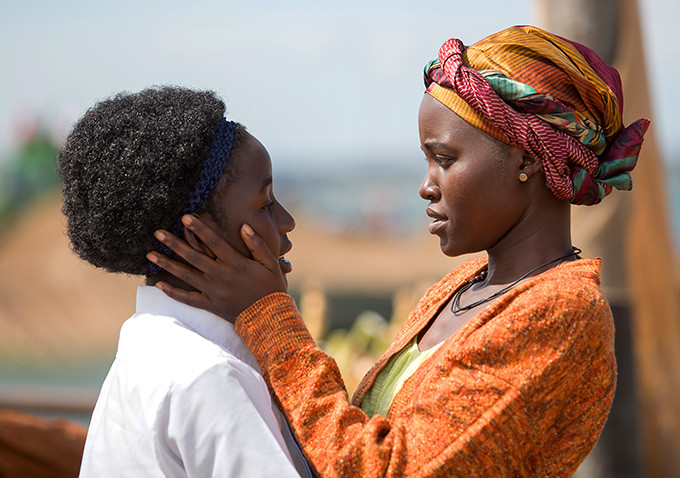 Disney has slotted Mira Nair’s drama "The Queen of Katwe" for a September 23 theatrical premiere in the USA. It will open in a limited release to start, and then expand it a week later on September 30, to other cities around the country.

Lupita Nyong’o co-stars in the film which is based on "The Queen of Katwe: A Story of Life, Chess, and One Extraordinary Girl’s Dream of Becoming a Grandmaster," by author Tim Crothers, which tells the true story of Ugandan chess prodigy Phiona Mutesi, also known as "The Queen of Katwe."

Joining Nyong’o in "Katwe" is newcomer Madina Nalwanga, who plays Phiona Mutesi in the highest profile feature film project to come to Uganda since 2006’s "The Last King of Scotland."

"Katwe" was filmed in the spring of last year, so I fully expected a 2016 premiere; although I expected Disney would give it a film festival circuit run to start, in order to build some momentum going into the film’s theatrical release later in the fall, if not earlier. That could still happen; high profile film festivals like Venice and Toronto would be perfect world premieres for it.

It’s a film that’s on my 2017 Oscar potentials list. There could be nominations for Nyong’o, Oyelowo, and the star of the film, Nalwanga, in what could be a role that gets her the same kind of attention that Abraham Attah received for "Beasts of No Nation" this year.

Now we wait for a first trailer.