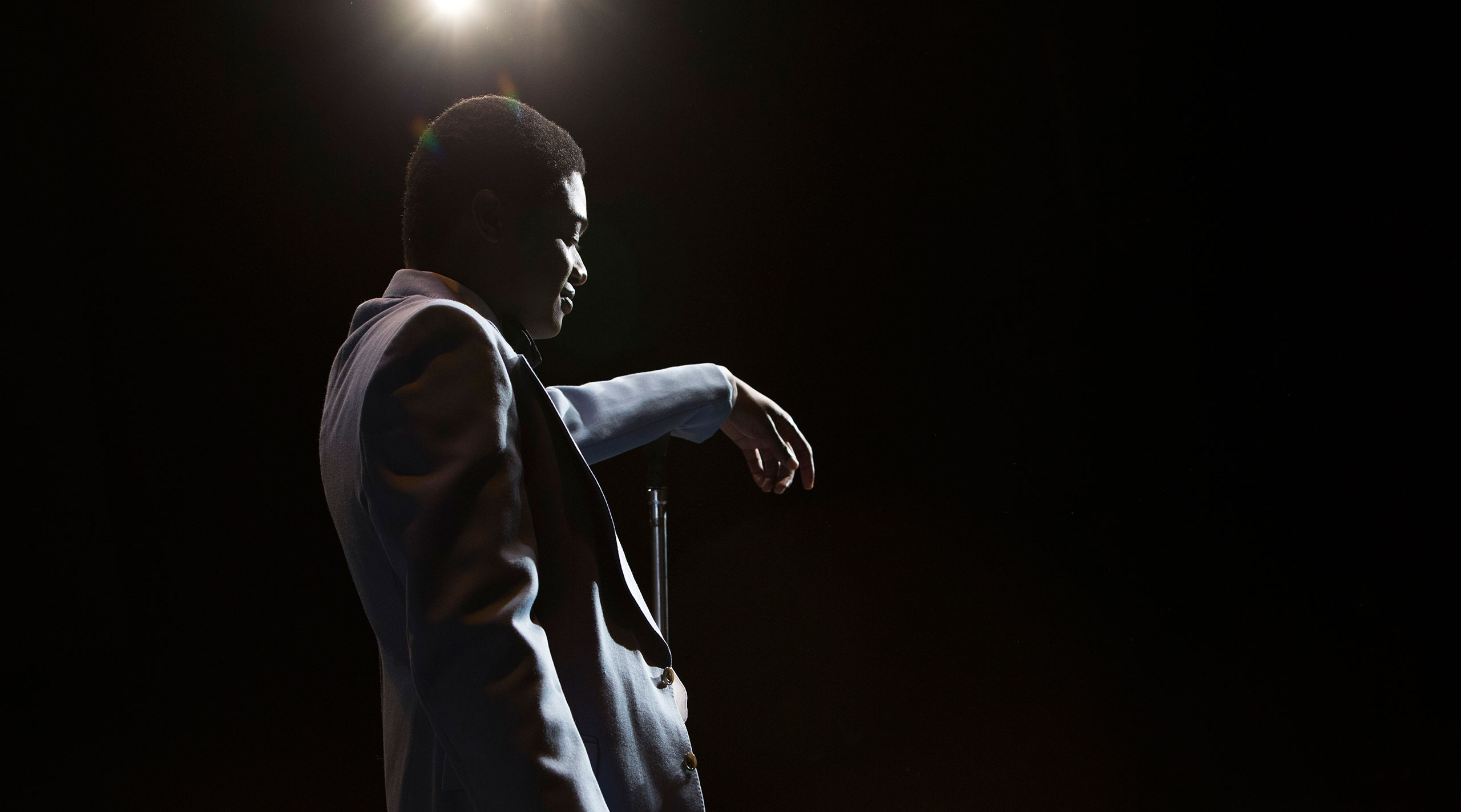 Making its New York City premiere at the New Voices in Black Cinema Festival, which runs April 21 to 24 at BAMCinematek in Brooklyn, is the acclaimed drama from the BBC, "Danny and the Human Zoo," written by Lenny Henry and directed by BAFTA Rising Star Destiny Ekaragha (whose feature debut, "Gone Too Far," was covered on this blog, and also made its New York premiere at New Voices last year).

The film is a fictionalized account of actor/comedian Lenny Henry’s life as a talented teenager in the 1970s, in Dudley, England. It stars newcomer Kascion Franklin playing the title character, Danny, with Lenny Henry playing his dad, Samson, and Cecilia Noble his mum, Myrtle.

Arthur Darvill, Richard Wilson, and Mark Benton round out the starring cast.

Said Lenry Henry in a press statement prior to the film going into production: "I can’t believe that we’re finally shooting my screenplay ‘Danny And The Human Zoo!’ This is a fantasy memoir of the first two years of my career – my beginnings, working on the Zoo, working men’s clubs and all that stuff that happened to me in the mid-Seventies – but crammed into 90 minutes. The script took about three years with the help of Nicola Shindler and Caroline Hollick at RED Productions and now we’re going to make it in Dudley – led by a wonderful director Destiny Ekaragha. There’s an incredibly talented cast and I feel very lucky to be a part of it all."

The official synopsis reads: "Danny’s world is a series of complex minefields which he has to negotiate: his home life – which his ebullient mother rules with an iron fist in an iron glove; his love life – where the Irish girl he’s in lust with won’t give him the time of day until he wins his first competition; and finally the ups and downs of his emerging career. When Danny wins a talent competition at the local club, he soon finds himself working the comedy circuit. Audiences can’t get enough and applaud Danny as he effortlessly morphs into Mohammed Ali, Tommy Cooper and Frank Spencer, eventually hitting the big time on TV – an unheard-of achievement for a young black boy. But an unscrupulous manager takes advantage of Danny and forces him to star in a show – Musical Minstrel Cavalcade. Danny hits rock bottom. Having made his name by becoming other people, Danny has to save himself by finding out who he really is."

Juliet Charlesworth is the producer.

It is made by RED Production Company for BBC One.

If you’re in New York City next week, here’s your chance to see the film (it may be your only chance) on the big screen when it screens at the New Voices in Black Cinema festival next week Friday, April 22, at 2pm. Tickets are available for pre-purchase, and you’re strongly advised to pick up yours before next week, as they’re selling well! Click here for more info on the film and to buy tickets: http://www.bam.org/film/2016/danny-and-the-human-zoo.

Watch a trailer below: