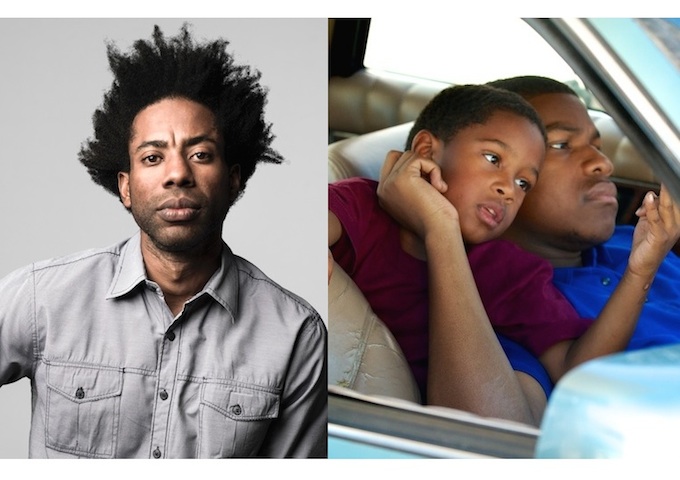 Starring a pre-"Star Wars" but post-"Attack the Block" John Boyega, writer-director Malik Vitthal’s feature directorial debut, "Imperial Dreams," will screen at the New Voices in Black Cinema Festival in Brooklyn, New York City, at BAMCinematek, next week Friday, April 22, at 7pm. A Q&A with the filmmaker will follow the screening. Tickets are selling fast to see a film that not many have since its Sundance world premiere 2 years ago; so you’re strongly encouraged to pick up yours as soon as possible. To further entice you, check out an interview Vitthal gave to us some months after its Sundance premiere. You’ll also find a good-looking trailer underneath. Tickets to next week Friday”s screening can be found here: http://www.bam.org/film/2016/imperial-dreams.

John Boyega gives an impressive performance in the movie as

Bambi, a 21-year-old newly released from prison and trying to turn his life

around by becoming a writer. With a 4-year-old son to care for, Bambi struggles

to find work, food and shelter without turning back to a life of crime, which

housing projects of Watts, Los Angeles. The heartfelt storytelling is

accompanied by slick photography by DP Monika Lenczewska and a spellbinding

about casting Boyega, telling a story that honored the community of Watts, and

the effect his film had on its real-life inspiration, Bobby "Yay Yay"

On meeting and working with Jones:

We met four years ago and we made a short film together. I

basically interviewed him and his family, and I really thought there was a

great story there. I think it’s an interesting jumping off point when you have

new direction. That was the spark for the film, so we wanted to dive deeper

On developing the script:

I wrote the script with my friend Ismet Prcic, who I met 10

years ago when he moved here from Bosnia. He knew a lot about that war-torn

trauma that happens, the psychology, which is similar in Watts as it is to

Bosnia. So we kept writing it, and then Izzy and I went to workshop the film in

the Screenwriters Lab in January 2011. We’d try to bounce it off Bobby here and

there, but we worked on the narrative between the two of us and the Sundance

And then in 2012, we got into another lab in Jerusalem where

they brought me out to workshop the script again. It’s interesting going and working

on it in a place like Israel, which is so close to Palestine. It mirrors a lot

of the things that happened in the story, like Watts being so close to other

parts of LA that are totally different. So after that process we came back and

found a production company, Super Crispy, that got behind us and developed it

further, and then we went and shot.

How the film helped save Jones from an extended prison sentence:

Soon after I wrote a first draft, Bobby got busted and they

were trying to give him 14 years for a gang injunction, a felon with a loaded

weapon, and breaking parole. So I worked with his public defender over the next

six months, over different trial dates, and basically gave him the script that

eventually that helped to get him a plea bargain down to one year.

On casting and working with John Boyega:

We got our number one choice with him. I’d seen him in "Attack

The Block" and he’s just a special person, in that he does a number of

things at one time. He’s vulnerable, he’ll let you in, but he can also play the

authentic part of coming from that life. Everyone from Watts was really

welcoming to him because they knew that he was stepping up to be their voice.

with them and understand their psyche. He’s got this special thing where he’s

able to just morph into somebody, but still bring his own kind of charisma to

it. He works really hard, he comes from a good family, and he understood the

intentions of the story. He’s also a storyteller himself, so we had some great

next level. He helps that character jump off the page.

On filming in Watts:

The people in Watts were extremely supportive in helping us

shoot the film there. They petitioned on our behalf to help us keep the

Imperial Courts projects location. The housing authority tried to take away our

permit, yet the residents knew this film was a positive story and fought alongside

us to keep the location. Over the course of development I spent a lot of time

with Bobby and his extended family, so for the past four years we have really

had a chance to grow together, and the community recognized the positive

effects of my intentions and really welcomed us.

About shedding light on the broken institutions in Bambi’s life:

happened while I was hanging out with Bobby. I’d go with him to the DMV and he

wouldn’t be able to get his driver’s license for a certain reason, then we’d go

to Child Services and he’d just get the runaround. Or I’d be with Bobby and we’d

go to get fish or something and come back, and we’d get in a car chase.

So it was about respecting the realities that young men deal

Part of recidivism is that when these guys get out of jail, their options are

very limited. It’s hard to find a job, all that stuff. But we didn’t want to

stand on a soapbox; we just wanted to show it in an appropriately real light.

On the dream-like style of the film, from the photography to music by

sees this world, which to some may be crass from the outside, but that’s how he

sees it. And he’s got a poetic way of establishing that in the way that he

writes about it. But also, we didn’t want it to be too dark [tonally]. It’s

still got to be magical. So we wanted to bring it all together and help give it

its own voice. And Flying Lotus just has an elegance, a sophisticated view of

the environment, and then everything else kind of builds around that. Flying

with it that helps bring everything together.

On deciding the film’s ending:

After meeting a bunch of these young men, [I hope] this film

can act as a mouthpiece to say that no matter what situation you’re in, you can

get up and keep fighting and achieve your goal. Our goal from the beginning was

to be realistic to the environment, to say that there are some very heavy

things that you have to deal with in the film, but there’s also hope. So we

very bittersweet feeling, but you know that this kid’s going to keep working