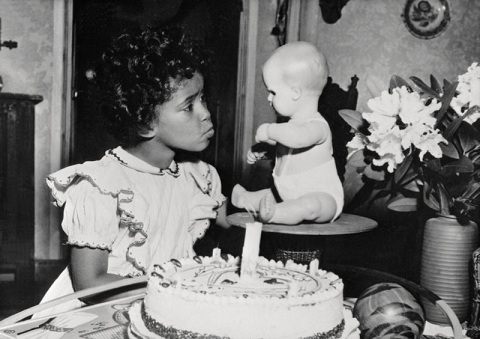 For anyone interested in foreign films, one of the most interesting periods of German filmmaking was the post war period between 1946 to the mid 1960’s.

In effect, only two types of films were being made: pure escapist film such as musicals and comedies that were designed to make the audience completely forget the ugly events of the recent past. And then there were films like "The Lost One," "Germany Year Zero," and "Murderers Among Us" which explicitly dealt with the aftermath of the horrors of World War II and Germany’s guilt and repercussions.

But of all the films, one of the most fascinating, and worthy of rediscovery, is the 1952 film "Toxi," co-written and directed by Robert Stemmie, who was a major and very successful director of the period. It was one of the very few German films made then, and even now, which seriously tried to deal with race. No doubt a very touchy and controversial subject considering Germany’s Nazi “racial purity” agenda.

For years the film was very difficult to see. I first saw it a few years ago during a film series of post-war German films. However, the film was eventually remastered and released on DVD and is available from the DEFA Film Library DVD series at the University of Massachusetts Amherst.

The film centers around an abandoned German “occupation baby,” which was the term for children of U.S. soldiers (stationed in Germany after the war) and German women, who were abandoned by their parents. It was estimated that there were some 3000-5000 of these children, many of whom were biracial.

The lead actress, who was six years old when she made the film, was Elfie Fiegert, herself an “occupation baby,” left by both her parents, and was adopted by a childless German couple who renamed her.

Interestingly, in the film, Fiegert is listed in the credits as just Toxi, as if the film’s story was telling Fiegert’s real life story; Toxi and Fiegert being one and the same. She actually went professionally by the name of Toxi for several years, and then as Toxi Fiegert, until eventually using her real name, much later in her career.

In the film, Fiegert plays, of course, an “occupation baby” left on the doorstep of a well-to-do Hamburg family, the Jenrichs. We later find out that the person who left Toxi is the now destitute and ill friend of the Jenrich family’s grandmother, and with her daughter now dead, and the father nowhere to be found, leaves Toxi with them. Of course, the family is immediately split on what to do with her. Some want to send her to an orphanage, while others want to keep her in the family.

Eventually, despite objections, and more than a few attempts to get rid of her, and some dramatic incidents, Toxi, through her own sweetness and genuine sincerity, wins everyone over. The film ends with a tearjerker of a scene, when Toxi’s black father shows up to take her back home to the U.S. – her wish finally coming true to meet her real father, who she always believed would come back for her.

The film is made in the high gloss 1950’s Hollywood studio style similar to Warner Bros or MGM films of the same period, and there are some genuinely and wonderfully touching scenes that are played out for pure emotional impact. But on the whole, one can argue that, while it does, of course, have its fair share of problems, at least the filmmakers meant well.

No doubt, there are some powerful and honest scenes, such as the glaring, hateful stares and dismissive behavior Toxi encounters when she interacts with adults, but is too young to comprehend what they mean.

On the other hand, it is impossible to even believe that a group of white German filmmakers who lived in Germany before, during and after the Nazi period, and who would have never had any contact with black people whatsoever, would have any sort of understanding, however slight, of the black experience in Germany, or elsewhere for that matter.

As a result, there are several very clumsy sequences in the film, such as Toxi’s infatuation with white dolls and white skin. Or the awkward Xmas holiday scene where Toxi and some other children are acting in a pageant as the three wise kings; Toxi in pasty white face, while the other kids are in blackface. One supposes the filmmakers were saying that we’re all the same underneath our skin?

Or the really bizarre scene where a commercial artist, and the boyfriend of one of Jenrich’s daughters, inspired by seeing Toxi eating some candy, uses her image to create a new poster ad for a candy project. However the end result looks uncomfortably more like an ad for a vaudeville blackface minstrel show.

But the success of the film rests on the tiny shoulders of Fiegert, and she’s a real joy. Spontaneous and instantly endearing, you like her immediately from the first moment she appears on the screen. And considering this was the first time she had ever acted in anything, she gives a completely natural performance.

As for what happened to Fiegert after "Toxi," not surprisingly, her life was basically a series of professional and personal disappointments.

As a result of the box office success of "Toxi," Fiegert appeared in a couple of films such as "Sterme uber Colombo" (1953) where she played a Sri Lankan, and the 1955 film "Der Dunkle Stern" ("The Dark Star") which was essentially a remake of Toxi in which Fiegert played an orphan who’s adopted by a group of traveling circus performers.

But as the years went on, the roles got smaller and harder to come by. By 1957, she had some minor roles in the films "Zwei Bayern in Harem" ("Two Bavarians in a Harem") and "Aunt Wanda from Uganda" (and with a title like that, don’t you just want to see it?). But frustrated with the lack of opportunities, she left acting.

However, in 1963, she quit her job working for an insurance company and tried again to make a career as an actress. But the roles she got, when she was able to get any, weren’t any better, reduced to playing the “exotic mulatto” roles. She appeared in the Latin American-set "Das Haus in Montevideo" and "Unsere Tolle Tanten in der Sudsee" ("Our Crazy Aunt in the South Seas"), in which she played a Polynesian wearing mainly just a grass skirt (see below).

However, it was also around this time that Fiegert started dating an older Nigerian student doing graduate work in Munich, and eventually they got married. That was met with the disapproval of his parents who wanted him to marry a Nigerian woman and not Fiegert, who they considered to be German, and refused to financially support them. The hubby also forbade Fiegert to act in films, so once again, she quit acting with plans to eventually move with her husband back to Nigeria.

They nevertheless stayed in Germany, while she worked as a shoe salesman and secretary for the Bavarian Ministry of Agriculture. However by the late 60’s, Fiegert found herself a divorced single mother, and, once more, tried her luck at establishing an acting career. With the exception of a few very small film roles, she concentrated mainly on working on the stage and in television, appearing on some TV episodes and even game shows.

She also appeared in a few German documentaries, and some for NBC and CBS. However, by the early 70’s, she gave up acting for good and seemingly disappeared from sight. That is until, in a newspaper interview she gave years later, in the 80’s, in which she revealed that she had remarried and was, at that time, living in Mallorca, with no plans to ever return home to Germany, due to the racism and barriers she faced there.

She also sadly revealed in the interview that she hadn’t seen her son in over a decade, who, by then, was living with his father in Nigeria, and was forbidden to have any contact with him.

After that, she completely disappeared from sight. If anyone has any knowledge of her current whereabouts and situation let us know.

But Fiegert, in her own way, paved the way for other black German actors such as Pierre Sansoussi-Bliss and Carol Campbell, who have, no doubt, faced their own struggles pursuing acting careers in Germany, despite the country’s rapidly growing multi-ethnic population.

Fiegert in "Toxi" does provide a fascinating look at an atypical German film during a fascinating period in Germany’s film history, and despite its faults, it’s definitely a very worthwhile film to see.

Below are two scenes from "Toxi," both without English subtitles, but it’s pretty easy to figure out what’s going on. In the first scene, Toxi first appears to the shock of the household. One calls her, translated into English, “a little chocolate girl.” The second scene comes from one of the dramatic high points of the film when she finds herself lost in Hamburg. 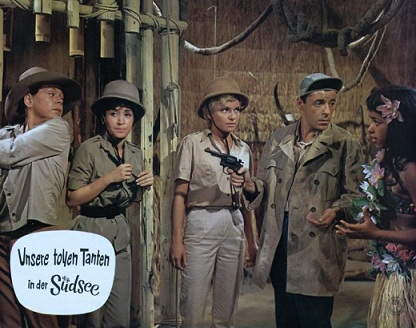