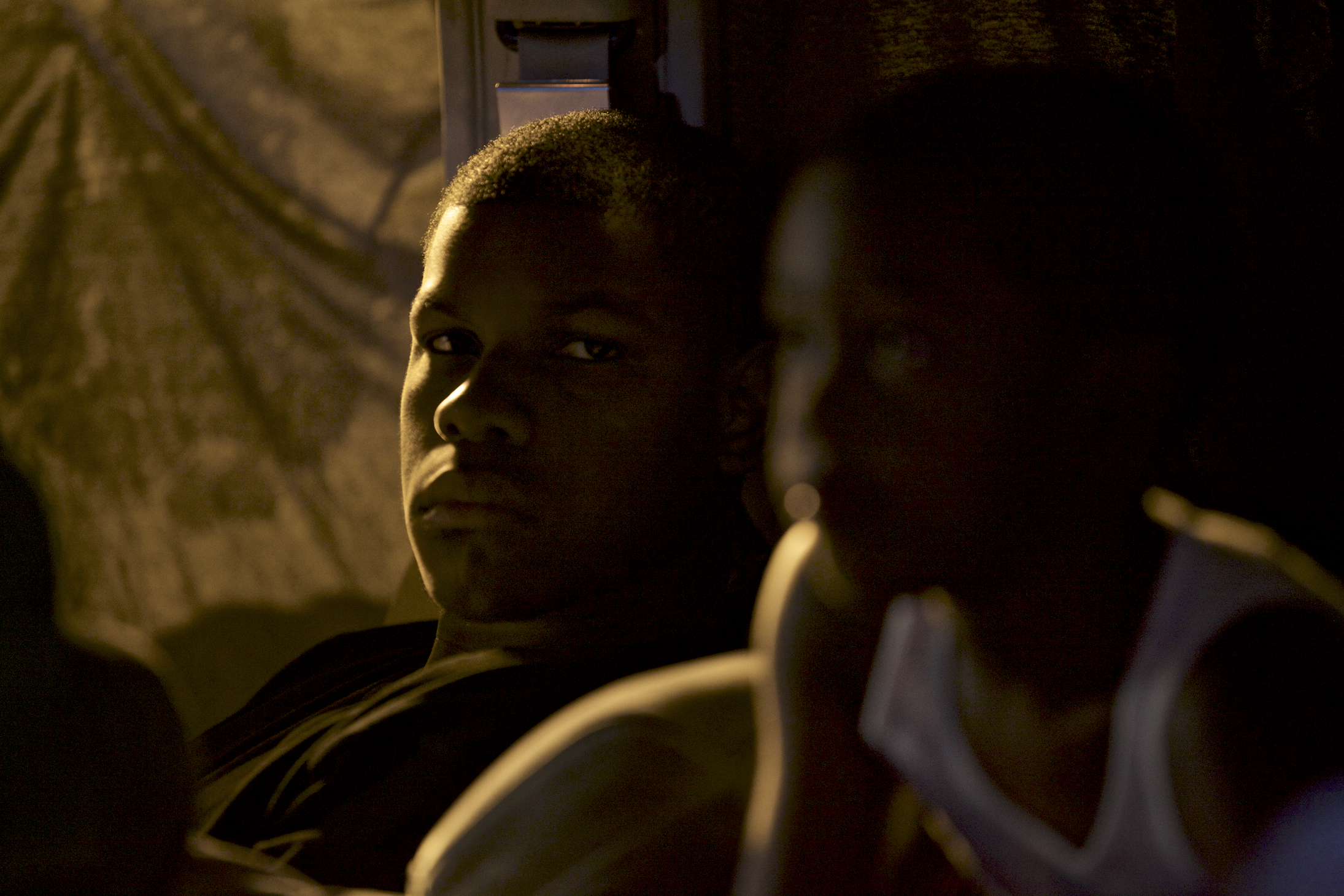 Malik Vitthal’s debut feature "Imperial Dreams" screens at the New Voices in Black Cinema Festival in Brooklyn, NY, which kicked off last night and will run through this Sunday, April 24, 2016. For tickets (which are selling fast) and other info related to the film and the festival, visit http://www.bam.org/film/2016/imperial-dreams.

seeking a better life for himself and his son.

Award at the Sundance Film Festival last year, as it represents classic and

heartfelt storytelling at its best. But as an understated drama set in the crime-ridden

Imperial Courts housing projects of Watts, Los Angeles, it runs the risk of

being overlooked as a story we’ve seen before.

The plot centers on Bambi (John Boyega), a 21-year-old newly

his life around. But as soon as he hits the streets of his old neighborhood, he’s

confronted with challenges that threaten to pull him back into a life of crime.

twins Justin and Ethan Coach), who’s been left in the care of his drug-running

locked up on charges of her own. Bambi’s brother Wayne (Rotimi), cousin Gideon (De’aundre

him back into the fold, but their needs only threaten to trump his own goal of

side in a struggle akin to "The Pursuit of Happyness," clinging to his

dream against all odds. But unlike that story, this one moves beyond the moral of

personal willpower to acknowledge some of the broken institutions holding its

hero back. Through Bambi’s eyes, we see the day-to-day difficulty of life as an

ex-con, where getting a job or even an ID can be next to impossible.

Vitthal avoids many of the clichés common to the genre with

the layered portrayal of Bambi and his loved ones. This is a world where

violence and corruption are prevalent, but also where black men, even presumed

parts toughness and vulnerability. The "Attack The Block" star plays the

role of Bambi with a maturity that reaches far beyond his 21 years, reflecting both

his talent and the harsh realities of the character, who isn’t afforded the

luxury of an easy childhood. According to Vitthal, Boyega spent a month in

Watts prior to the film getting familiar with Bobby "Yay Yay" Jones,

the real-life inspiration for the film. Apparently the work paid off, as he pulls

off the role convincingly, giving a glimpse of what’s sure to be a stellar

Despite its merits, "Dreams" had a definite lack

of buzz and has yet to receive

distribution. It’s possible that the film seems to tread in old territory considering

recent "Fruitvale Station," another tale where a troubled youth tries

to turn over a new leaf. And even the premise of a reformed ex-con in the hoods

of LA harkens back to a bygone era of ’90s thug dramas.  But to gloss over "Dreams" as

just another film set in the hood would be a mistake. With rich storytelling,

fine acting, and captivating cinematography and score by Flying Lotus, the

movie is a cinematic achievement.