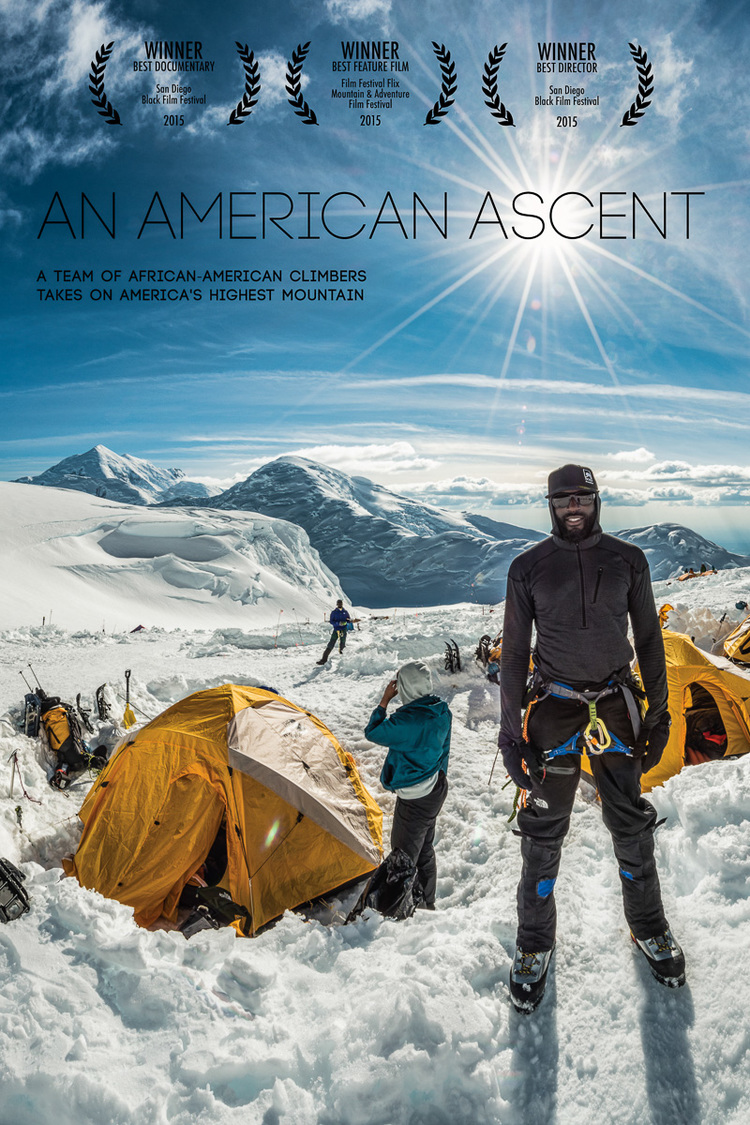 Filmed 3 summers ago, and previously titled "Expedition Denali," the now-titled "An American Ascent" follows 9 mountaineers who attempted to become the first all-African-American team to climb Denali (a.k.a. Mount McKinley) in Alaska, which rises to 20,320 feet above sea level.

Directed by Andrew Adkins and George Potter, the short version of the story goes… In the summer of 2013, the National Outdoor Leadership School (NOLS) brought together a group of men and women who made history as the first team of African Americans to blaze a trail up America’s highest peak – Denali – in part to mark the 100th anniversary of the peak’s first ascent, but also to build a legacy by paving a way for young people of color to get outside, get active, get healthy, become passionate about America’s wild places, and chase their own Denali-sized dreams.

I just learned that RLJ Entertainment has picked up distribution rights to the riveting feature documentary (I programmed it at the New Voices in Black Cinema Festival in NYC last year) with plans to release it later this year. Although no specific date has been given. But it’s a film I definitely recommend whenever it’s available in your neck of the woods, or on various VOD and streaming platforms.