It opens April 6th in limited release, but if you live in Los Angeles, or will be there on that day, you can see the film 2 weeks early, on March 22nd at 7PM at The Ray Stark Family Theatre, SCA 108, George Lucas Building, USC School of Cinematic Arts Complex, 900 W. 34th Street.

The preview screening is FREE and OPEN TO THE PUBLIC; but you have to RSVP if you plan to attend. Do so HERE.

The teen dramedy We The Party, directed by Mario Van Peebles, is described as a cutting edge hip-hop-infused dramedy about the first generation of high schoolers to come of age during the Obama years, and stars Michael Jai White, Salli Richardson-Whitfield, Snoop Dogg, Melvin Van Peebles, Tiny Lister and several other actors and musicians.

A revealing look at contemporary youth culture, writer-director Mario Van Peebles’ WE THE PARTY shows teenagers as they are, not as adults would like them to be. Set amidst the latest trends in music, dance and fashion, WE THE PARTY is a colorful, cutting-edge comedy set in an ethnically diverse Los Angeles high school during America’s first black president. The film focuses on five friends as they deal with romance, money, prom, college, sex, bullies, facebook, fitting in, standing out, and finding themselves. Evoking such classic teen comedies as The Breakfast Club and House Party but with an attitude and style all its own, WE THE PARTY captures the hopes, confusion, challenges and dreams of today’s teenagers as they plunge headlong into an uncertain future.

Check out the trailer below and official poster underneath it:

WE THE PARTY – TRAILER from evelyn santana on Vimeo. 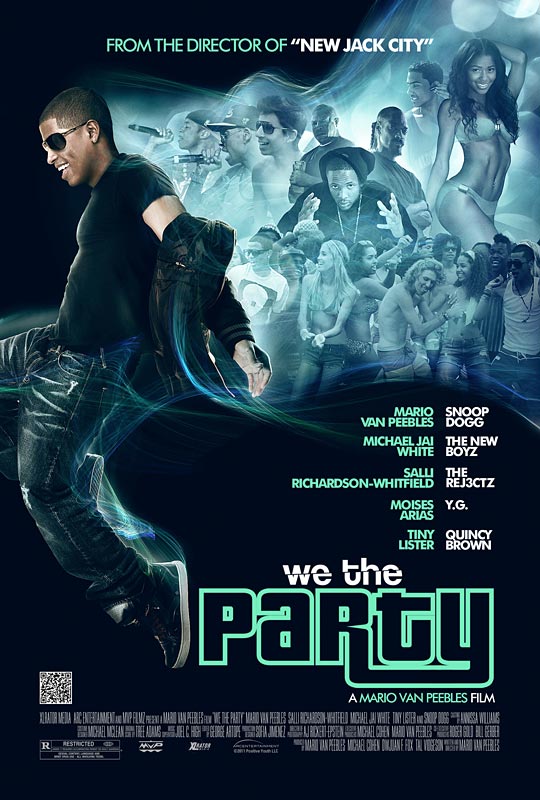