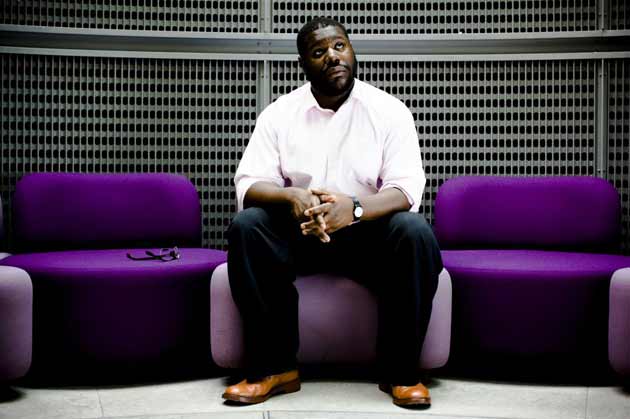 His HBO series "Codes of Conduct" was scrapped, and he’s now working on a drama about the lives of black Britons for the BBC, with a likely 2017 premiere date eyed.

But in the meantime, Steve McQueen (who hasn’t released any new feature film or TV projects since his Oscar-winning "12 Years a Slave," which seems like ions ago now), has shot a new short work for Burberry, promoting its Mr. Burberry fragrance, following a story set in London.

The video, which stars British musician and actor Josh Whitehouse and model Amber Anderson, portrays a young couple appreciating each other in a luxurious London hotel suite, posing in classic Burberry trenchcoats, with a song titled "I Won’t Complain" by British singer-songwriter Benjamin Clementine, providing a soundtrack and helping to set the mood.

He told the UK’s Telegraph: "I wanted to convey the idea of two people who are passionately in love and go off on a dirty weekend. It’s that moment when all you’re thinking about is each other, and all you want is to be with each other. It was about passion and sex."

Watch the minute-long commercial below: