An ode to the most underappreciated comedy on television, 'Survivor's Remorse'

Cancellation season is nothing new. Year in and year out, television fans and critics alike are subject to the ending of shows they’ve either grown to love or followed very closely.

My personal top four include The Carmichael Show, Limitless, Pitch and American Crime — not including Timeless, which was brought back by NBC and Underground, which I’m still hoping is picked up by Netflix, Hulu or Amazon.

That four was expanded to a five this week as Starz announced that the LeBron James-executive produced comedy Survivor’s Remorse would not be returning for a fifth season on the network.

Survivor’s Remorse follows Cam Calloway, played by Jessie T. Usher, a basketball phenom in his early 20s, who is suddenly thrust into the limelight after signing a multi-million dollar contract with a professional basketball team in Atlanta. 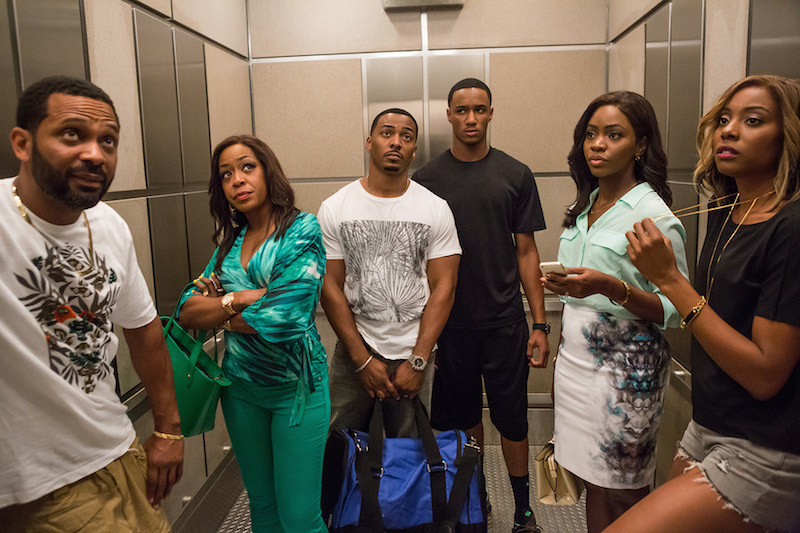 Cam, along with his cousin, manager and confidant Reggie Vaughn, played by RonReaco Lee, move to Georgia to start Cam’s journey to success. The two confront the challenges of carrying needy family members and their strong ties to the impoverished community that they come from. Cam, Reggie and an unforgettable group of characters wrestle with the rewards and pitfalls of stardom, love and loyalty. The cast also includes Tichina Arnold has Cam’s mother, Cassie, Teyonah Parris as Reggie’s wife, Missy and Erica Ash as Cam’s sister, Mary Charles, aka “M-Chuck.” Mike Epps starred for the first two seasons as Cam’s uncle, Julius. Later seasons saw an increased presence of Robert Wu as Cassie’s boyfriend and the owner of his the company he has a sneaker deal with, Da Chen Bao, and Megan Tandy also came on board as Cam’s now-fiance, Allison Pierce.

The show was created by actor and writer Mike O’Malley (known for his roles Yes, Dear and Glee) and attracted talented directors for its episodes like Debbie Allen, Victoria Mahoney and Salli Richardson Whitfield, just to name a few.

During its time on television, Survivor’s Remorse was critically acclaimed, with most critics across the board praising the performances from the actors and the timely, socially-relevant storylines tackled by the show.

“The cast is terrific, and some of the lines are screamingly funny, but there’s also an empathetic, moral undercurrent to the story — the usual cautionary tale about having all your dreams come true.” — The Washington Post

“Survivor’s Remorse is a gem, a likable, smart, and wise single-camera comedy that, despite its clunky title, is as smoothly produced as an effortless, fluid jump shot. Swish.” — Boston Globe

“Survivor’s Remorse, despite being one of TV’s most well-written single-camera comedies, remains one of its most tragically unsung.” — Screenrant

“Superbly written, thought-provoking comedies of this caliber are hard to come by these days – especially ones that leave no question as to what they are and what they aspire to be.” — Salon

Despite all of this, it ran under the radar for the most of the time. For some of you reading, it may be the first time you’ve heard of Survivor’s Remorse. Maybe it’s the name of the game of being on a premium network? However, the show’s airing on a premium network may have extended its lifespan by a couple of seasons.

A somewhat lack of awareness surrounding the show didn’t just extend to viewers, but also the love that it should have been shown come Emmy time, with Erica Ash, Tichina Arnold and RonReaco Lee giving superb performances — not to mention what should have been Outstanding Comedy Series and Writing nods. Survivor’s Remorse filled a void that we didn’t know was needed — something that he hadn’t seen on television.

Week after week, the actors on the show gave their all in these performances. RonReaco Lee, very familiar to most audiences as Tyreke in Sister, Sister (not forgetting his other roles throughout the years in Let’s Stay Together, The Good Guys, Complications, etc.) gives the performance of his career in the series. No doubt, if the show earned all of the accolades that it should have, Lee would have Emmy nods running neck and neck with some of the best in the game. Not dismissing the other performances, but during most of the show’s run, Lee pulls most of the show’s heavy lifting. Pilot season best be good to him, because if anything, Survivor’s Remorse shows he has the range and then some. The brotherly relationship between first cousins Cam and Reggie is at the crux of the series, providing a much-needed narrative to relationships between black men on television.

Aside from Lee, there’s Erica Ash, portraying one of the most notable representations of a queer PoC that we’ve seen in some time. Brash, outspoken and unhinged, Ash also broke out in this role. In an era where the word ‘unapologetic’ is growing to mean less and less to those who embrace themselves for who they truly are — you can’t help but use this when describing M-Chuck. And Ash is definitely leading woman caliber, bringing both a comedic sensibility and dramatic chops to the show.

Then, there is Missy, powerfully portrayed by Teyonah Parris. As a foil to on-screen husband Lee’s Reggie, over the past four seasons they redefined the “unfriendly black hottie”-meets-“guy from the wrong side of the tracks” storyline that we’ve seen time and time again — and they made it new, fresh and entertaining. Parris, no stranger to acclaimed roles, is taking her talents to Barry Jenkins’ next big hit film, If Beale Street Could Talk.

Continuing to cement herself as the comedy queen, Tichina Arnold delivered a master class with Survivor’s Remorse. Did Cassie always get it? No. Do our parents always get it? Of course not, and that’s what made her performance here, like that of Lee’s, possibly the most powerful in her storied career. Although a good amount of mainstream television viewers might not have seen Survivor’s Remorse, they’ve probably seen that viral clip of Cassie from the series that got thousands of retweets on Twitter, in Arnold’s infamous monologue telling Cam about her gang rape resulting in M-Chuck’s conception.

Mike Epps had a hilarious turn as Cassie’s brother Julius, before he was killed off in the season two finale. While many critiques of the last two seasons might say this was a turning point (in a bad way) for the show, it wasn’t, with the series continuing to rest its laurels on the shoulders of Ash and Lee, and comedic relief from Robert Wu’s Da Chen Bao and a solid performance here from Meagan Tandy.

Lastly, to be honest, we all know that the character was polarizing as hell, but you have to give kudos as well to Jessie T. Usher as Cam Calloway. We rooted for Cam while yelling at the television about his entitlement. How many shows have you watched that can have that impact on you? While I’m excited to see Usher flex his acting chops in a different type of role (he’s toplining an upcoming Shaft reboot), Cam Calloway will be a missed character.

Aside from the acting, the writing was smart, witty, and fun — yet serious. In the age where most of our beloved comedies aren’t just delivering the laughs — but the tears as well, Survivor’s Remorse pulled off the delicate balance of both. A lot of the dialogue consisted of somewhat-lengthy monologues by characters, slowly pulling the viewer in with each line. Despite in what sometimes could have been seen has heavy dialogue, it didn’t seem as such.

Its first season, which fired from all cylinders, are comedy gems which should probably rank in a list of the best comedy episodes of all time — ‘How to Build A Brand’ which cleverly turned the story of a dying teen (Jacob Latimore) into a laughing matter, and ‘The Decisions,’ a hilarious, yet very real portrait of the experience of LGBT folks attending traditional black churches.

Close-runners up are two Season 3 episodes —  ‘No Child Left Behind’, which dissected black folks and guns, mixed of the Calloway-Vaughns hilariously discovering their heritage, and ‘The Thank You Note,’ which made me think about how I never thought that an episode of a television series would outline a bougie black tendency such as proper etiquette for thank you notes.

All in all, while Survivor’s Remorse should go down in history as one of the best comedies in our generation, unfortunately, it may just be remembered as the most unappreciated, with the reminders of how incredibly frustrating it was that more people didn’t tune in.

However, we are left to appreciate the four seasons we were given, with the final one concluding as not a definitive ‘end,’ but more questions and answers about the family’s next move.

So long Calloway-Vaughns, until we meet again.