Today in 1964, Sidney Poitier Made Oscar History. A Look at Black Actors and the Best Actor Academy Award 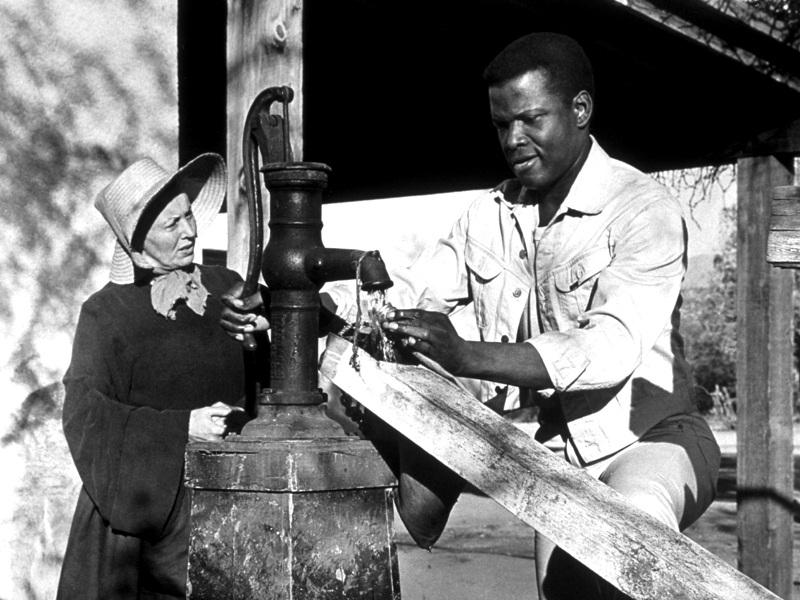 Today in history, April 13th, 1964… Sidney Poitier became the first black performer in a leading role to win an Oscar for his role in "Lilies Of The Field."

He also holds the record for the youngest black actor (male) to win the Best Actor Oscar, at age 37.

This would be Poitier’s second nomination for the award; the first being for his performance in "The Defiant Ones," 5 years earlier.

Since then, 2 black actors have won the Best Actor Oscar – Jamie Foxx for his performance in "Ray" in 2005, and Forest Whitaker for his role as Idi Amin in "The Last King of Scotland" in 2007.

In total, black actors have been nominated 20 times for the Best Actor Oscar (half of them came in the current century), and won on just 4 occasions, all listed above, over an 88 year period. Terrible isn’t it? But it’s even worse for black actresses nominated for performances in leading roles.

Denzel has the most Best Actor nominations with 4, followed by Morgan Freeman with 3; though Morgan has never won it!

Chiwetel Ejiofor was the most recent nominee in that category for his performance in "12 Years A Slave."

In honor of Poitier’s history-making win, those in NYC should be aware of an ongoing retrospective of his films at the Museum of the Moving Image in Queens, which kicked off on April 9th, and will run through the 17th.

Also, in the first video below, Sidney accepts the 1964 Oscar for Best Actor from Anne Bancroft; and in the clip underneath, Denzel Washington serves Sir Sidney with an Honorary Oscar during the 74th Annual Academy Awards ceremony, in 2002.