Today in History Martin Luther King, Jr. Was Assassinated - What Happened to Forest Whitaker's Film on the Subject? 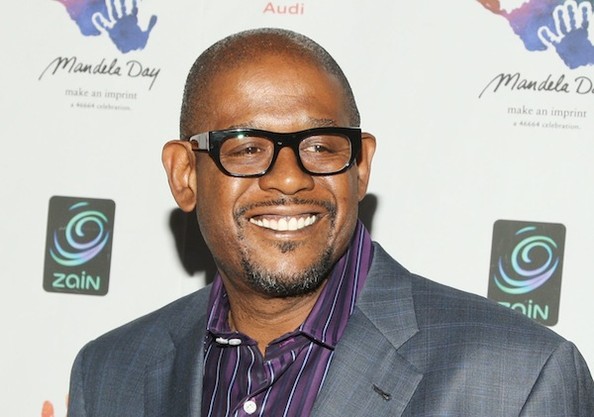 Today in history, April 4, 1968, Dr. Martin Luther King, Jr. was killed while standing on the balcony of the Lorraine Motel in Memphis, TN. He was just 39 years young.

One of at least 4 film projects that have long been in the works based on either the life of MLK, this one specifically focusing on his assassination in 1968, is director "Memphis," which, at one time a few years ago, seemed like a sure-thing, before the studio initially set to back it, Universal Pictures, decided against financing and distributing the film.

Paul Greengrass (of "Bourne" fame and more) was attached to direct it.

However, despite Universal’s withdrawal, the project wasn’t entirely dead. In November 2012, it looked like it was back in motion, when French distribution company Wild Bunch, came on-board, with super producer Scott Rudin attached, after almost a year in hiatus.

The script was said to be "Oscar caliber stuff," by those who claimed to have read it at the time.

Last we reported on it was in mid-2013 when it was announced that Forest Whitaker had signed up to play Martin Luther King Jr. in Greengrass’ film, and that Abu Dhabi-based Veritas Films had joined Wild Bunch in financing the film, which, at the time, looked like it would be Greengrass’ next project, to be shot in a similar "docu-style" as he did with "United 93."

As I said at the time, it would likely be one of those *biopics* that is made without the approval of those protecting the image of the subject, because, as we reported, the script Greengrass was to direct from had received much push-back. Word on the street was that there was pressure from the MLK estate (and Andrew Young’s objections) to call off the project, because they were unhappy with the direction the proposed "warts and all" script took. What we did know was that the film was supposed to focus on the events leading up to King’s assassination in Memphis, Tennessee, while he was trying to organize the city’s sanitation workers in spring of 1968; but it would have also highlighted his infidelity, which there was strong opposition to. In addition, there was to be focus on the manhunt for James Earl Ray.

That was in 2013. A google search this morning returned nothing in terms of updates on the project since then. And the IMDB pages for both Greengrass and Whitaker don’t list "Memphis" as an upcoming project, so maybe it’s safe to assume that it’s dead or in Limbo, and may surface at some point in the future, just as other MLK projects that initially faced objections and other hurdles, would eventually. For example, Lee Daniels’ "Selma," which was announced before Greengrass’ project, and was once thought to be his next film right after "Precious." It eventually went to Ava DuVernay years later.

One other MLK project that seemed like a sure-thing was the Oprah Winfrey/HBO/Steven Spielberg/DreamWorks project that actually did have the backing of King’s estate – the only one that we’re aware of, with the estate’s approval.

No word on where that project stands either.

I actually would like to see what Greengrass could’ve done with his assassination pic. The urgency in his docu-style of filmmaking I think would work well with that particular narrative. I can *see* it.

The most recent item I found online was a December 2013 interview with Deadline, in which Greengrass shared the following about the project (he was plugging "Captain Phillips" at the time): "You’ll definitely see it [‘Memphis’], I’m just not quite ready to do it yet. I don’t think it will be next. I didn’t want ‘Memphis’ to come out when it was all about the King of ‘I have a dream.’ There’s an arc to that very great life, somewhat the reverse of Mandela’s life. 1963 was a moment of transcendent oratorical achievement that in the following year ushered in busing rights and other civil rights acts. I was more interested in the King of 68, very late in his life, when I think he was having a crisis of faith. That felt real to me. My family, on my father’s side, is strict Baptist. I understand the valleys and the mountains of growing up with that, in a British context. The way I see it is, any time between now and four or five years’ time it will be time to make that movie. I also need to meet the actor who’ll play him."

Of course that was after the announcement of Forest Whitaker’s attachment. So based on what Greengrass says about needing to "meet the actor who’ll play him," it doesn’t appear Whitaker was his guy. Unless Whitaker actually may play another role in the film, and not MLK, which makes the most sense to me, because I just can’t see him as MLK. Or maybe Whitaker was attached at the time when it looked like the project was a definite "go," but he later had to drop out because production had to be pushed back again.

Also, Greengrass’ timeline ("four or five years" from the time of that December 2013 Deadline interview, as he states) would suggest a 2017/2018 date for the film. So maybe it’s still very much alive!