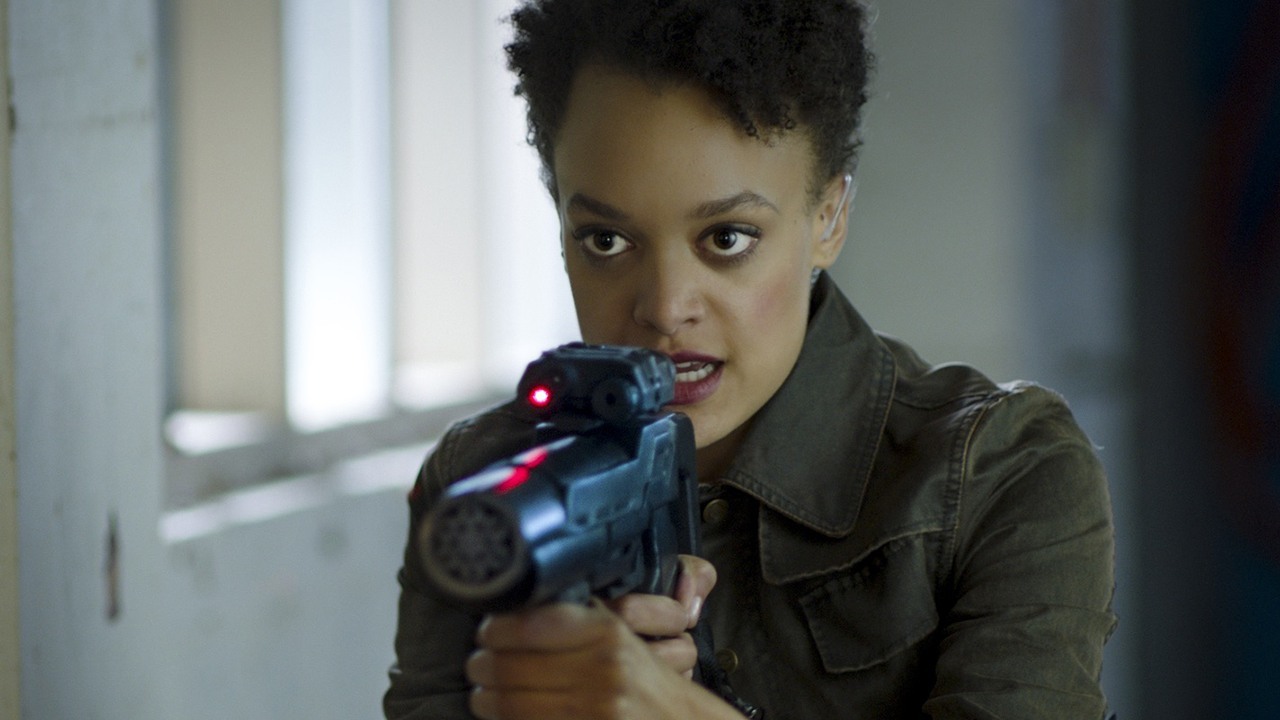 Britne Oldford ("American Horror Story") plays the female lead in the 13-episode loose adaptation of Whitley Strieber’s best-selling novel "Alien Hunter," which tells the story of a brilliant police detective’s obsessive investigation into the mysterious disappearance of his wife, which he eventually concludes wasn’t at all voluntary, even though it initially appears that way. Somebody is taking people and making it look like they walked out on their own. As the detective gets closer to the truth, his work comes to the attention of a Special Agent, a member of the most secret police unit on the planet, tasked with seeking out the most brilliant and lethal criminals, but from another world – alien terrorists. The Special Agent leads the detective into a hidden fantastical world of extraordinary challenge and danger, as they take on the most difficult police assignment ever known to man.

In the gritty sci-fi adaptation, Nathan Phillips stars, and Britne Olford plays a version of the Special Agent, named Regan, who’s described as a valuable ETU operative keeping secrets of her own.

"Hunters" is from executive producers Gale Anne Hurd ("The Walking Dead," "The Terminator Trilogy") and Natalie Chaidez ("12 Monkeys," "Heroes"), who will also serve as showrunner, and Emile Levisetti ("Royal Pains").