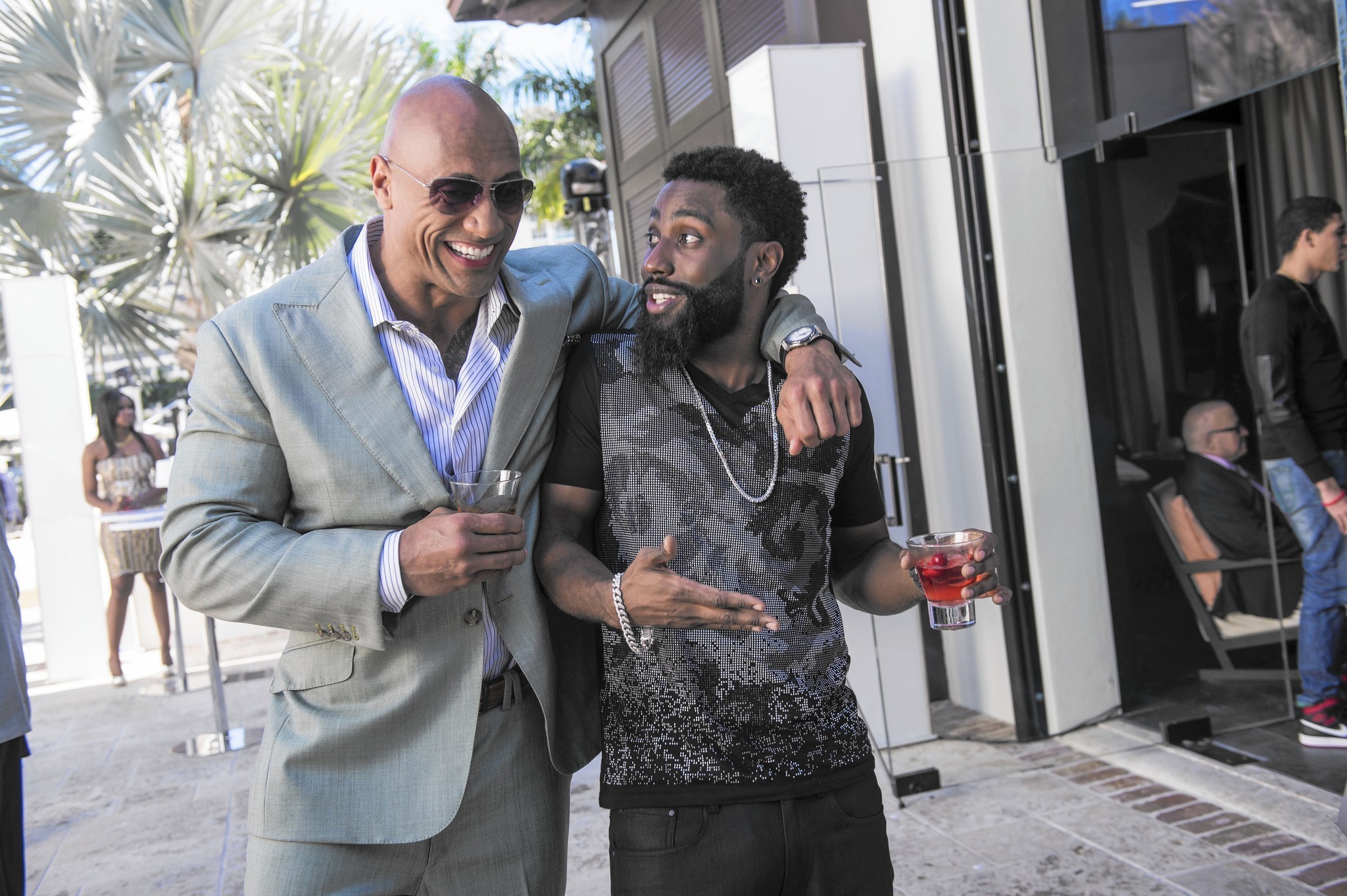 Dwayne Johnson returns as Spencer Strasmore for season 2 of "Ballers" on July 17 at 10PM on HBO. The network has released a first trailer for the upcoming new season.

Looking at the lives of former and current football players, "Ballers" follows former superstar Spencer Strasmore (played by Dwayne “The Rock” Johnson) as he gets his life on track in retirement, while mentoring other current and former players through the daily grind of the business of football.

“The charismatic and hugely talented Dwayne Johnson, along with the rest of the ‘Ballers’ cast, has truly struck a chord with the HBO audience,” said Michael Lombardo, president, HBO Programming. “We are thrilled with the overwhelming response the series has received and look forward to another exciting season.”

It’s not a series that’s hooked me, and I’m actually a Dwayne Johnson fan, and I watched every episode of season 1. But maybe I’m not its target audience, and there’s just so much fighting for my attention.

I’m just one voice; here’s a sample of what critics have said bout it:

HitFix: Johnson’s generally been smart in his career choices, and it’s not hard to understand why he might want to expand his horizons, both in the kind of roles he plays and where he plays them. And "Ballers" is ultimately too forgettable to hurt him in any way; he’s too big and powerful and charming for all of that. But considering all the great work being done in TV at the moment, in both comedy and drama, and the value Johnson could bring to better shows than this, or vice versa, it’s a missed opportunity at a minimum.

AV Club: Even when the performers are at their best, Ballers makes a case for getting them better material. Like Entourage, Ballers is infectious precisely because it emphasizes surfaces over depths and requires almost nothing from the audience. The carefree, sun-soaked Miami of Ballers makes a terrific summer destination, and thanks to some shrewd music supervision, it also sounds good. (There’s a case to be made for any show that provides a wider platform for Slave’s “Watching You.”) But Ballers is hollow at its core.

Variety: Capitalizing on the mix of money and groupies that surround major sports in the same way they do Hollywood, this series created by an alum of that aforementioned HBO franchise, Stephen Levinson, is perhaps most notable for bringing Dwayne Johnson to TV (outside of the wresting ring), in a role that capitalizes on his football-playing past and knack for comedy. Still, he’s mostly the straight man… in what could easily be marketed as “ ‘Entourage’ … with balls.”

The Hollywood Reporter: You know the type: the basic- and pay-cable male antihero. Walter White. Don Draper. Dr. John Thackery. Tony Soprano. Those charismatic men of few morals who make being bad alluring, if not downright attractive, even with their occasional gray-zone complications. Usually, they’re played by well-tested character actors who have toiled for years and, suddenly, have a chance to show off the full range of their talent. HBO’s new sports dramedy, Ballers, tweaks the formula slightly by casting a bona fide movie star as one of these bad-boy antagonists — an inspired choice, as it turns out.

First trailer for season 2 below: