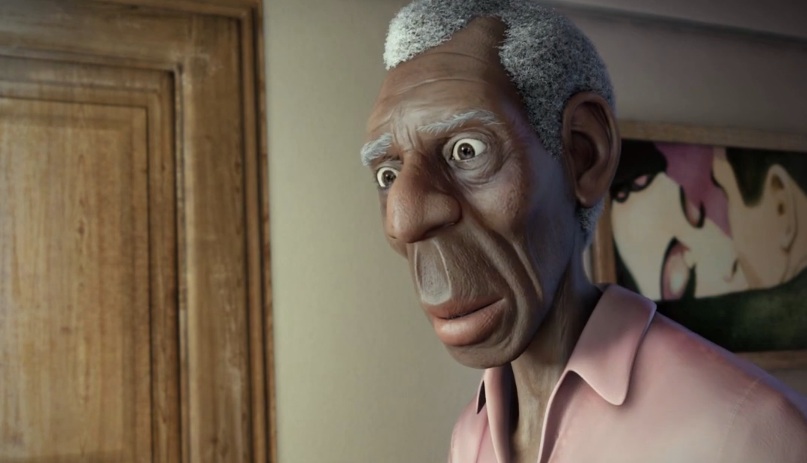 Synopsis: Carl is a man in his fifties, who’s trying to lead a normal life in an unusual situation with his friend Eddy. One day, while he’s looking for food, he finds Sam, unconscious. Carl brings him back home. When Sam wakes up, he will question Carl’s way of life. The latter is going to understand his meeting is maybe not due to chance.

To say more would be to give the film away, so I’ll just let you watch it and decipher on your own: