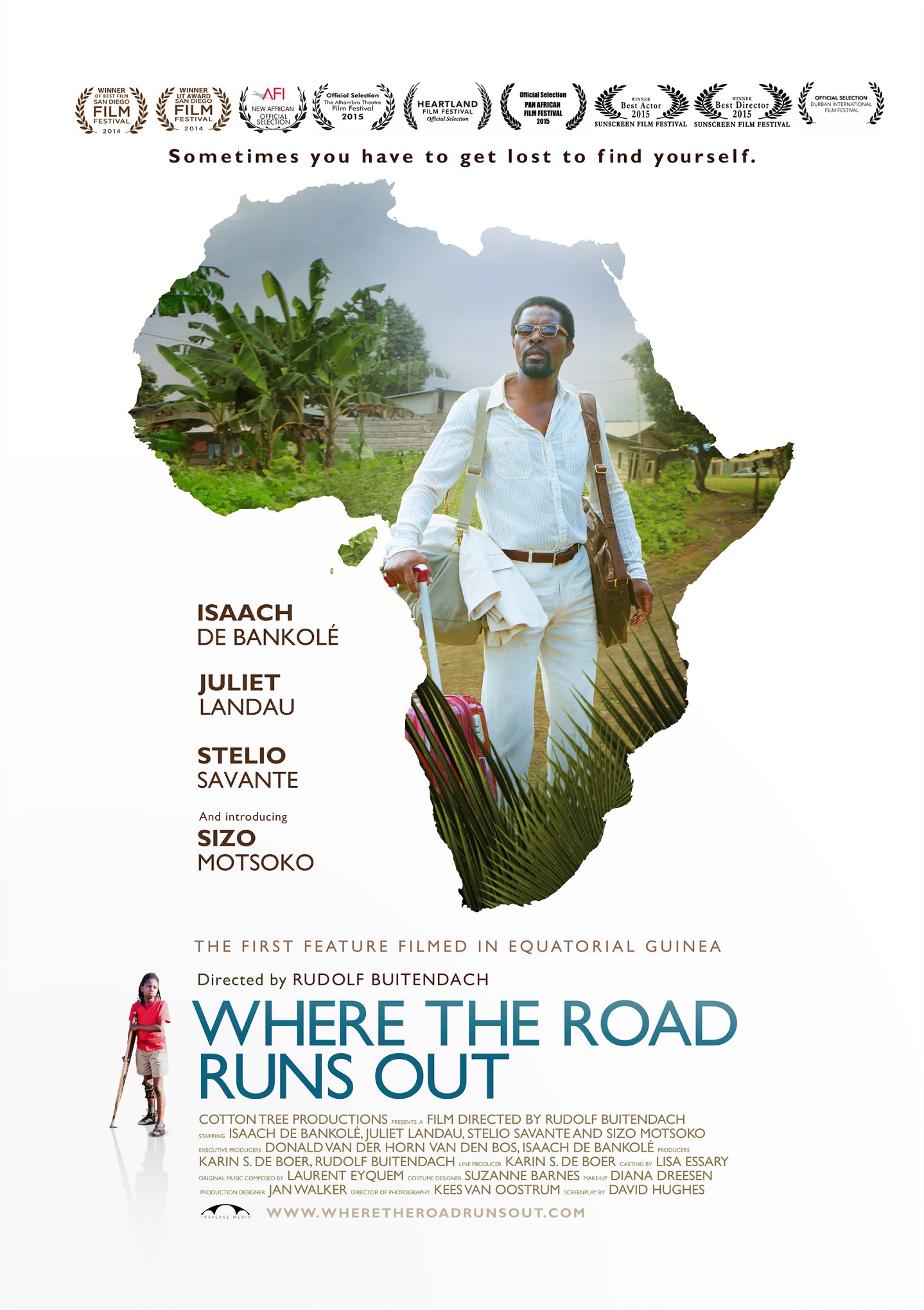 The first feature film to shoot in Equatorial Guinea, "Where The Road Runs Out," is getting a USA run, starting April 8-10 at the Scottsdale Center for the Performing Arts, Stage 2, in Scottsdale, AZ.

The multiple film festival award winner stars Isaach De Bankolé, Juliet Landau, and Stelio Savante, in a story about a Rotterdam-based respected scientist and lecturer (Isaach De Bankole) who has grown weary of the world of academia. The sudden death of an old friend who has been running a field research station in Africa gives him the incentive he needs to turn his back on his academia and return to his African roots. Arriving in Equatorial Guinea he finds the field station in a state of disrepair. Through a local boy Jimi, his jaded eyes are opened to the possibilities of life there. Jimi also introduces him to Corina (Juliet Landau) who runs the local orphanage and a tentative but heartfelt romance begins. With the unexpected arrival of George’s old friend Martin (Stelio Savante), George discovers there are many obstacles on the road to redemption… and many more where the road runs out.

The film was written by David Hughes, and is directed by Rudolf Buitendach, and produced by Cotton Tree Productions, and is repped by Fairway Film Alliance

For further details on its Scottsdale playdates, visit: http://www.scottsdaleperformingarts.org/scottsdale-cinematheque/.