Why we need more stories like Disney's 'Queen of Katwe'

Disney's Queen of Katwe is unlike any other story they've done. It's unlike any story that most studios in Hollywood have done. It's an inspiring, based-on-true-life tale of a young girl from the slums of Uganda whose determination to win flips her entire life upside down.

That young girl is Phiona Mutesi, a child prodigy who won the National Junior Chess Championship in Uganda when she was 11 years old. She had all of the odds against her. She never knew where her next meal would come from. Her mother couldn't afford to send her, or her siblings, to school. And, some days, her family didn't know if they'd have a roof over their head to sleep under.

When I first sat down to watch the film, I didn't know anything about Queen of Katwe. I didn't know who Phiona Mutesi was or the significance of the title. I only knew two things: that Lupita Nyong'o was a part of the cast and that I had to support it because seeing this movie was an investment in the black community. But I left the theatre feeling more inspired than ever.

Phiona is all of us. She's every single one of us who has to fight against adversity to 'win.' She's every last one of us whose determination demolishes roadblocks and slides under obstacles. She's an inspiration to do better and be better despite what the world throws at us. But we already know this. So the question remains, why does her story matter? 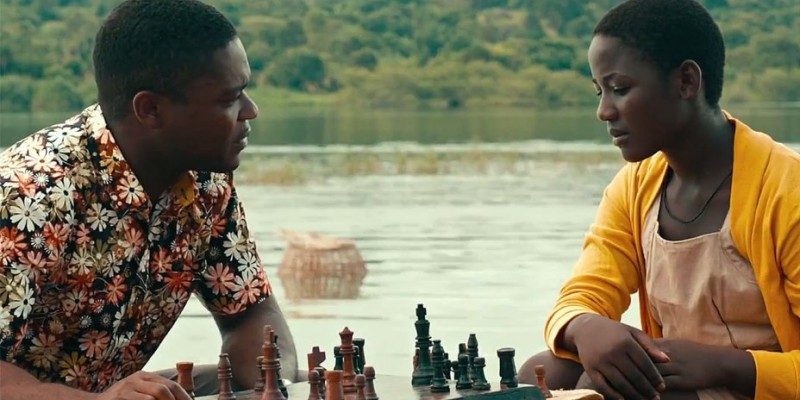 Box office dollars matter when it comes to our stories. White Hollywood is always quick to pull out numbers when defending the lack of diversity in the industry and on the big screen. In the same way that ratings matter, showing up in theaters matters just as much (if not more).

And, as we have always known, representation matters. When we have movies like Queen of Katwe, especially from Disney, the world sees us differently. Images of people of color as villains and embodiments of detrimental stereotypes fall to the ground with films like this. We know that we are magic, but the rest of the world doesn't always see it.

The best thing about Queen of Katwe's presence in mainstream is that there are so many inspiring stories from the African diaspora that could use the big screen as a stage. Imagine if Disney tapped into the story of the girls in South Africa who protested the racist hair policies of their school. Imagine if any major studio in Hollywood did that. These stories of black excellence and joy could change the face of Hollywood and Queen of Katwe is only the beginning.

What stories do you want to see on the big screen next? Let us know in the comments below!